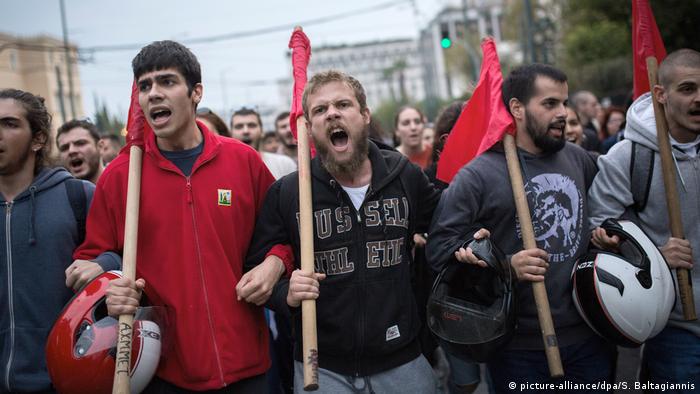 Some 20,000 people marched under heavy police guard through the capital, Athens, on Sunday, commemorating 46 years since the student-led uprising against the junta.

Around 5,000 police were deployed to prevent clashes with anarchists and other extreme leftist groups, but the march remained mostly peaceful.

It was the first major protest under the conservative administration of Prime Minister Kyriakos Mitsotakis, who was elected in July after pledging to strengthen law and order.

The annual November 17 march traditionally begins at the Athens Polytechnic, where the 1973 uprising began, and ends in front of the US embassy. Many Greeks blame Washington still today for its support of the junta that ruled the country from 1967 to 1974.

The army responded to the student rebellion with a violent crackdown that resulted in at least 24 deaths. 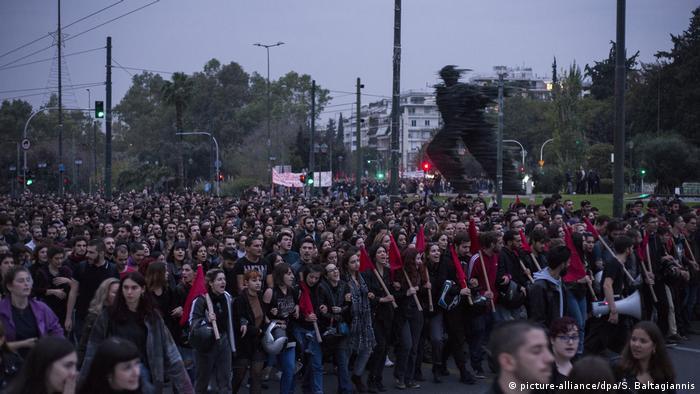 This year's anniversary march took place amid heightened tensions after the new government scrapped a law that prevented police from entering university campuses. Leftists and anarchists are demanding the law be reinstated. They've also criticized the government for recent police operations against anarchist squats.

Among the demonstrators in Athens was former Prime Minister Alexis Tsipras of the leftist Syriza party.

There were also marches in other parts of the country. In Greece's second-largest city, Thessaloniki, around 10,000 people took to the streets.

Police say they arrested 28 people in clashes after the Athens march, while 10 arrests were made in Thessaloniki.