Greek civilian militias patrol border amid migrant and refugee crisis | Europe | News and current affairs from around the continent | DW | 09.03.2020 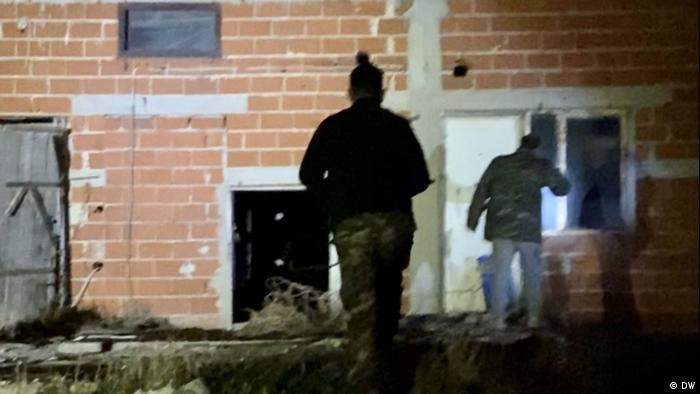 A small group of men in uniforms has gathered outside a Greek village cafe — the only one still open at this late hour. The Turkish border is just a stone's throw from here. It's just after 11 p.m., and even though spring is nearing, it is still fairly cold. The men seem tired and tense.

"I wonder what will happen tonight," one of them says. Another in the group remarks that he hopes things will stay calm, recalling how, just the other day, one of them was attacked by someone wielding a knife.

"Let's head out," a third member of the group says, and they all climb into their jeeps. The men, who are between the ages of 40 and 50, are going on patrol along the Greek-Turkish border. They are members of the local National Guard battalion, a group of civilians organized, trained and deployed by the Greek military, unlike self-declared civilian militias.

One of them, whom we'll call Dimitris, explains that "at the moment, we are on patrol to catch refugees and migrants who have illegally crossed the Greek border." He says when they find someone, they apprehend the person and call in Greek police to take over.

Dimitris says usually members of his group carry arms, but because they have not been officially dispatched by the Greek army, they will "patrol unarmed" — even though he admits later that they have weapons with them "just in case."

Armed by the Greek military

The men have reached their first stop: an abandoned building, located several kilometers (miles) from their village. They direct their vehicles' headlights onto the dilapidated house to wake up anyone who might be sheltering inside. But the building is empty, save for several cans of food and firewood — evidence that in the past, people must have briefly stayed here. 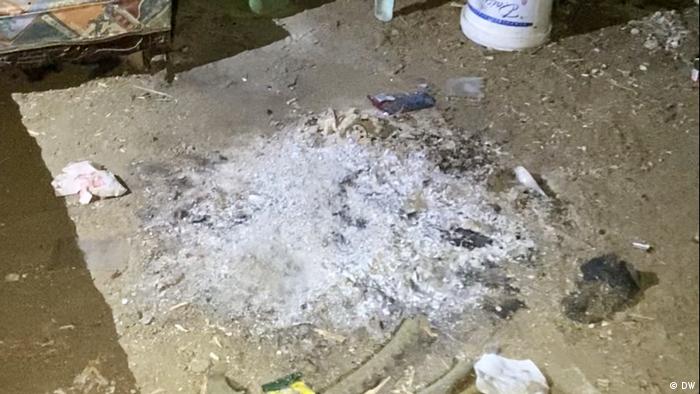 The National Guard members found ash and food remnants in the house, but no people

The long-vacant building is popular with refugees and migrants who have made it across the Greek border despite a strong police and army presence in the area. I ask the men why so many refugees and migrants seem to know about this abandoned building. The reason, Yorgos (not his real name) tells me, is that "they have routes mapped out on their phones, which proves all this has been organized by [Turkish President] Erdogan." But when I interject that highly organized people-smugglers could just as well account for this, I receive no response.

Assisting the army when needed

Greece's National Guard was established in 1982 as an official part of the Greek army. There are units based in many Greek border regions, both on the mainland and some of its islands. The organization's main job is to help protect Greece and assist the military. This is why National Guard members undergo weekly training, mostly consisting of target practice, run by the Greek army. 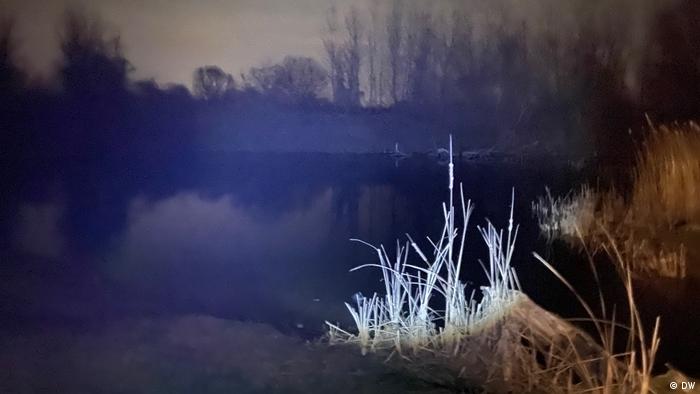 The Evros River runs along much of the frontier

They were called upon, for instance, during the 1996 Imia/Kardak crisis, when a territorial dispute erupted between Greece and Turkey over two uninhabited islands in the Aegean Sea that could have escalated into armed conflict.

National Guard units based along the Evros River, which forms a natural frontier between Greece and Turkey, have not yet been officially deployed by the Greek army. That is why they decided to merely patrol through Greek villages in this border region, which has seen clashes between migrants, refugees and border guards.Dimitris says he is eager to help keep local villages safe and protect peoples' property. "That's why I'm involved," he says.

On the patrol's second stop at a small church, some National Guard members claim that refugees and migrants who have made it into Greece wreck chaos and burn down property. Georg tells me "we have to protect our belongings," adding that they're also motivated by a sense of national pride to protect "our homeland and villages." Indeed, National Guard units may serve only in and around their home village, town or city.

At just after 2 a.m., the men end their patrol and return to their home village. It was a quiet night — no migrants or refugees, nothing to report. But the National Guard members have the satisfied feeling that their village is safe for the time being.

The German chancellor has accused Turkey of trying to "solve its problems on the backs of refugees" attempting to enter the EU through Greece. Turkey's Erdogan is in Brussels to discuss the unfolding crisis. (09.03.2020)