Greece′s hospitals are ill-suited homes for kids | Europe | News and current affairs from around the continent | DW | 23.06.2019

Vulnerable and abandoned children languish in unsuitable hospitals for years in Greece, even when they are not ill. A new foster care system might offer a solution, but it remains incomplete. 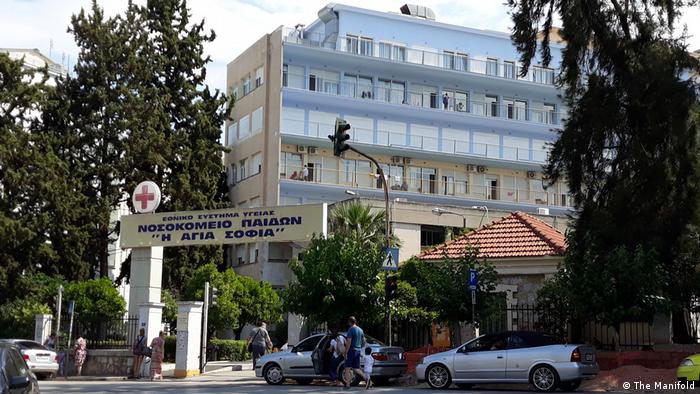 In the lobby of Athens' Aghia Sofia Pediatric Hospital, a young female NGO volunteer is taking a boy for a stroll. He looks to be around five and appears to have a mild disability. She tries to entertain him by getting him to play with a public phone. It seems to work; he is smiling as he listens in on the disengaged line.

He is one of about 30 children who are currently stranded in the hospital, confined to the life of a patient, without actually being in need of hospitalization. Some have been abandoned by their parents. Others are there because a public prosecutor has ordered their removal from their families, following allegations of neglect or abuse.

Public prosecutors in Greece have been using hospitals to accommodate such children for many decades — at least 25 years, according to Sofia Konstantelia, head of the Welfare Center of Attica Prefecture.

Although the hospital staff cares for the children, and volunteers from NGOs take it upon themselves to offer emotional support, there is wide agreement among experts that a hospital is not equipped to handle such cases, especially for prolonged periods.

"I faced this issue myself," Xeni Dimitriou, chief prosecutor for the Greek Supreme Court, said, when we asked her about how widespread this practice is. "When I was a public prosecutor for minors, and I didn't have anywhere to place the child, our only solution was the hospital, where the child would, in any case, have to go in order to be examined. Children, however, remained there for long periods, and this is still going on today, although to a smaller extent."

In the past, more than 200 children — whose ages range from toddler to teenager — went through extended hospital confinement in a single year. The head of Aghia Sofia Hospital's Social Services, Xenia Apostola, told us that the number spiked during the early years of the Greek crisis. Today, according to the Greek Union of Public Hospital Employees, over 70 children are housed in hospitals in and around Athens.

Some of these children spend over six months in the hospital before authorities are able to secure a place in a children's home. For children with disabilities, the waiting period can be years. In one case that we were able to confirm, a newborn child with a disability remained in Aghia Sofia until it was three years old, without ever leaving the building. In another, a disabled child lived in the hospital for over seven years, before being relocated to a specialized institution. 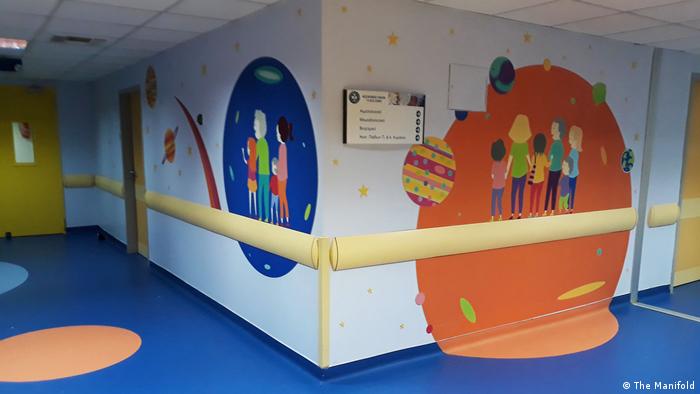 Children may spend months or even years living at the hospital

Giorgos Nikolaidis, a psychiatrist and chairman of the Council of Europe Lanzarote Committee, which monitors the Convention on the Protection of Children against Sexual Exploitation and Sexual Abuse, believes that confining children who are removed from their families by prosecutors to hospitals is "indicative of the lack of other, more appropriate systems of child protection, such as emergency foster care."

In the last few months, protesting hospital workers have become increasingly vocal. Although Apostola is quick to say that "it's not the children's fault," workers' unions have complained that some of the teenage children have been harassing and even assaulting staff.

In response to the protests, services responsible for child protection offered partial solutions, such as the Welfare Center of Attica relocating seven children, who were under four, to its facilities. The Ministry of Health committed to creating new shelters, where all the "hospital children" would be moved by the end of June, and which they told us will begin operating in July.

Most experts, however, do not agree that new shelters for the children are a solution the government should be pursuing. Greece is one of the last countries in Europe where child protection services rely almost exclusively on institutions, or children's homes, operated by the state, the Greek Orthodox Church, or various NGOs.

Nikolaidis, who also heads the Mental Health Department of the Institute of Child Health, a semi-independent institution overseen by the Ministry of Health, questions why some officials insist in this case on steering child protection in an ineffective and harmful direction. "The answer," he said, "probably lies in prioritizing the interests of other groups, instead of the children's. The hospitals need to free their beds, some people want to secure contracts for the new shelters, authorities feel more comfortable with having the children in one place." 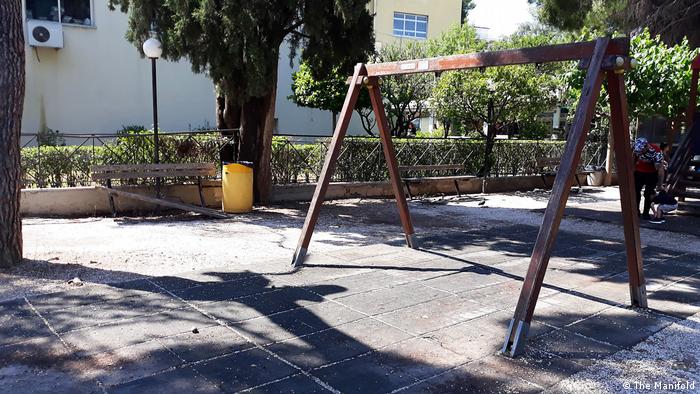 "There are too many institutions already," Konstantelia agrees. She also believes that instead of children's homes, the solution lies in foster care.

In Greece, there is no uniform protocol or authority on child protection, or even a coherent way of keeping track of children in the system. There are hundreds of services across the country, with fragmented mandates and responsibilities, and little to no communication between them. Informal networks of cooperation between experts often step in to offset the direst consequences, but cuts in budgets and personnel during the country's economic crisis have hardly helped.

Although plans to overhaul child protection services by successive governments in the past ended in failure, the current government has taken steps that experts believe to be positive. A register where institutions — public or private — now have to record all children in their care is in the works. "We have already started uploading our children's files to the register," Konstantelia told us.

Another important step was a new law on foster care, which will now be administered through the new register. According to a statement by the deputy minister of social solidarity, Theano Fotiou, over 130 applications have been filed through the new system by prospective foster parents, and another 600 for long-term adoption.

Read more: Chasing a lie from Switzerland to Sri Lanka

Progress is slow, however. Although all institutions are required to use the new register, there is no guarantee that they will do so quickly. And more specialized forms of foster care — such as emergency and professional foster care — require complicated vetting protocols that are still incomplete, as well as funds that have not yet been allocated. It is unclear how the snap general election called for July 7 by the prime minister, Alexis Tsipras, will impact the implementation of the new measures.

"I think foster care is the ideal solution," Dimitriou says. "Foster parents often have their faults like everyone else, but it's still a family, it's specialized care for a child." She fears though, that Greek society is not "open enough" to embrace foster care, but this could be changed through practice. At the moment, however, there is no communication campaign aimed at increasing public awareness of the new foster care system.

At the entrance to Aghia Sofia hospital, an elderly man in a wheelchair alongside a young woman, who appear to have been visiting a patient, are getting some air. A volunteer walks by them, escorting a boy of about 15 to a car, pushing a cart with his belongings. The car belongs to an NGO that runs children's homes. He looks worried, and she tries to reassure him. For a moment, the eyes of the child meet those of the man in the wheelchair, with the kind of empathy that people develop in such circumstances.

"Whoever isn't 'productive' is worthless," said a woman forced to abandon her studies when her disability could not be accommodated. When it comes to inclusion, German schools and universities have a long way to go. (11.03.2019)

Gangs and drug dealers are acting with impunity at Greek universities. A controversial law forbids authorities from entering state campuses and the government is refusing to budge. Anthee Carassava reports from Athens. (09.11.2018)