Gangs and drug dealers are acting with impunity at Greek universities. A controversial law forbids authorities from entering state campuses and the government is refusing to budge. Anthee Carassava reports from Athens. 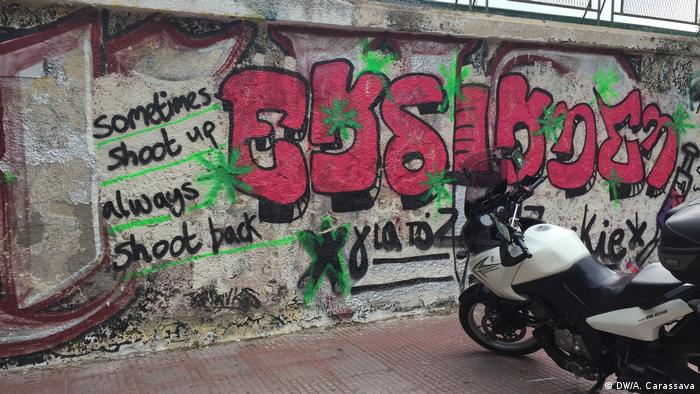 When George Michalopoulos, a freshman at the Athens University of Economics and Business (ASOE), one of Greece's top universities, went to register for classes in September, the 18-year old was shocked to see dozens of destitute and disheveled men, lined up at the campus entrance, shooting up drugs of all types.

"It was a rude and awful awakening," he told DW. "It shocked and scared every morsel inside me — not because I feared an attack by an addict, but because no one was doing anything about it. It had just been left to fester, like it has been for decades."

But now, in a desperate call for action, Greek academics are urging the leftist government to crack down on drug gangs at state universities, warning that staff and students' lives are in grave danger.

The appeal by the POSDEP federation that represents the nation's top professors and researchers, follows protest action taken by academics in Athens. College classes were called off for a day last week to pressure the government to clear up campus grounds that have turned into drug dens and safe havens for offenders exploiting a contentious law banning police from setting foot on campus grounds. 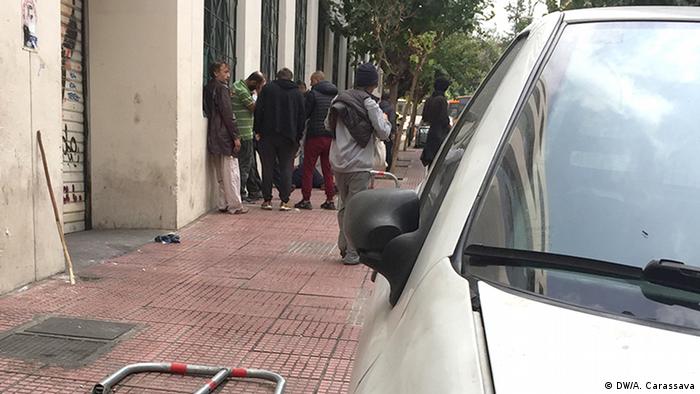 The controversial legislation was introduced in the 1980s in response to a seven-year military dictatorship that sent tanks to quash a 1973 student uprising in central Athens. While the law opts to safeguard the freedom of liberal thought, it has given drug dealers, addicts and other criminals a free hand to overrun campuses will illicit activity, posing a threat to students and staff. The rules were scrapped in 2011 but reinstated six years later by the leftist government of Prime Minister Alexis Tsipras.

"We have exhausted all our administrative, financial and legal resources in addressing this matter," the academics said in the call for action. "But the reality is that drug gangs have taken over campus grounds…. And the state must finally assume its responsibility and clean up the situation fast before we mourn the death of a victim."

Student bodies at a rash of universities were also holding urgent assemblies to consider potential action.

"It's terrible," Anastasia Vlachoyanni, an 18-year-old freshman at ASOE, told DW. "You lose all motivation and inspiration when you walk to class in the morning watching mounds of addicts shooting up heroin or smoking crystal meth. "It's not their fault that they have been abandoned, but it's an embarrassing sight that undermines the standing of our school and Greek education as a whole. Most importantly, though, it makes all of us feel extremely vulnerable and unsafe."

Indeed, just meters away, in the front courtyard of ASOE's towering neo-Classical building, groups of Pakistani men were seen huddling over a brown bench, selling heroin, crack cocaine and amphetamines to users freely entering and exiting the university's grounds.

Used syringes and other drug paraphernalia lay scattered along pathways winding through the campus' tree-lined walkways. And on the south-side of ASOE, scores of students were seen maneuvering over an obstacle course of drugged-out users in order to collect textbooks for the fall semester. 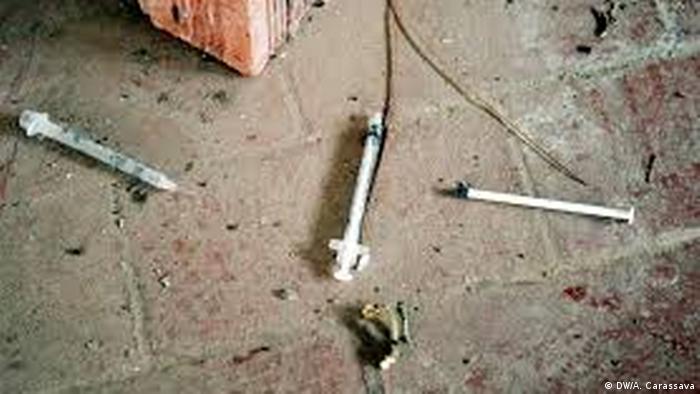 One group of men in frayed wool sweaters lay on the pavement, while a woman with gaunt and rice-paper skin wailed for a hit. And another group of disheveled men, some of them in flannel pajama bottoms, were seen breaking off twigs from campus citrus trees to clean their crack pipes.

"This is nothing compared to what happens at night fall," said Ellie Dokola, a first year computer science student at ASOE. "All of these people take haven inside. And then, prostitutes come out adding another layer to scenes of lawlessness and criminal activity unfolding here."

"Late night reading or studying is out of the question," she told DW.

Similar scenes were also visible at other leading universities including Athens' Law School and the Polytechnic where gangs routinely sneak in to make Molotov cocktail bombs.

"There have always been isolated cases of drug trafficking and criminal activity in Greece's universities," Professor George Babiniotis told DW. "But this situation today is unprecedented. Students, staff and administration — all of us are at a loss."

Experts say the crisis is a byproduct of a brutal eight-year financial recession that has triggered record levels of destitution. Crime rates and drug and alcohol use have skyrocketed, as has prostitution.

But the Tsipras-led government has refused to heed the call, describing any crackdown as going "against democracy."

"That leaves us fending for ourselves," said Michalopoulos, the first-year ASOE student. "We've made it a rule now to never wander around [the grounds] without another student or two. But if the situation deteriorates, we may have no other option than to transfer abroad and leave the country like thousands of other young Greeks."