′Brain drain′ sets in at Greek universities as thousands study abroad | Europe | News and current affairs from around the continent | DW | 12.10.2014

More and more Greeks are moving to Germany to complete their university studies in the hope of improving their chances in the job market. Radical cuts continue to threaten the quality of teaching in Greece. 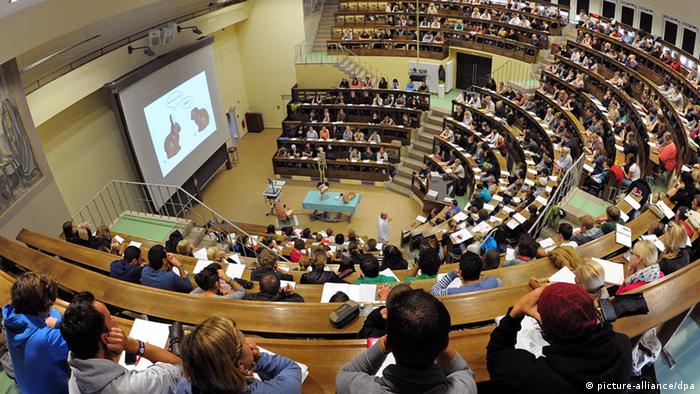 When Alexia Papaioannou decided to begin her studies in Germany, there was an outcry in Greece. "The best of the best emigrate," said the Greek newspaper "Kathimerini." From Athens, 18-year-old Alexia achieved the highest score in Greece's nationwide university entrance exam, has now been studying law in Heidelberg for a year.

Too little money for Greek universities 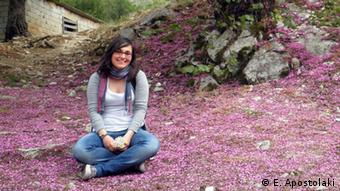 From Corfu to Bonn: Elena Apostolaki now studies in Germany

After graduating with a Bachelor's degree from the Department of Foreign Languages and Translation at the University of Ionischen in Corfu, Elena Apostolaki decided to no longer study in Greece. She successfully applied to study a Master's degree in North American Studies in English at the University of Bonn.

"For me the 'brain drain' is only half of the truth, because many of my friends have stayed in Greece and are struggling," said Apostolaki.

"My goal is to get a Ph.D. position in Berlin, to work a few years in Germany and then go back again." But the 27-year-old said she was unsure whether the Greek job market will ease in the coming years. According to Eurostat, the unemployment rate in the crisis-torn country currently stands at 27 percent.

"For the past four to five years, young Greeks have been studying abroad earlier and earlier, in the hope that they'll find work faster and easier afterwards. My children are also in Germany," said sociology professor Skevos Papaioannou.

The former dean of the Department for Social Sciences at the University of Crete retired, somewhat reluctantly, in September. "My position hasn't been advertised and there isn't a substitute. For years we've had problems as a result of staff redundancies and the burden of the high overheads."

Last week, the University of Crete was the only Greek university to feature in the Times Higher Education Ranking of the worlds top 400 universities. This says nothing to Papaioannou about the current situation.

"The universities' problems don't go unnoticed by the students," said Apostolaki. "I hope that there won't be any more detrimental changes to the education system. Education is a country's most important asset." 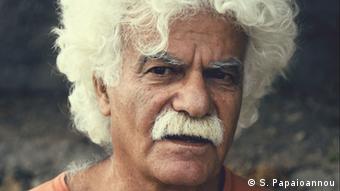 The future, however, isn't looking bright. In 2011, the annual Ministry of Education budget for the University of Crete was 17.5 million euros ($22.1 million). In 2012, the budget was cut by 75 percent and in the following years by a further 15. Next year there will be yet another cut of 23 percent.

"In real terms that means 3.1 million euros remain. The overheads for the university alone, for electricity and heating and other things, are estimated at 6 million euros," said Papaioannou.

Chrysi-Maria Nikiforaki left the University of Crete three weeks ago to begin her year abroad in Germany, where the 22-year-old successfully applied to study Classical Philology at Georg August University in the central German city of Göttingen. She said she sees her time abroad as part of the European education program "Erasmus+" as a great opportunity.

"Later I'd like to do my Master's abroad, preferably in Germany," she said. "That's why alongside my seminars I'm taking as many German classes as possible."

As her Erasmus grant only covers her rent, Nikiforaki said she currently looking for a part-time job where she'll also be able to improve her German. 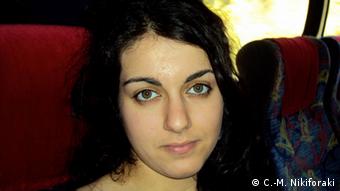 "At the moment the numbers aren't increasing, but I'd be reluctant to say it's a sign of recovery from the crisis. It's more a sign that money's tight," said Drissner.

The money's not only a problem for students studying abroad, but for the Greek professors as well. During the summer semester Skevos Papaioannou went to the University of Kassel in central Germany as a guest lecturer and saw the difference between the German and Greek university systems.

"In Greece only universities carry out research and since the beginning of the crisis, all the money for such investments has been cut," he said. "You can't even do one small study with students because you don't have the one or two thousand euros leftover. It's very frustrating."

The professor sais she fears that if investments and jobs fail to return to Greece, more young Greeks with follow in the footsteps of Elena Apostolaki and Chrysi-Maria and study abroad.

The IMF has called for decisive measures to bolster flagging economic growth worldwide. But Germany's finance minister has warned against alarmist predictions about a slide back into recession. (12.10.2014)

EU looking to get young people back to work

After Berlin and Paris in 2013, the EU has called for a third summit to discuss ways of boosting growth and jobs across Europe. Politicians meeting in Milan face a challenge, and so far have had only limited success. (08.10.2014)

Tentative signs of recovery irrelevant for most Greeks

Tourism has picked up again, but for ordinary Greeks, that's beside the point. One in three is unemployed, almost everyone else gets paid less, sometimes not even on time. DW gauges the mood. (01.10.2014)