Relegated to the ranks of Greeks made homeless during the country's economic crisis, one 70-year-old man reclaimed some of his past glory by taking matters into his own hands. Demetrios Ioannou reports from Athens. 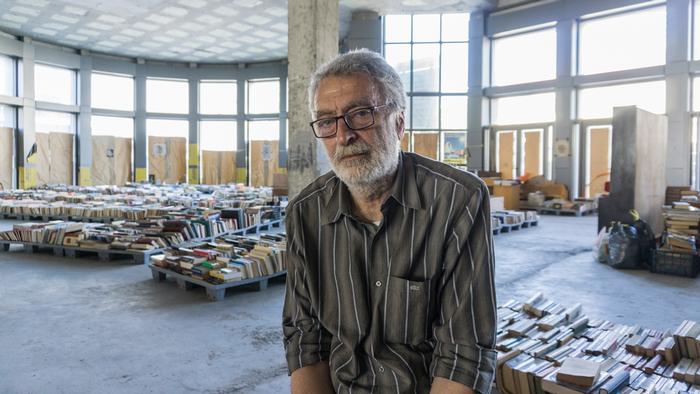 When Leonidas Koursoumis first saw the 400 square meter (4,300 square foot) storehouse, full of dust and leftover building materials, near the center of Athens in February, he was speechless. He knew that even though a lot of work needed to be done, this was a big step toward making his dream come true: to create Greece's first secondhand bookstore run exclusively by homeless people.

For the 70-year-old the previous seven years had been the most difficult in his entire life. After losing his job at the publishing house where he worked for nearly 17 years in early 2012, job opportunities were limited. "It is very difficult for someone my age to find a job," Leonidas pointed out.

Divorced for 25 years, at the time he was living alone in an apartment in downtown Athens. He occasionally made a little money running small errands, but that only covered his basic needs. When that dried up, he left his apartment and for a while was able to live for free in a friend's place. With his savings, he later rented a cheap flat in the Kypseli neighborhood. For the first few months he was doing fine, but eventually his money ran out.

Unable to pay the rent, Leonidas was evicted from his home and started spending his days and nights wandering the streets of Athens. "When I was walking, whenever I felt tired I looked for a quiet place to sleep. I've slept on the ground, in the entrances of apartment buildings in Athens many times." 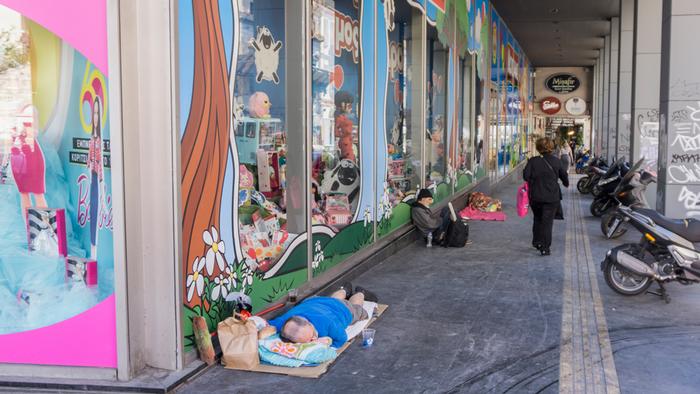 Homelessness in years of crisis

Leonidas is far from alone in that. More and more people have found themselves without a home since the beginning of the country's deep economic recession, which started in late 2009. The unemployment rate has doubled over the past decade. Many have lost their jobs and, unable to find new ones, ended up on the streets — a story shared by most of those made homeless in Greece since the economic crisis began.

"In the beginning it was about 70% foreigners and 30% Greeks [who were homeless]. This has changed drastically in the past few years, especially after 2015," said Eleni Katsouli, president of the Athens Reception and Solidarity Center (KYADA), which serves people in need. "When there is an economic crisis in a country, you don't realize it the moment the crisis hits, because everyone has savings in the bank. But the crisis lasted longer than expected, and the savings are well gone. And we all have become poorer." 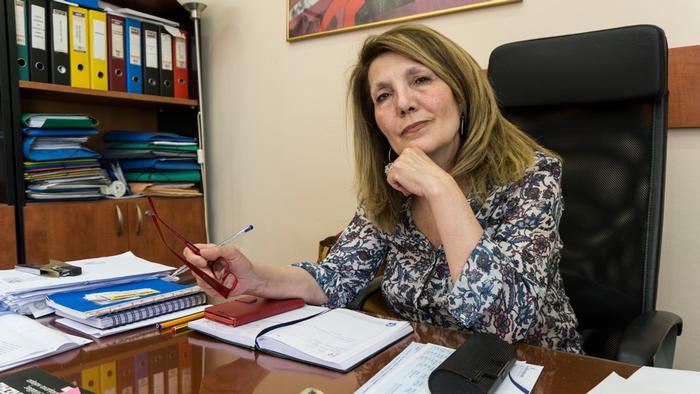 "As the years go by, I see more and more homeless people," said Eleni Katsouli. "Numerous people visit us every day."

Though Greece officially exited its third and final international bailout program last August, it will still take much more time and effort to recover completely. And the country's weak economy is not the only reason for homelessness, Eleni Katsouli points out. "Airbnb completely destroyed everything," she said of the new reality the Greek capital faces. "When someone's income is €550 ($620) per month and [landlords] want €400 for a flat, what will this person do? Pay the rent, the bills or for food?"

According to a 2017 report by FEANTSA (European Federation of National Organizations Working with the Homeless) about 15,000 people are without a home in the wider region of the Attica peninsula, which includes the Greek capital. The actual number though is hard to estimate, as many never ask for help. "I was too proud to let anyone know what I was going through," said Leonidas. "I was ashamed and soon depression hit me. I became completely isolated." 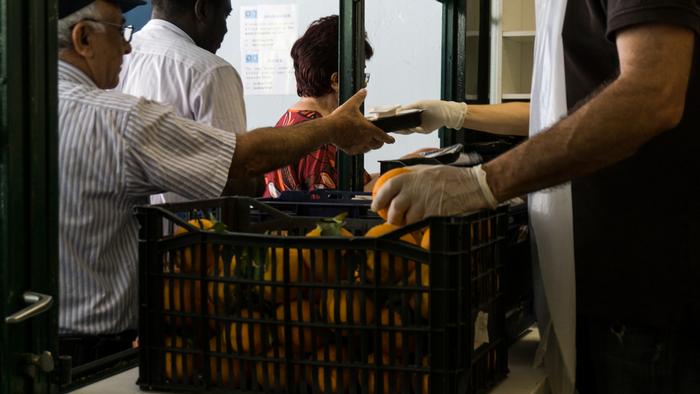 KYADA offers more than 1,300 meals to people in need every day and operates two guest rooms with space for 200

As he wandered the streets Leonidas usually spent his time looking for books that had been discarded in trashcans, which he collected and later sold to secondhand book stalls in Athens' flea market for a few euros. This gave him the idea to open his own secondhand bookstore, where he and the friends he met on the streets — fellow homeless people — could work and make a living.

On a winter's morning in January he woke up determined to make his idea a reality. By this point he had made a home for himself in a storeroom behind a friend's office. He issued a call on Facebook, asking for people to donate books they didn't want anymore. On that first day alone, more than 900 people shared his post. Soon, Greek media picked up on it and started writing about him, helping his story to go viral across the country. This generated a whole wave of people wanting to support his cause, and dozens of packages full of books, sometimes used, sometimes brand new, started arriving at his door.

"We received books from all over the country. We have approximately 50,000 books for sale right now," he said with pride. His book bazaar found its current temporary home thanks to an anonymous donor. 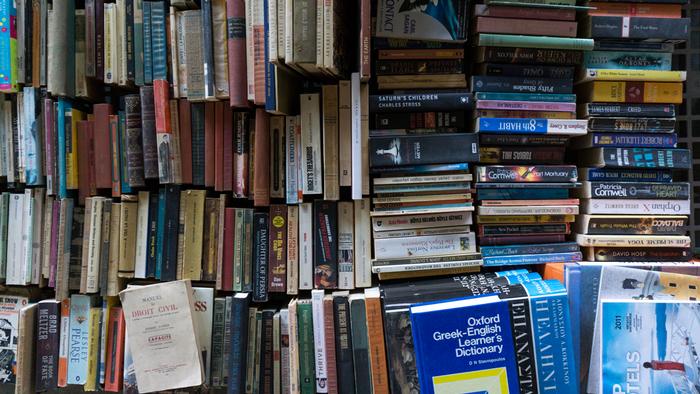 Leonidas Koursoumis' bookstore is open from 11 a.m. to 6 p.m. daily. People come to buy books or to offer ones they no longer need

That first official call to donate was a huge success, as were the ones that followed. "The money we got covered renting a house for six months," he said with a smile.

Today Leonidas has even bigger dreams: He is hopeful that he and his friends can regain part of their old lives. He wants to create a community center run by the homeless for the homeless at the new permanent spot he has found in the Tavros neighborhood. He hopes to move his secondhand bookshop in the next couple of weeks. He wants to help as many homeless people as possible.

"Everything I'm doing now, I do it because I loved all of the people I met on the streets over the past years. I don't do it for me, to look good. I do it for them."

Freed from the strict orders of international creditors, Greece is now witnessing a financial recovery. But years of biting budget cuts have left the country scarred and many Greeks starving. Anthee Carassava reports. (14.12.2018)