Greece wants to open up for tourism, but could it be too soon? | Business | Economy and finance news from a German perspective | DW | 29.04.2020

Greece wants to open up for tourism, but could it be too soon? 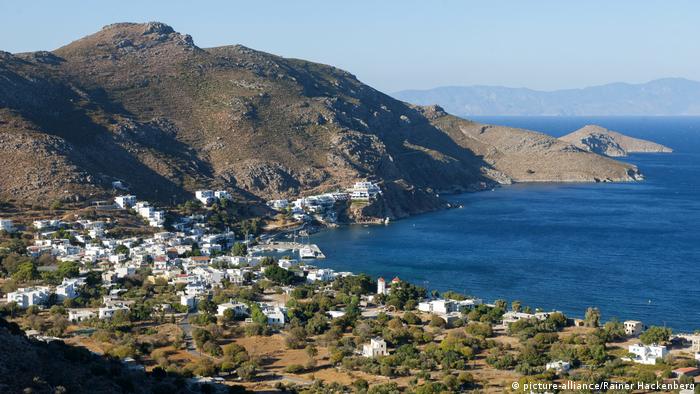 The sun. The sea. The mass cancellations.

Greece's biggest money-making industry, tourism, is set to lose billions of euros this year, pushing as much as 65% of the nation's hotels into bankruptcy, a study here has shown.

For a nation still reeling from a decadelong financial crisis that saw a quarter of its output wiped out, the impact of the deadly coronavirus pandemic has had the government in Athens scrambling.

Greece's feeble fiscal recovery, officials concede, could be in peril. "Forecasts are continuously being revised," says Tourism Minister Harry Theoharis. "At this point, any adjustment being made is downward."

"That means that we are expecting tourism to take a 50% hit this year. And that is the most favorable scenario being put forward in the studies we are conducting," he explains.

With the coronavirus still gripping Europe, Greece's problems echo across the continent.

But for Greece, a sun-kissed nation of 11 million people, the stakes are higher. Tourism accounts for about a fifth of its economy and one in four jobs. That means that next to Cyprus, Greece's heavy reliance on the industry makes it the European Union's second most exposed country in the sector.

It also means that with 16.4% of the workforce unemployed — among the highest in the EU — this season's blow to tourism may spell more pain for Greeks still trying to claw out of a 10-year financial recession that left more than 1.2 million people jobless.

"Every week or fortnight that we can salvage is crucial for the industry and the country," Theoharis says.

Trying to offset the damage

This week, a special government-appointed task force started stitching together plans with tour operators to try and offset some of the damage. Part of the plan being considered, Theohari says, is to try and lure back travelers at a later date, using vouchers from holiday cancellations made earlier in the season to book new stays in the fall months of October and November.

But all bets are on Greece's bid to open up for tourism and travel again in July. The stakes are high. 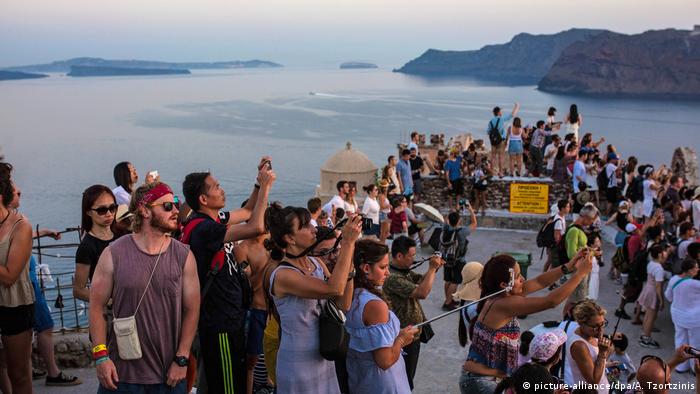 The country's two biggest pools of visitors — British and German nationals — are mixed in their willingness to travel. Britons are canceling holidays en masse, heeding the advice of their government, while Germans, according to a survey by booking portal HolidayCheck, are sticking to travel plans for the summer and the rest of the year, by as much as 40%.

More than half of Greece's overall tourism revenues and 80% of business profits are generated between July and August.

With the government of Prime Minister Kyriakos Mitsotakis pointing to stunning success in containing the coronavirus — a total 2,463 cases and 125 deaths were recorded by Friday last week — Greece hopes its near COVID-19-free standing will help give it an edge over rivals such as traditional holiday destinations in the Mediterranean including Spain, Italy and Turkey.

But on the popular island of Rhodes, where more than 2 million mainly British, German and American tourists flock to each summer, resort owners are already considering the inevitable.

Too much too early?

"For big, resort-type hotels it may just make more sense to shut down entirely for the season," says Manolis Marrkopoulos, head of the island's hotel owners. "Operational costs are just too high to sustain for a crisis that has no clear end date."

Early and rigorous controls taken by the Greek government have helped keep most of the country's idyllic hotspots free of the pandemic. But for travel to resume and tourism to kick off again, all countries have to be clean of the virus, tourism experts insist.

"Quarantines and travel just don't mix," says Lyssandros Tsilidies, the head of Greek tour operators. "Which British national, or German or American, is going to travel half way around the globe for a week's vacation knowing he'll be quarantined for at least 14 days?" he asks.

The government in Athens says it is preparing to enforce strict health clearances for incoming travelers once the country moves to open its borders again. "We are not going to jeopardize the safety of our population and the measures we took for a quick fix," Theoharis said.

Industry officials predict it may take as much as 18 months for tourists to set foot here again in organized forms of travel.

"Normality," says Tsilidis, can only resume when people feel safe to travel again. And that can only come from health experts and the World Health Organization when they announce some sort of cure or vaccine for the coronavirus.” "Only then should Greece open up for business again,” he concluded.