Greece: NGOs accused of stoking unrest in refugee camp | Europe | News and current affairs from around the continent | DW | 10.02.2020 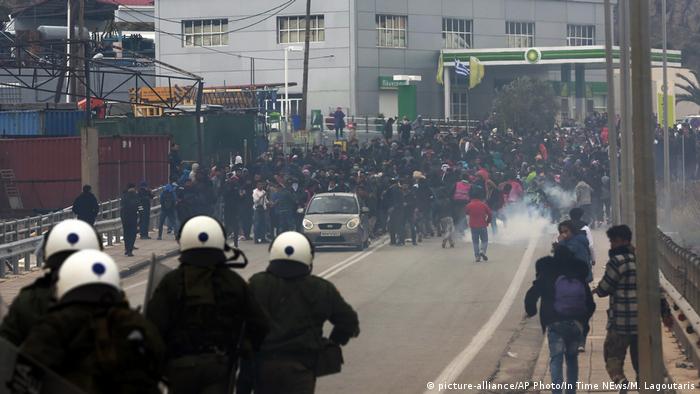 When night falls, the lights shine brightly in the farming village of Moria. Police banter drifts across the winter countryside, and Moria's men — from teenagers to elders — stroll to a crossroad, taking turns guarding their village.

"This is what it has come to," says Ioannis Mastroyiannis, the town's president. "We are reclaiming our lives, our homes and our property. We don't want refugees setting foot here anymore. They have destroyed us."

Moria's 1,000 residents set up the unprecedented checkpoint recently launching late night patrols after thousands of asylum seekers stormed out of a neighboring camp to protest against forced deportations, abysmal living conditions and delays in asylum procedures.

After hours of skirmishes with police who also fired tear gas, some of the migrants eventually retreated back to the camp on the outskirts of Moria, a place so congested and inhumane, it has earned the Greek island of Lesbos the reputation of hosting Europe's most dreaded migrant facility. 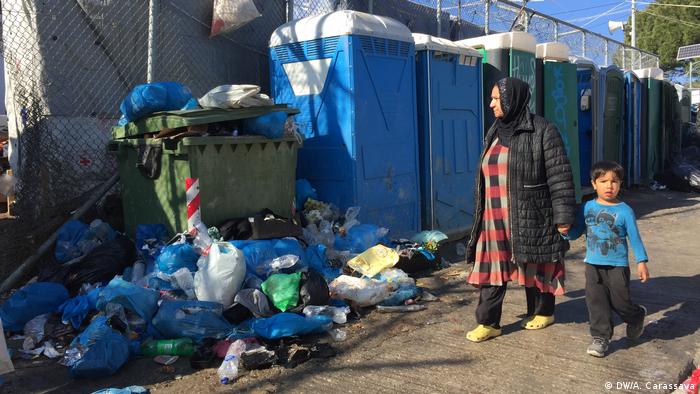 Living conditions in the Moria refugee camp are abysmal

Standoff between locals and migrants

But several hundred, mainly young, Afghan men, broke away from the bulk of the crowds, charging into the village of Moria, setting an abandoned home ablaze and triggering a standoff with locals.

"We were just a spark away from a full-blown insurrection," says Mastroyiannis. "We still are."

Since those protests, the Greek government has bolstered security around Moria and the adjacent camp. It has also vowed to overhaul the country's camp system and shut down the notorious refugee camp to set up smaller, enclosed sites instead. And it has pledged to transfer some 20,000 asylum seekers from Lesbos and two other islands in the Aegean to the Greek mainland.

But that's fallen on deaf ears so far.

"Authorities keep telling us to be patient and be understanding. But what am I supposed to do at night?" says 75-year-old Theodoros Kaskabas, a local farmer. "Plug my ears, close my eyes and sit back and watch my wife and daughter get raped? The government has to get tough. And it shouldn't be scared to do so."

On the frontline of Europe's lingering refugee crisis, Lesbos has been a key gateway to the West for hundreds of thousands of people fleeing war and poverty in the Middle East and beyond.

But four years since the EU signed a landmark deal with Turkey in 2016 to stem the unprecedented migration, the island remains ground zero for Europe's lingering refugee crisis. Even worse, it has seen a fresh influx of illegal entries, reaching a total of 59,726 in 2019, according to UN data.

The government in Athens is now blaming NGOs, accusing some of them of assisting human smugglers and inciting migrants to revolt. 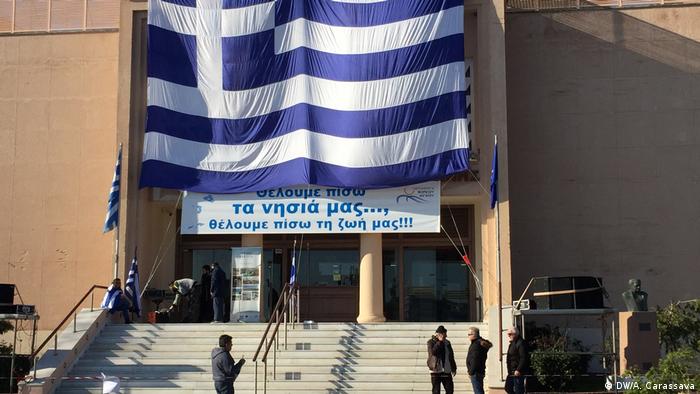 Locals are beginning to take matters into their own hands

The government in Athens is now blaming NGOs, accusing some of them of assisting human smugglers and inciting migrants to revolt.

"There is a galaxy of dodgy NGOs operating alongside a network of doctors, lawyers and other people making a mint out of the human misery of these people," said George Koumoutsakos, the country's deputy migration minister. "They are leeches and these practices must end. All of this contributes to illegal migration."

Under legislation decreed last week, hundreds of NGOs in Greece will now come under strict state scrutiny, requiring clearance for their missions, staff and sources of funding. More than 400 organizations are said to be operating migration-related missions across Greece. Less than 90 are officially authorized, while a list of at least 35 aid workers are suspected of aiding and abetting Turkish smugglers, according to local reports.

Lesbos locals also accuse NGOs of arm-twisting them into leasing olive groves and housing complexes which they rent to migrants, than assist them free-of-charge.

"Just the other day," says Mastroyiannis, "I had a lady from Moria telling me that members of an NGO were threatening to destroy her olive grove if she did not rent it to them. She told them that it was already destroyed and filed a complaint with the authorities." Mastroyiannis refused to disclose the identity of the aid group.

Since last summer, monthly migration arrivals have surged from 1,846 to 10,551, according to government and UN data. The number of refugees and migrants landing on Greek shores is outpacing migrant deportations to Turkey. In all, 2,795 illegal sea entries have been recorded since the start of the year against 85 forced returns arranged during the same period.

Kostas Moutzouris, the regional governor of the northern Aegean, has called on the government to declare a state of emergency for the islands of Lesbos, Chios and Samos.

"Frustration on both fronts — the locals and refugees — has boiled over," Moutzouris says. "The situation is deteriorating dangerously. We're like a power keg ready to explode."