A public broadcaster has justified removing the video, saying allegations it had politically manipulated the children were unbearable for editorial staff. However, one news editor called the clip "scandalously good." 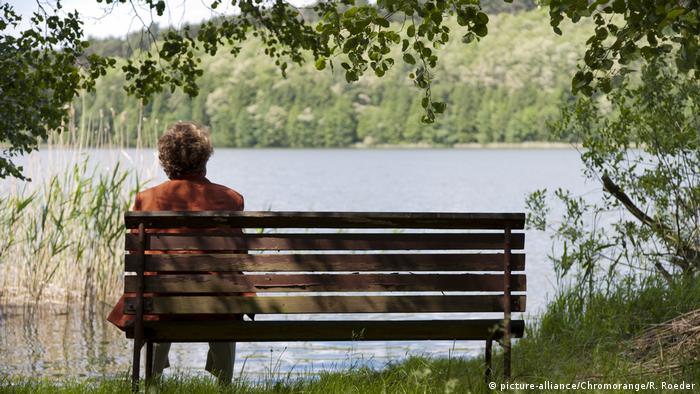 German public broadcaster WDR 2 on Saturday issued an apology for showing a video of a children's choir singing a humorous, traditional tune rewritten with satirical lyrics.

The song, titled "My grandma is an old environmental pig," triggered heated reactions on Twitter. One user described the lyrics as "disrespectful," while a WDR news editor said the remake of the traditional tune was "scandalously good."

The lyrics, including verses about grandma riding a motorcycle that burns a thousand liters of gasoline every month and eating a cutlet every day because meat from the discount supermarket is so cheap, include the refrain, "My grandma is an old environmental pig." The video ends with a quote from teenage climate activist Greta Thunberg: "We will not let you get away with this."

WDR Twitter accounts responded to some of the tweets, saying: "The video should not be considered offensive."

However, that didn't stop the broadcaster from deleting the video from its website.

"We are concerned by the allegation that the children involved may have been 'instrumentalized,'" said WDR 2 in a statement published on Facebook. "This is absolutely not the case, but we decided to delete the video."

"The assumption that WDR had 'instrumentalized' the children of the choir is unbearable for the editorial staff."

Power-to-X: The secret to a 100% renewable energy system?

By turning renewable electricity into fuel, power-to-X could free transport, heating and industrial process from fossil fuels — once costs fall. (19.12.2019)

Hundreds of thousands of pregnant women have been displaced by the unprecedented floods in Pakistan. They urgently need proper medical care to ensure a safe pregnancy and childbirth.