German politicians and industry leaders aren't buying into French criticism that Germany's powerful export machine has come at the expense of its neighbors in the eurozone. 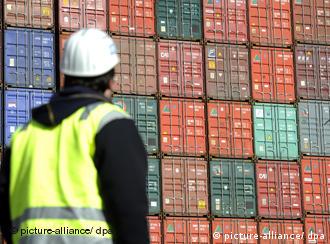 Germany has stacked up a trade surplus with some eurozone members

It's not the first time that Germany and France have clashed over economic policy, nor will it be the last. But this time, Germany doesn't appear willing to budge on what it has gained with considerable pain: a globally competitive export industry.

In an interview published Monday in the Financial Times, French Finance Minister Christine Lagarde highlighted the trade imbalances that Germany has created with several eurozone members, such as financially troubled Greece and Spain, by pushing for low labor costs and focusing heavily on exports. The minister also suggested that Germany boost long-stagnant domestic consumption to help these and other weaker eurozone nations increase exports and shore up their finances.

Germany ships around 43 percent of its exports to countries within the 16-member eurozone, with about 12 percent of the total to southern European members, such as Greece, Italy, Spain and Portugal. In 2009, Germany had a trade surplus of 12.1 billion euros ($16.6 billion) with Spain at the high end, and 2.6 billion euros with Portugal at the low end, according to Eurostat. 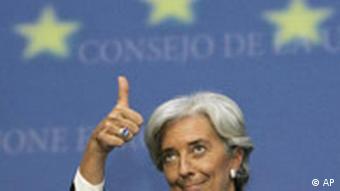 Lagarde's remarks drew swift responses, mostly critical, from German government officials and other economic experts inside and outside the country.

A German government spokesman said the idea of blocking an export economy went “against the concept of competition in Europe.” Economic policy, he added, should encourage companies to grow rather than forcing them “to hold back artificially.”

"We live in a global economy"

While agreeing that there were German trade imbalances in the eurozone and that there was a need to boost consumer spending in the country, Klaus Schrader from the Kiel Institute for World Economy said Germany shouldn't be criticized for its highly export-driven economy. “We live in a global economy and have world markets,” he told Deutsche Welle. “German companies, both big and small, have done their homework. They are very competitive when it comes to quality and price. I can't say the same of Greek companies, for instance.”

Schrader also questioned whether a boost in German consumption would help Greece directly. No one, he said, can force German consumers to buy Greek products if they aren't competitive. 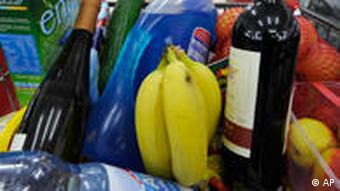 To save German manufacturing from losing markets to lower-cost Asian and eastern European rivals, the country's companies over the past several years pushed through moderate wage deals to increase productivity. But as wages stagnated or even dropped, consumers began to reduce spending – to make ends meet or save for a rainy day or both. As a result, Germany's trade surplus grew and hasn't stopped growing.

German consumer spending has been low

“I don't want to say that greater German consumption would solve all the problems,” said Howard Archer, chief European economist at HIS Global Insight in London. “But consumer spending has been low for a long period, partly because of lower wages and worries about job losses and retirement plans. Clearly, Germans have had a reason to be cautious but maybe they've been too cautious.”

Dirk Schumacher, an economist with Goldman Sachs in Frankfurt, said that planned tax cuts this year “should support disposable income growth.” But, in the same breath, he warned eurozone partners not to over-estimate the effect on their trade balances if the German government policy brought about a surge in domestic spending.

Nearly all economists agree that Greece, Spain and other struggling economies in the eurozone need to improve their competitiveness through tough reforms and wage policies founded on productivity. “They basically have to do what Germany did,” economist Archer said.

Finance ministers from euro-zone countries have agreed on a rescue plan for Greece. Details of the plan, to be enacted only if Athens cannot solve its own problems, remain vague. (16.03.2010)

European leaders are set to finalize a bailout plan for Greece worth up to 22 billion euros ($34 billion) to help Athens solve its debt crisis. (13.03.2010)

Europe confronts US on derivatives trading

European leaders are pushing for a ban on speculative trading, which they believe has pushed up the borrowing costs of financially-troubled Greece. But without US support, experts say, the proposed ban could lack teeth. (11.03.2010)

As Greece implements further austerity measures to reduce debts and consolidate its deficit, the people have reacted with another round of strikes. Experts remain divided on how Greece can rescue itself from its deficit. (11.03.2010)

A $531-billion business: The new SIPRI report shows that the world's top 100 arms producers have continued to increase sales — even in the pandemic year of 2020 and despite the global economy contracting.

South Korea's densely populated capital Seoul has seen a daily rise in triple digits all week. Church gatherings, as well as nightclubs, bars and cafes in the region have been shut down. All the latest from DW here.

The row — one of the longest-running in WTO history — saw the trans-Atlantic allies impose billions of dollars in tariffs. The deal eases a major point of tension between Brussels and Washington, for now.