Members of Greece's far-right Golden Dawn party have been found guilty of a range of violent crimes in a landmark five-year-long case. Police fired tear gas as thousands gathered outside to hear the verdict. 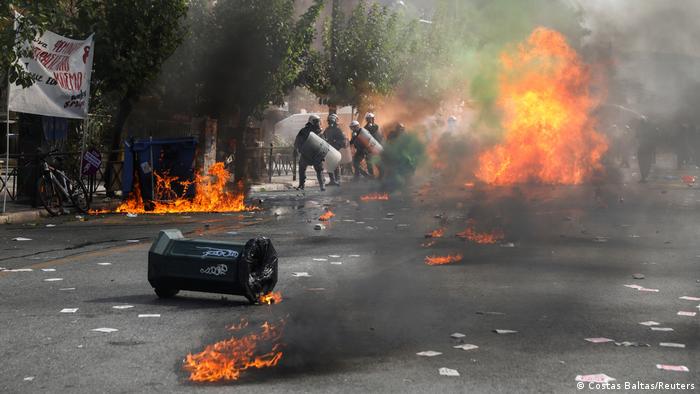 After a five-year-long trial, the Greek court on Wednesday found members of the neo-Nazi party Golden Dawn guilty of murder and assault. The neo-Nazi group's leader was convicted of running a criminal organization.

Thousands of police officers were stationed around the Athens courthouse as the verdict was read and tear gas and water cannons were used to disperse crowds. Over 10,000 protesters gathered to take part in antifascist rallies outside.

The 68 members of the extreme right-wing party, including 18 former lawmakers, faced charges the murder of Greek antifascist rapper Pavlos Fyssas, assaulting a migrant fisherman, attacks on left-wing activists and constituting a criminal organization. 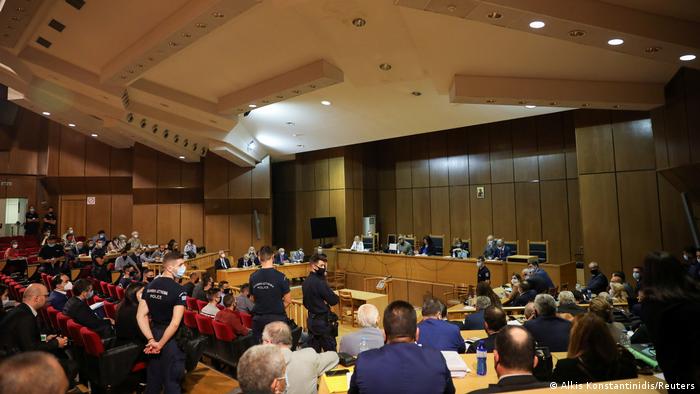 Inside the court room during case against members of Golden Dawn

"Pavlos succeeded," the rapper's mother, Magda Fyssa, announced, to roaring applause from the crowd, according to the Kathimerini newspaper.

The defendants included Golden Dawn founder Nikos Michaloliakos and members of his inner circle. They now face 10 years in prison.

The prosecution caused an uproar in 2019 when chief prosecutor Adamantia Economou suggested acquitting party leaders due to lack of evidence.

The neo-Nazi party was founded in the 1980s and rose to prominence during Greece's decades-long financial crisis, entering parliament in 2012 as the third-largest group with 12% of the vote.

The prosecution began in connection with the murder of the Pavlos Fyssas in 2013. The rapper was stabbed to death in Athens after being chased by a gang of Golden Dawn thugs. 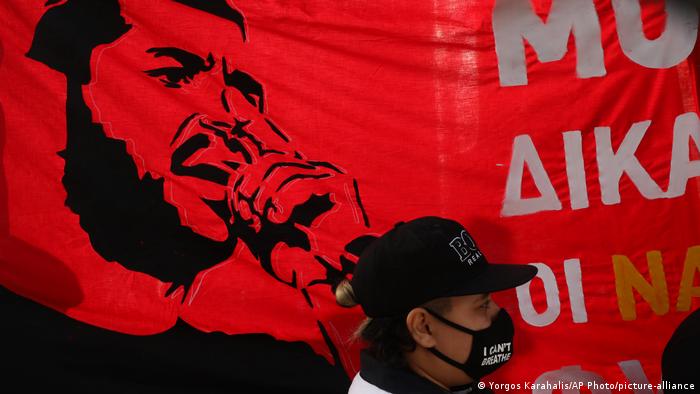 Preliminary investigations found that the party operated as a paramilitary organization with orders passed from the central leadership to local groups to carry out attacks against migrants, often leading to serious injury.

The question at the center of the trial was whether the spate of violent assaults, many of which occurred during 2013, could be linked to the party's leadership.

The defense had claimed that there was insufficient evidence to prove this connection. The party had hoped for the charges to be dropped, calling them an "unprecedented conspiracy" and for a resurgence in nationalist populism that would bring them back into parliament after having failed to reach the 3% threshold in the previous election.

On Tuesday, before the verdict was announced, political parties across the board condemned Golden Dawn, with a spokesman from the governing New Democracy party, Stelios Petsas, telling Kathimerini, "New Democracy is and was a perennial adversary to every [force] that undermines the state and [political] normalcy."

The leader of the leftist party Syriza, and former prime minister, Alexis Tsipras, called for rallies, accusing Golden Dawn of "sowing hate, beating, murdering," in a statement to Kathimerini.

Greek election: Too many choices, no real alternative

Polls have closed in Greece. For the third time in eight months, voters were called on to determine their country's future. This time, many seemed less than eager to do so, reports Milan Gagnon from Athens.