Climate change, deforestation and land grabbing don't only threaten Nepal's rich biodiversity, but the economic wellbeing of millions of its citizens. Could community-managed forests hold the key? 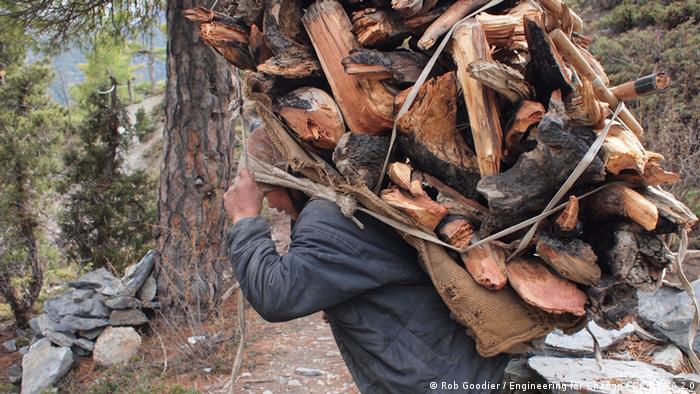 Wood is an essential part of life in rural Nepal

From low-lying grasslands and steamy subtropical jungles, to soaring snowy peaks and pine forests, Nepal is a country of dramatic extremes. This tiny mountain nation is disproportionately rich in biodiversity - but it is also home to some of the world's poorest communities.

Many of those living in the region rely on Nepal's wealth of plant and animal species for their livelihoods. But climate change, deforestation, development and exploitation are putting these valuable resources at risk.

In a bid to combat the problem, conservation organizations are looking at how to combine protection of Nepal's biodiversity with fighting poverty.

"If you really are interested in winning the war of conservation, you have to integrate poverty alleviation," says Olivier Langrand, Executive Director of US-based conservation group Critical Ecosystem Partnership Fund (CEPF).

"If you don't, you will not change the global trend that we see: that nature is disappearing and poverty is increasing. And you will realize that both are clearly linked."

While poverty has declined slightly in recent years, Nepal scores low on most development rankings. It places at number 145 out of 187 countries on the #link:http://hdr.undp.org/en/content/human-development-index-hdi:United Nations Human Development Index#, and has one of the lowest Gross Domestic Products (GDP) per capita in the world.

With around 40 percent of the country covered in forest and shrubland, millions of rural Nepalese rely on forest biodiversity for subsistence, and as a source of income. Agriculture, including forestry, employs around 80 percent of the population.

Government and civil society in Nepal have been working to insure conservation by giving communities a share of the spoils helping steward the land - but more needs to be done, say conservationists. 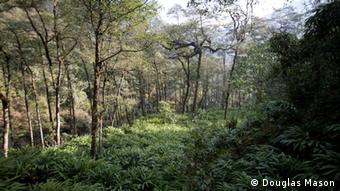 Community forests are a source of food, fuel and medicines

In the past, a government decision to nationalize and take over popular management of what were perceived as private forests in 1957 proved disastrous, partly because protectionist practices undercut indigenous management systems.

It wasn't until the mid-1970s that those in power realized peoples' participation was key for conservation and securing livelihoods, and started the first forays into community-based forest management. Community Forestry Users Groups (CFUGs) were established with the aim of stewarding the land and using its resources sustainably.

"They realized that without local people, the forests cannot be protected and managed," says Pandey. "Our forests and agriculture are interconnected - and that's why the agricultural system is connected to the community forests," Pandey explains.

"For example: community forestry provides firewood, timber, and other products very helpful to the local people."

Working as a community to halt deforestation and poverty

Each community management group establishes its own forest development and sustainability plan. Decisions on harvesting forest products - such medicinal plants - are based on group consensus according to traditional knowledge and best-practice principles, says Pandey.

The policy shift has proved successful in halting deforestation - forest cover has even increased in some CFUG areas.

Involving local communities as stakeholders has also helped combat poaching. At the beginning of March 2014 Nepal marked a full year without a single rhino, elephant or tiger reportedly being killed.

Although a report published by the #link:http://www.cifor.org/publications/pdf_files/OccPapers/OP-81.pdf:Center for International Forestry Research# noted that no comprehensive study on the impact of community forestry on rural poverty exists, it said they have made a contribution to local livelihoods through provision of forest resources and products for locals, as well as agroforestry.

Ecotourism has also helped. The revenue from such tourism in protected areas increased 91 percent between 2009 and 2012, with locals getting 30 to 50 percent of the revenue in some cases, according to government figures.

#link:http://www.cepf.net/where_we_work/regions/asia_pacific/eastern_himalayas/Pages/default.aspx:CEPF# Managing Director Nina Marshall witnessed some of the improvements first-hand, when she visited projects financed by the organization between 2005 and 2010 in some of Nepal’s most remote regions, such as in the Kanchenjunga-Singalila Complex bordering China. 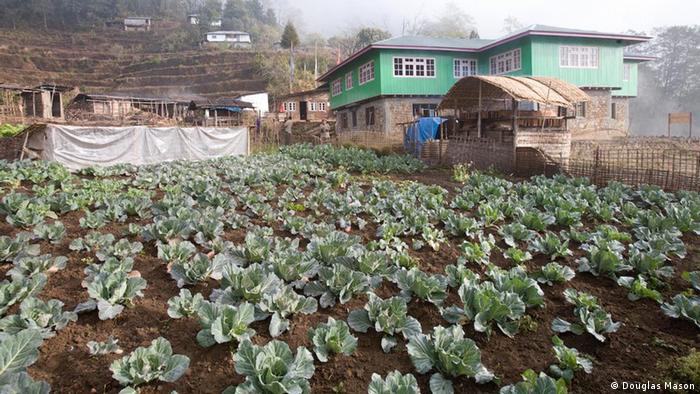 "We supported the Ethnobotanical Society of Nepal, for instance. They provided training to 714 households in how to cultivate medicinal and aromatic plants," explains Marshall. "These families have better access to some of these medicines that they would have had to otherwise purchase - and then they could also sell them."

Still, isolation and remoteness can be challenging for many communities.

"It's a poor area, there's not a lot of development," says Marshall, who added a lack of roads makes it more difficult for locals to get their goods to market. This also means ecotourism is currently a less viable option.

The process of marketing local products is difficult too, and training is needed here, adds GACF's Pandey.

"When community forestry produces local food or local products, they find it difficult to compete on local and national markets. Big companies dominate over local products," he says.

Making the most of community forestry 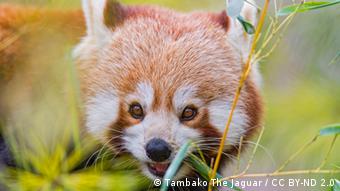 Nepal's bamboo forests are home to the Red Panda, a threatened species

However, many community forests are not using the resources to their full potential to generate income, and more concrete measures linking conservation to income generation are needed, according to a GACF case study.

The study added that while forest cover had been extended, the "livelihoods of the poor and disadvantaged have not improved as expected."

Pandey, who has been working to conserve Nepal's forests for more than 20 years, says the community forestry program has to be expanded to government-managed forests, which are still characterized by poor management and high deforestation.

Now, the government owns 58 percent of woodlands, according to the land policy reform organization Rights and Resources Initiative.

Many of the communities have cultivated and stewarded the forests for generations, and these are bound to culture and identity adds Pandey, who counts himself among those custodians.

"I am a farmer and I came from the river area," he said. "Forests are a part of my life."