No love for endangered sea cucumbers

A delicacy in China, the sea cucumber is endangered due to overfishing. But there appears to be little will to save the unglamorous creature. 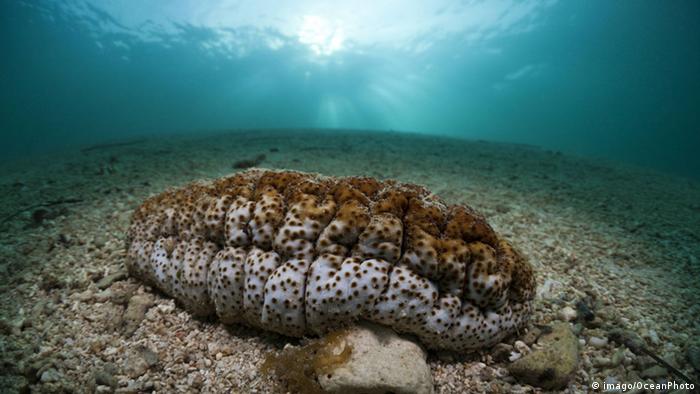 Sea cucumbers are endangered and conservation efforts are urgently needed

Spare a thought for the lowly sea cucumber. Considered a delicacy in China, the somewhat uncharismatic invertebrate is endangered due to overfishing, according to a new report, but unlike in the case of rhinos and elephants, conservation efforts are lacking.

The #link:http://www.sciencedirect.com/science/article/pii/S0006320715000397:report# "Chinese market responses to overexploitation of sharks and sea cucumbers" published in the April edition of "Biological Conservation" notes that while trade in shark fins - also a delicacy in China - has declined partly due to a growing conservation movement, the sea cucumber has been left high and dry. Seven cucumber species are now endangered and current regulations are "insufficient" to safeguard them. 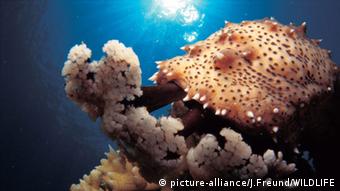 The sea cucumber’s demise may not seem like a major loss for the planet - aside for from those who like to eat them blanched with some bok choy - but as the report’s authors write, they play a vital role in recycling nutrients that feed algae and coral and could also help reduce coral damage caused by ocean acidification.

Sea cucumbers feed on tiny particles, such as tiny aquatic animals or waste material, breaking them down into smaller pieces and recycling them back into the ocean ecosystem, in a similar way to earthworms on land.

Effective oversight of fisheries and supply chains is required to ensure sea cucumbers are harvested sustainably, said Stephen J Hall, Director General of Malaysia-based fisheries research organization, WorldFish. But because the animals are a highly-valuable export, fetching between $10 and $600 (9 to 548 euros) per kilogram in China, and are easy to harvest, they are also an important income source for poor communities. 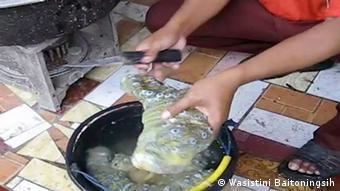 "We must achieve a balance between conservation and the livelihoods of those that depend on this valuable resource," said Hall in a statement. "Improved trade monitoring systems will greatly assist in guiding appropriate management responses. In parallel we should also put greater effort into understanding the potential of aquaculture to reduce the pressure on wild caught sea cucumber."