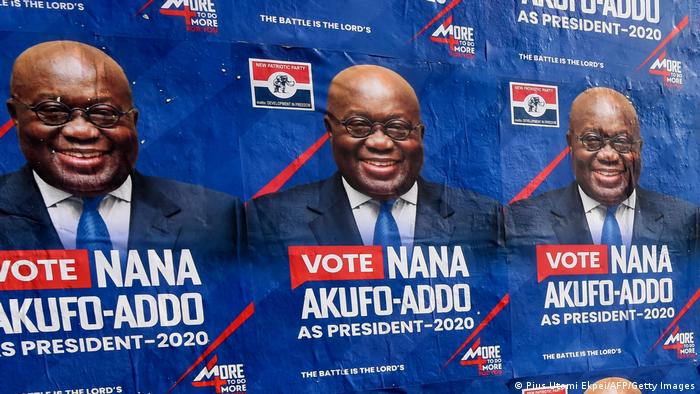 To help voters decide, we thought it would be a good time to fact-check if Akufo-Addo has delivered on the promises he made four years ago when he decisively won the 2016 election.

DW and GhanaFact, an Accra-based fact-checking organization, have examined six of the most popular campaign pledges made by Akufo-Addo and his New Patriotic Party (NPP).

One of Akufo-Addo's chief campaign promises was to abolish tuition fees for senior high school students —that is students attending Grades 10 to 12 — at public schools.

In its2016 manifesto, the NPP says it intends to "redefine basic education to include Senior High School (SHS), covering vocational, agricultural and technical schools, and make it available for free on a universal basis to all Ghanaians."

Akufo-Addo kept this promise nine months after his inauguration in January 2017, making it free for pupils to attend the country's some 630 public senior high schools and 47 vocational schools (based on figures from the 2017/2018 school year).

But there are some sticking points. Thanks to the dropping of fees, the number of students staying in school after Grade 9 has skyrocketed. However, not all schools are able to accommodate the growing numbers.

As a result, students take turns to attend class at around 400 public schools. Known as the 'double-track system,' one group stays at home for two months while the other attends school. The two groups then swap.

The team rates this as PROMISE KEPT

One District — One Factory initiative

Another of Akufo-Addo's major campaign promises is to build a factory in every one of Ghana's 216 districts.

According to the government's One District, One Factory (1D1F) initiative website, 28 new factories have already been built while 48 existing factories have been revived under the program. 94 other factories are currentlyunder construction

This brings the total number of factories to 76 out of a promised 216.

The team rates this as: IN THE WORKS

Ensure each district in Ghana has a hospital

In its 2016 manifesto, Akufo-Addo's NPP party promised to "upgrade all existing district hospitals where they exist, and where they do not, establish one. NPP's aim is for each district to have at least one hospital."

It also promised to build two new police hospitals at Sunyani in Western Ghana and Bolgatanga in North of Ghana.

In April 2020, in the midst of the coronavirus pandemic, Akufo-Addo admitted in a speech that 88 of 216 districts still had no hospital, or 40%. He promised again that the government would begin construction of these health facilities.

Checks by journalists with partner newsrooms across Ghana show that the government is also yet to make good on its promise to upgrade existing hospitals.

The promised work on two police hospitals have also not started.

The team rates this as: PROMISE BROKEN 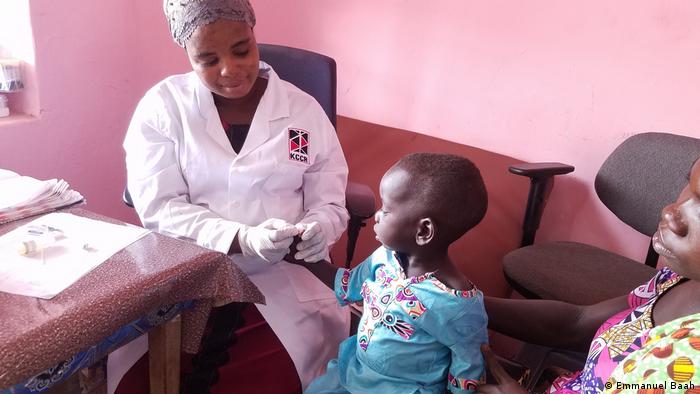 Akufo-Addo sold himself as a strong anti-corruption fighter during his 2016 presidential campaign.

In support of this, the NPP's manifesto promises to establish and resource an "independent" Office of the Special Prosecutor, to "investigate and prosecute certain categories of cases" including those "implicating political officeholders and politicians."

In 2018, Akufo-Addo nominated popular anti-corruption campaigner Martin Amidu, a member of the NDC opposition party, as Special Prosecutor – a nomination which was approved by Ghana's lawmakers.

Amidu, however, resigned in November 2020 citing political interference after he released a corruption risk assessment into a proposed government deal to monetize the country's mineral resources. The government has denied these allegations.

Amidu subsequently described the president as the "mother serpent of corruption" and accused him of leading the "greatest corruption plot in the history of Ghana" in a 27-page letter addressed to Akufo-Addo and released online.

Another blow to Ghana's fight against corruption came when the president placed the Auditor General, Daniel Domelevo, on mandatory leave in July 2020. Domelevo was investigating the country's Senior Minister Yaw Osafo Maafo for a $1 million (€828,000) suspicious transaction.

In 2017, Ghana recorded its lowest score on Transparency International's Corruption Perceptions Index in five years, gaining only 40 out of a possible 100 points. It has since maintained a score of 41.

The team rates this as: IN THE WORKS

Ghana at a local level is governed by metropolitan, municipal, or district assemblies (the size of the local government unit determines whether it is a district, municipality, etc.).

Currently, the president directly appoints the executives, known as MMDCEs, who lead these local government units.

In addition, parties aren't legally able to endorse local candidates running for local assembly, although they are often actively involved.

In their 2016 manifesto, the NPP and its candidate Akufo-Addo pledged to sponsor two bills which would allow citizens to vote for chief executives and also overturn the ban on political parties participating in local elections. 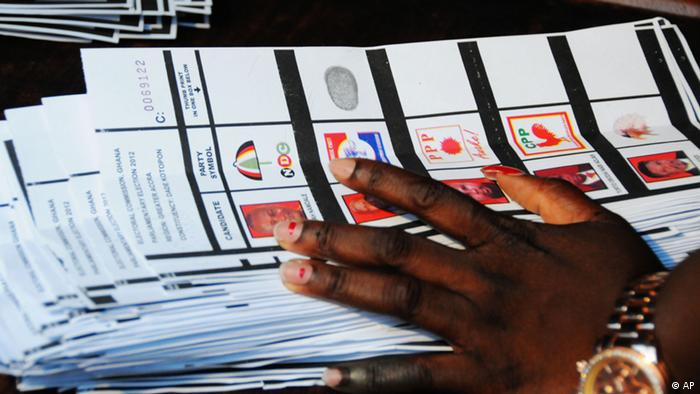 Sixteen days before a referendum scheduled for December 2019 on whether political parties should be able to endorse local candidates, Akufo-Addo canceled it.

Analysts say that amid threats from the opposition to mobilize people to reject the proposal, Akufo-Addo feared the referendum didn't have the required support. The referendum needed at 75% of 'yes' votes to pass with at least 40% voter turnout.

The bill to overturn the ban on political parties participating in local elections was also withdrawn by the government from parliament following strong opposition from traditional leaders and other critics.

The team rates this as: PROMISE STALLED

Akufo-Addo promised to build the most business-friendly and people friendly economy in Africa, creating jobs and prosperity for all Ghanaians. As part of this vision, he pledged to make production a focus of his economic policy, rather than taxation.

In its manifesto, his party promised to cut several tax rates. Close to four years since assuming power, Akufo-Addo has delivered on some, but not on others.

The general corporate income tax (CIT) rate is still 25% instead of the promised 20%.

However, taxes such as the 1% levy on special imports, 17.5% VAT on imported medicines not produced in Ghana, 17.5% VAT on financial services, 5% VAT on real estate sales and 17.5% VAT on domestic airline tickets have been abolished.

The VAT for micro and small enterprises has also been reduced from the current 17.5% to the 3%.

The team rates this as PROMISE PARTIALLY KEPT

Facts and data provided by GhanaFact.

Everything you need to know about the Free SHS policy

A mining truck collided with a motorcycle, setting off an explosion that razed hundreds of nearby buildings. President Nana Akufo-Addo has called it a "tragic incident."