Ghana's President Nana Akufo-Addo has promised to build more than 90 new hospitals as the coronovirus highlights the country's medical inequalities. Many question his ability to deliver on the pledge. 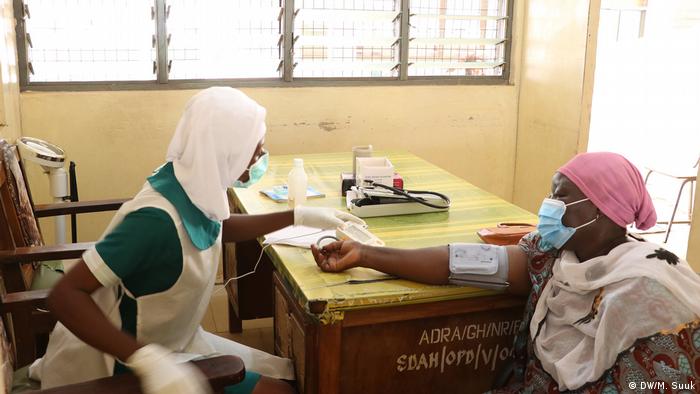 Ghana's president Nana Akufo-Addo has promised to build 94 new hospitals within a year.

Speaking in a televised address on Sunday, Akufo-Addo said the new medical facilities are planned for 88 districts in Ghana that are currently without a hospital, as well as an additional six regional hospitals.

"Each of them will be a quality, standard design 100-bed hospital with accommodation for doctors, nurses, and other health workers," President Akufo-Addo said.

Ghana needs the new medical centers as it doesn't have enough testing and isolation centers to treat COVID-19 patients, Akufo-Addo said, adding that the investment was "the largest" in Ghana's history.

"One month after the [COVID-19] pandemic has hit this country, setting up a single testing center in addition to the two we have in the country is a major problem," said Ziblim, an analyst at the Center for Development and Policy Advocacy based in Tamale, the capital of Ghana's Northern Region. 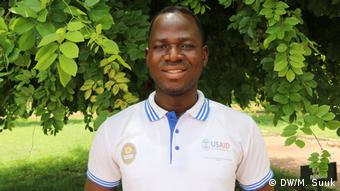 "If the government could put up 88 hospitals across the country, why is it so difficult for the same government to put up a testing center at least in the Northern Region to serve the rest of [the north]?" he said.

According to Ziblim, coronavirus samples collected in all of Ghana's north need to be taken to a testing center in Kumasi, which is seven hours drive from Tamale and even further from other northern districts. The results take five to seven days to come back.

University of Ghana economist Godfred Alufar Bokpin also expressed doubt about the government's ability to pay for the hospitals.

"it is going to be very, very difficult," Bokpin told DW over the phone from Accra.

"We all acknowledge that having these hospitals across the country is the way to go, but the timing and the ability to deliver within this period is particularly challenging," he said. "Because if you look at the impact of COVID-19 on our revenue, deficits have gone up drastically."

Demand for Ghana's raw materials and commodities in China, Ghana's top exporting partner, has declined since the pandemic hit. Ghana's government has also said it expects a budget shortfall from the drop in oil revenues and tourism.

President Akufo-Addo hasn't yet given details on how he will fund the hospitals. Ghana's 2020 budget currently allocates just over 44 million Ghanaian Cedis ($7.6 million, €7 million) for health infrastructure.

Even if Ghana manages to build more hospitals,  the Ghanaian Medical Association said it would be hard to find enough doctors to work in the hospitals.

"Whilst we can build a structure in 12 months or even a week as we saw in China in Wuhan, you cannot do the same with the human resource," Deputy Secretary of the association, Titus Beyuo, was quoted by the online news site, Ghanaweb as saying.

"It takes us on the average three to four years to produce a specialist whose regular medical education is six to seven years," he said. 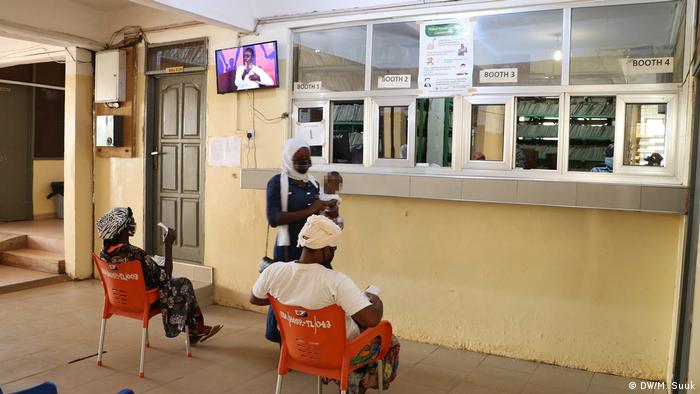 Ghana's Northern region makes up around 17% of the population, but only has 7% of the country's doctors

Ghana has one of the highest rates in the world of doctors leaving the country to work elsewhere.

It also has difficulty convincing physicians to work in rural areas. It's estimated that more than two-thirds of the country's doctors practice in either Accra or Kumasi, Ghana's second-biggest city.

This leads to massive inequalities in health care: the Greater Accra region, which includes the capital, has one doctor per 3,000 people, whereas the Upper East region, one of Ghana's poorest, has one doctor to 26,000 people.

On social media, many mocked the promises of new hospitals.

"0 hospitals in 3 years! 88 hospitals in 8 months. This sort of scam can only come from Mr Akufo-Addo," wrote Twitter handle @CheEsquire.

"Before the President builds 88 hospitals, where are the 350 SHS?" asked Nat G. Tetteh on Twitter, referring to the 350 senior high schools that Akufo-Addo promised to build in his 2016 election campaign.

"Because they couldn't travel elsewhere for medical attention, they have now realized the need to improve healthcare services. Gaaaaaad...will judge them all," posted Kweku Delali Cyril on Facebook.

President Akufo-Addo faces reelection at the end of 2020.

There's no doubt though that Ghana urgently needs more hospitals and medical care, even without a pandemic.

Ghana has around 9 hospital beds per 100,000 people, according to the World Health Organization. Many of these are found in urban centers while many rural areas, where around two out of five Ghanaians live, have access to only basic health services, if at all.

"Even at pre-pandemic level, we were practically at some sort of crisis in rural Ghana," pointed out economist Bokpin.

Sitting among a group of women under a small mango tree at Taha, in rural Tamale, Hawah Abubakari soothes her crying two-year-old daughter as she talks about how difficult it is living without medical services in her community. 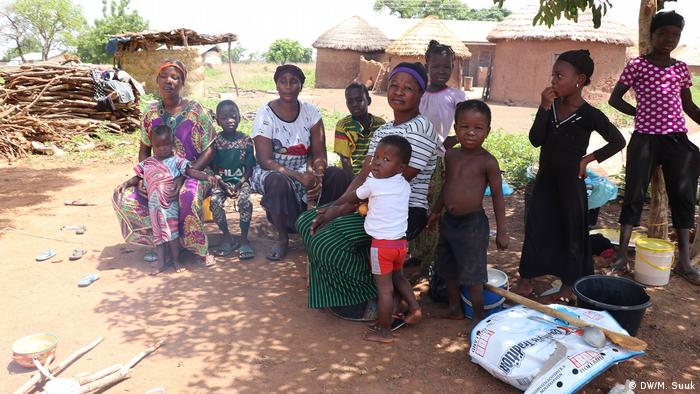 "When my labor was due for this child, it was a problem because there is no hospital here. My husband was on the farm and there was nobody to carry me to Tamale to give birth. Vehicles don't come here, either. It was a painful experience," she told DW.

"If we had a hospital here, it would be easy for everyone."

Maxwell Suuk in Tamale, northern Ghana, contributed to this article.

Africa's number of coronavirus infections is rising, and with it the fear of a catastrophe. But the continent has a vast knowledge in dealing with infectious diseases that could help stem the spread of COVID-19. (27.04.2020)

Major cultural events like funerals have had to be put on hold in Ghana amid the COVID-19 lockdown. Families are reluctant to hold private burials, instead opting to leave the bodies of their loved ones in the morgue. (13.04.2020)