Germany's top diplomat Sigmar Gabriel has said a "smart" Brexit deal may serve as a model for relations with other non-EU states. However, the situation in Turkey must improve before it can enjoy closer ties, he said. 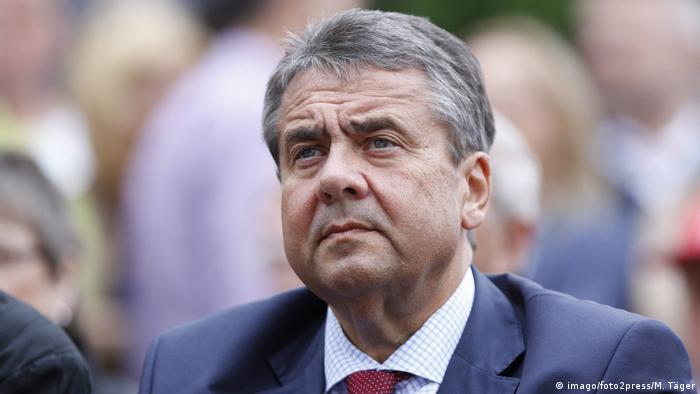 Germany's Foreign Minister Sigmar Gabriel proposed on Tuesday that the European Union's upcoming Brexit deal with the UK could serve as a template for relations with other non-EU states, namely Turkey and Ukraine.

Gabriel told Germany's Funke media group: "If we can reach a smart agreement with Great Britain that outlines its relations with Europe after Brexit, then that could serve as a model for other countries."

Berlin's top diplomat added that he could not see either Turkey or Ukraine joining the bloc anytime soon, and that the EU therefore "needs to consider alternative forms of closer cooperation."

Relations with Turkey on the mend?

Gabriel also suggested that such an approach by Brussels could lead to a "new, closer form of customs union" with Ankara.

Even though the situation in Turkey had demonstrated that the country was still some way away from accession to the EU, Gabriel said, recent gestures by Ankara showed a willingness to improve relations with Brussels. That willingness was shared by Berlin, he added.

"It is a good sign that several detained Germans have been released," the Social Democratic lawmaker said. However, Berlin continued to maintain great concern over the well-being of Deniz Yücel, a Turkish-German correspondent for German daily Die Welt who has been held in an Istanbul prison without charge since February due to suspected links to terror groups. "The Turks know how important his fate is to us."

Shortly before Christmas, Ankara ordered the surprise release of German pilgrim David Britsch, who had been held in Turkish custody for almost nine months.

A few days earlier, German journalist Mesale Tolu was released from prison in Istanbul. The reporter spent seven months in prison after also being accused alleged links to a terrorist organization. Though she is out of prison, Tolu is not allowed to leave the country.