The eastern German town of Quedlinburg has been a UNESCO World Heritage site since for the past 10 years. The town was lucky: for a time, many of its unique monuments were in danger of being torn down. 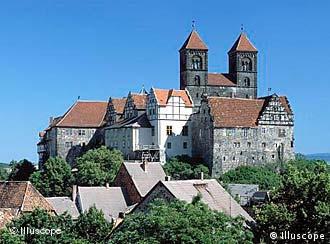 It's like an illustrated storybook: half-timbered houses with decorated facades line narrow alleyways, topped with a tangle of church spires and peaked roofs. 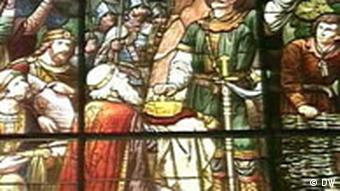 The entire town of Quedlinburg -- located near the Harz mountains in the state of Saxony-Anhalt -- is a showplace. There are 1,300 half-timbered houses from eight centuries competing for just 80 hectares (200 acres) of space. The historic town was named a UNESCO World Heritage site, to be preserved as a national treasure, in 1994.

Cathedral and a king's grave 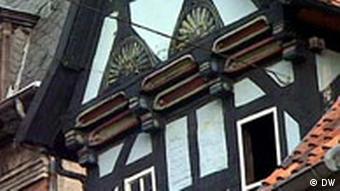 "Quedlinburg's old town is an unusual example of a medieval European city," was UNESCO's justification for its decision to put Quedlinburg on its list of national treasures.

The Collegiate Church of Saint Servatius, with the graves of the first German King Heinrich I and his wife Mathilde, as well as the cathedral's treasury, are Roman architectonic masterpieces. With 24,000 inhabitants, Quedlinburg has one of the largest surfaces for a landmark in Germany. In the historic center, a full 800 buildings are individually designated as landmarks. 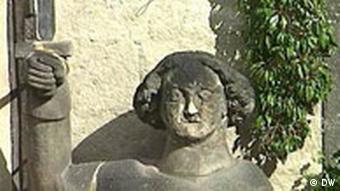 When it was part of East Germany, the deocrative facades of Quedlinburg's buildings began to fall apart. At that time, the old buildings fell into disrepair, and there were even plans to level buildings.

But starting in 1990, after reunification, the city underwent a restoration, to the tune of around €640 million ($870 million) according to UNESCO figures. The castle hill created the most problems. The steep sandstone cliffs, which supported the Renaissance era Collegiate Church and its 1000-year-old treasury, were on the brink of collapse due to underground waterways. 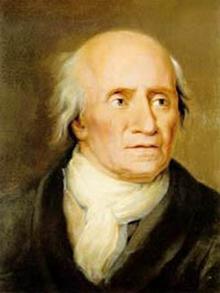 The town's current status tends to make it a haven for tourists, and there is no lack of attractions. The "Klopstockhaus" at the foot of the castle hill is the birthplace of the German poet Friedrich Gottlieb Klopstock (1724-1803), and now houses a museum in his honor.

Art lovers can visit the Feininger Gallery, which shows works by expressionist painter Lyonel Feininger (1871-1956). The Timbered-House Museum and the Glass Painting Museum also attract visitors. Workshops of diverse area artists and craftsmen can be visited as well.

Forest-covered mountains, moors, cliffs, rolling hills, deep gorges -- the landscape of the Harz is nothing if not varied. And it is one of Germany’s most tradition-steeped regions. (Feb. 2, 2004)