Forest-covered mountains, moors, cliffs, rolling hills, deep gorges -- the landscape of the Harz is nothing if not varied. And it is one of Germany’s most tradition-steeped regions. 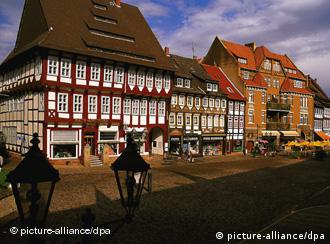 When the Alps were still considered inhospitable and the Black Forest was waiting to be discovered by the English and the French, the Harz mountains exuded an attraction for artists, students – and not least, poets.

The Harz mountains, 90 kilometers (56 miles) long, 30 kilometers wide, and some 400 million years old, straddle the border between what was once East and West Germany, in the central part of the country. 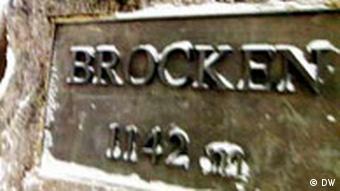 The 1,142 meter (3,747 feet) peak called the Brockenberg, or Brocken Mountain, has an ancient reputation of being a haunting ground for witches, goblins and other creatures in the pagan pantheon. The well-traveled Goethe called the Brockenberg his favorite mountain, and gave it a place in literary history by using it as the setting for the witches’ orgiastic Sabbath scene in Faust.

Ascending the 12-kilometer trail up the Brocken from the town of Ilsenburg was something of a rite of passage for German Romantics. Today the route, which the poet Heinrich Heine made famous in his verses, is marked by signs showing green rectangles. Not far from the steeply descending Ilsefälle valley – there where the stream tumbles over the granite stones – is a monument to Heine. 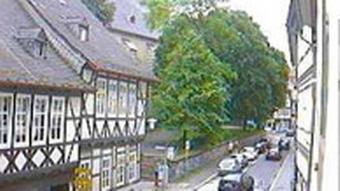 The Harz range got their name from the forest. In middle-high German, “Hart” meant "wooded area." Back then, though, the forests were beech trees, not the spruce that is currently found. The beech trees were eventually all cut down for building houses, supporting tunnels and smelting the ore that had been mined from the mountains for 1,000 years. Fast-growing spruce were planted in their place.

Mass tourism to the Harz region developed in the second half of the 19th century, with the advent of the railway system. Since 1992, the train running from Wernigerode to Nordhausen also covers the stretch, which was closed in the post-war era, from Drei Annen Hohne to the top of the Brockenberg. At 60.5 kilometers, it’s the the longest narrow-gauge steam locomotive route in Germany.

Today the area around the Brockenberg – or Blocksberg, as it is often called in local slang ("Brocken" means "lump" or "block") – is a national park. Always a popular destination, some 100,000 people climbed to the Brocken plateau in 1900. Today, though, the numbers lie at over 2 million visitors a year. In the Brocken House, visitors center, the national park offers information on the 1,500 types of plants that live in the high, often wet mountain climate. 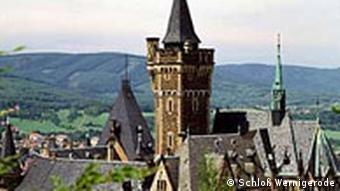 Castle in the Harz

In the eastern part of the Harz mountains, the town of Schierke was a popular ski resort from the 1920s to the 1940s. The small, cozy mountain town is not far from the towns of Braunlage and Wernigerode, directly at the foot of the Brocken. Visitors can climb the Brockenberg from there on foot -- but also on skis, in a horse drawn carriage, or with the Brocken train.

The birthplace of skiing in Harz mountains is in neighboring Braunlage. In 1890, Germany’s first ski classes were taught here, and in 1892, the first winter-sports club was founded. Braunlage has a ski area, an illuminated ski run, an ice rink, cross country trails, and a ski school. There are some 7,500 beds for tourists in the 5,000 person town.

Other towns to visit in the region are Wernigerode, with its many half-timbered houses, Bad Lauterberg, which has the leading health spa in northern Germany based on the unusual "Kneipp" method, and Goslar, whose medieval old town is so well preserved that it was named a UNESCO World Heritage Site.

Watch Out For the Bike Paths in Germany, Warns a Traveller

Our readers enjoyed the beer and dirndls, the coffee and the cake while visiting Germany and recommend going to Heidelberg, the Harz region and Necker Valley. Read on for more travel tales and tips. (15.04.2007)

Traveling Into the Past at Germany's Open-Air Museums

People curious about life in earlier times in Germany can visit the numerous outdoor museums the country has to offer. They'll find everything from Roman history to the Middle Ages to farming in the 19th century. (06.08.2006)