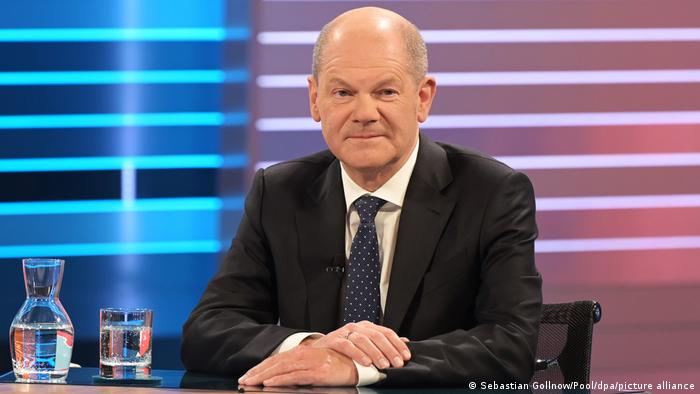 Scholz, the current vice chancellor, is hoping his SPD party can seal a coalition deal by the end of the month

Speaking at a dinner event organized by the Sueddeutsche Zeitung daily, Scholz declined to comment on what the parties have agreed to so far during the talks.

"Everything is going very, very well, very constructively," Scholz said, adding that he was confident an agreement could be reached soon to form Germany's next ruling coalition.

The three parties have been holding talks in Berlin over the past few weeks, with hardly any details emerging. They have been sketching out major policy priorities for the next four years. These include massive investments in climate protection, infrastructure and education.

Scholz, the current finance minister and vice chancellor, and his SPD party hope to seal a coalition deal by the end of the month so that he can be sworn in with his new cabinet during the week beginning December 6.

Nevertheless, before that could happen, the parties would have to overcome their differences on an array of issues. The three parties have contrasting agendas on how to tackle climate change, ensure budgetary discipline and in the area of foreign policy.

The Greens and the FDP are at odds over how to finance an agreed expansion of renewable energies and how to pull forward an exit date for coal-fired power plants to 2030.

The Green Party wants to funnel €50 billion ($57 billion) a year in climate investments and other measures.

Annalena Baerbock, a co-leader of the Green Party, stressed last week that her party would need a clear commitment to enforcing the 2015 Paris climate agreement for signing up to a coalition.

The fiscally conservative FDP, meanwhile, wants to ensure that Germany soon returns to the framework of the constitutional debt brake, which limits the nation's annual deficit to 0.35% of gross domestic product unless in times of national emergency.

The current government, under Chancellor Angela Merkel, suspended the debt brake to borrow billions of euros to support the economy and households hit hard by the COVID pandemic.

Lukashenko is a 'bad dictator'

Scholz also spoke about the migrant situation on the Poland-Belarus border during the event.

He called Belarus' leader Alexander Lukashenko a "bad dictator" who was using desperate people in a "shameful game" to exert pressure on the European Union.

"First of all, it must be said clearly that this is a bad dictator there in Belarus. And there is nothing to gloss over. He has lost all legitimacy," Scholz said.

Scholz stressed that the EU was right to impose tougher sanctions on Belarus, pointing out that it seemed to show the bloc's determination to take action against Minsk for its role in the migrant crisis.