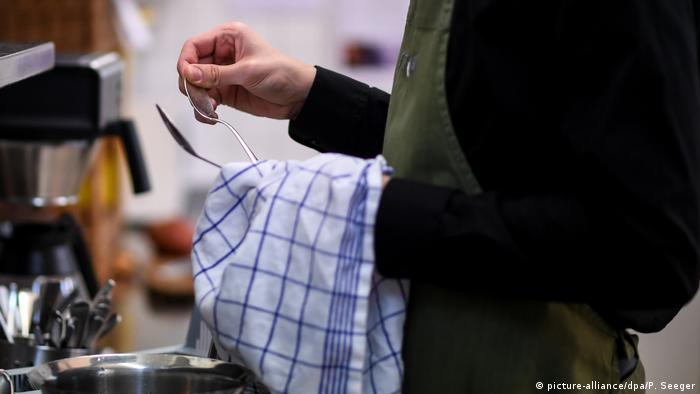 The introduction of a nationwide minimum wage in Germany has spurred a growth in worker productivity, according to a study published Tuesday.

The government in Berlin first established a minimum wage in 2015, requiring firms to pay their employees €8.50 ($9.20) per hour. At the time, around 15% of the German workforce was earning less than that amount.

Research by University College London (UCL) and the German Institute for Labor Market Research (AIB) found that the change did not result in higher joblessness among low-wage workers — one of the fears before the policy was rolled out.

"Contrary to concerns that marked the debate before the national minimum wage was introduced, we did not find that it led to a reduction in employment," UCL researcher Christian Dustmann said in a statement.

Instead, their analysis showed that lower-paid employees moved to bigger firms, where more full-time jobs requiring better qualifications were on offer.

"The minimum wage increased productivity by redistributing workers from less productive to more productive companies," Dustmann said. The average size of companies grew, as did the average number of workers at bigger firms.

The nationwide standard helped decrease pay gaps across regions, the study found. However, it also forced the closure of some small businesses — those with three or fewer staff — in areas that had the lowest pre-2015 average pay.

It was introduced at a time when the German economy was enjoying a long period of growth, with unemployment at its lowest level in 25 years. Dustmann warned that for that reason the study's findings "do not necessarily generalize to other labor markets, or other time periods."

The Greens called for more social and climate-friendly reforms at the end of their party conference. With the party now a potential partner in Germany's next government, their economic proposals were watched closely. (17.11.2019)

Over 3 million people in Germany work more than one job, many because of financial difficulties. Opposition politicians are calling for the minimum wage to be raised. (21.01.2020)