Germany′s Gerhard Schröder meets with Vladimir Putin over Ukraine — reports | Germany | News and in-depth reporting from Berlin and beyond | DW | 11.03.2022

Former German Chancellor Gerhard Schröder has long been a personal friend of Russian President Vladimir Putin. Now, he may be attempting to mediate to end the war in Ukraine. 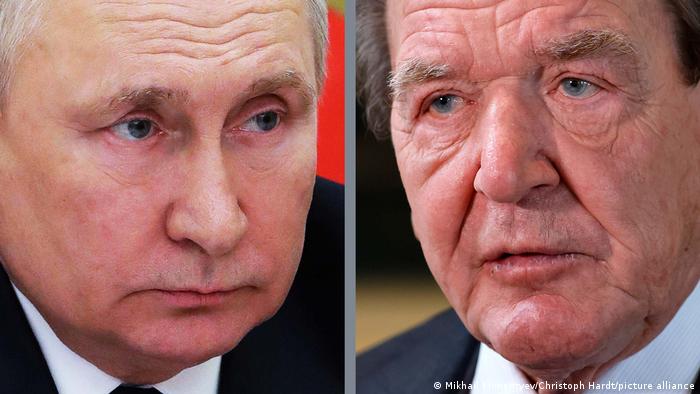 Putin (left) and Schröder have been close friends for decades

Gerhard Schröder, who was German chancellor from 1998 to 2005, has had a close relationship with Russian President Vladimir Putin for more than two decades. Now the news portal Politico and the German mass-circulation Bild newspaper report he traveled to Moscow and met with the Russian president on Thursday evening.

The trip was not coordinated with the German government, which is headed by Schröder's party, the center-left Social Democrats (SPD). SPD co-leader Lars Klingbeil said he had received no information on such a trip, but said that in his view any attempt to stop the war was good.

It was only a few days ago that Soyeon Schröder-Kim, Schröder's wife, wrote on Instagram, "You can be sure that whatever my husband can do to help end the war, he will do."

On Thursday evening, Schröder-Kim posted a photo showing her praying by a window overlooking St. Basil's Cathedral in Moscow.

Schröder's surprise trip is another twist in the recent drama surrounding the former chancellor.

Russia has been at war with Ukraine for more than two weeks — two weeks in which Schröder has refused to distance himself from Putin and give up his lucrative supervisory board positions in the Russian gas industry.

Since the war began, the former chancellor has spoken out publicly only once. Two days after the Russian invasion of Ukraine, Schröder took to LinkedIn to call on Russia to end the war as quickly as possible. However, the 77-year-old avoided holding Putin responsible. Instead, he wrote of "many mistakes" that had been made "on both sides." 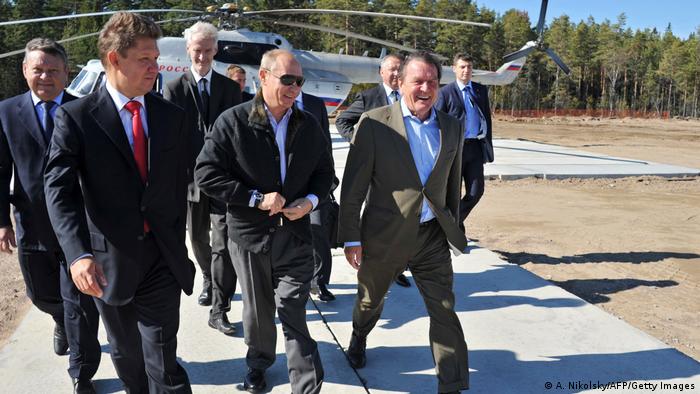 Schröder makes a lot of money in Russia

The former chancellor has opposed tough sanctions on the Kremlin, and urged world leaders not to completely cut the "remaining political, economic and civil society ties that exist between Europe and Russia." He had already rejected sanctions after the annexation of Crimea in 2014, which he had, however, called illegal under international law in a 2021 interview.

Schröder has never made a secret of the fact that he makes good money in Russia. Immediately after he lost the 2005 federal election to Angela Merkel, he switched from politics to the Russian gas business.

Schröder masterminded the Nord Stream project together with Putin while he was still chancellor. Then he became head of the supervisory board at the Russian state energy company Rosneft and chairman of the shareholders' committee of Nord Stream AG, which built and owns the two parallel gas pipelines connecting Russia and Germany across the Baltic Sea.

About three weeks before the Russian invasion of Ukraine, Schröder was also nominated for the supervisory board of the Russian energy giant Gazprom. Roderich Kiesewetter, the chairman of the Foreign Affairs Committee in the Bundestag, Germany's parliament, suspected Kremlin calculations behind Schröder's nomination. He said it was "to be seen as a move by Russia to divide the German government in its stance on stopping Nord Stream 2 as a potential sanction tool and thus to discredit Germany as a whole."

Critics saw it as a special way of saying thank you for the prospect of another lucrative supervisory board post when Schröder then accused Ukraine of "saber-rattling."

In mid-February, when Chancellor Olaf Scholz was in Moscow for talks with Putin, the Russian president praised Schröder as a "decent person" whose nomination to the Gazprom supervisory board he supported. The work of such an "independent expert" would only benefit cooperation with Germany, he said. 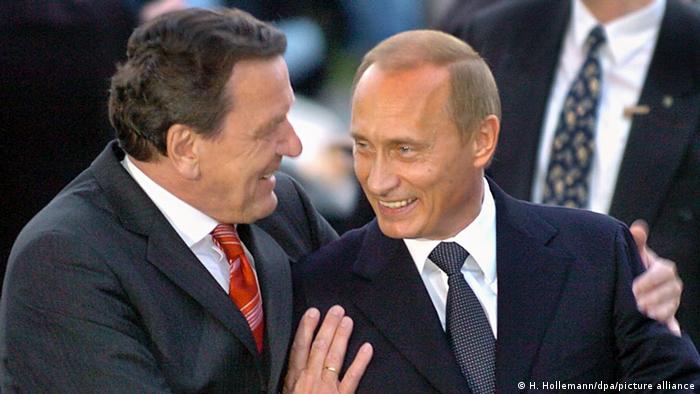 Schröder and Putin's friendship has now endured for more than two decades, and deepened despite mounting criticism of Putin's expansionist policies over the years.

In 2012, when Putin had himself reelected as Russian president and the Organization for Security and Cooperation in Europe pointed to significant irregularities in the election, the former chancellor defended his friend as a "flawless democrat." Two years later, Schröder celebrated his 70th birthday with Putin in Moscow.

Many SPD lawmakers have been skeptical about the friendship between Schröder and Putin for years. That skepticism has given way to growing horror in recent weeks, with many of his old companions trying to influence the former chancellor. Scholz has called on Schröder to resign from all Russian firms.

SPD co-chairman Klingbeil is particularly under pressure. He began his political career as an employee in Schröder's constituency office in Hanover, and a personal friendship grew out of that collaboration. But after the Russian invasion of Ukraine, Klingbeil wrote in a social media post: "You don't do business with an aggressor, with a warmonger like Putin. As a retired German chancellor, you never act completely privately. Especially not in a situation like the current one."

The letter went on to say: "The gaze of many people is directed at you. And you decide for yourself these days, dear Gerhard, whether you want to remain a respected Social Democrat in the future."

There was no response from Schröder. 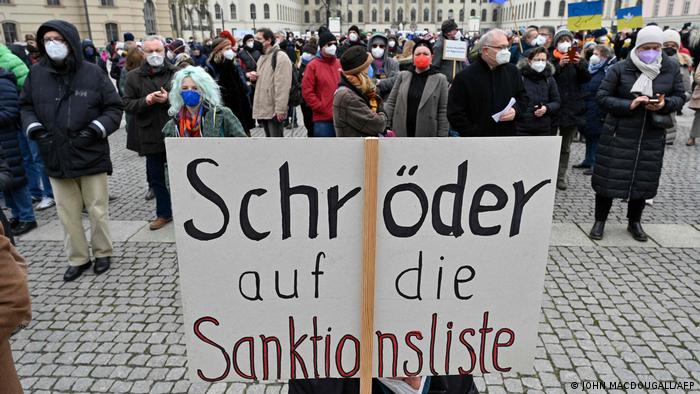 Rank-and-file SPD members have increasingly been calling for the party to expel the former chancellor, and some local chapters have already filed motions to that effect.

Many of Schröder's German business partners have already parted ways with him — including companies for which the former chancellor had worked as a consultant for years, and on whose supervisory boards or executive committees he sat for years.

Few have given a reason, though Berlin project developer Gröner is an exception: "Mr. Schröder's mandates by Russian companies and companies associated with the Russian state, whose business activities contribute extensively to the financing of the Russian state and its military actions, stand in the way of further cooperation with Mr. Schröder," reads a press release from the company.

The University of Göttingen is considering revoking Schröder's honorary doctorate. The German Soccer Association wants to revoke the honorary membership of the former chancellor, who is a soccer enthusiast, and the Bundesliga club Borussia Dortmund has already done so.

Can Schröder mediate on Ukraine?

Whether Schröder can really influence Putin is difficult to assess. However, the Ukrainian ambassador to Germany, Andriy Melnyk, has suggested the former chancellor as a mediator.

"He is one of the few here in Germany who may still have a direct line to Mr. Putin. There is no one who has such a thing in Germany and the other European countries," Melnyk told the mass-circulation Bild newspaper.

Melnyk said Thursday that he knew nothing about the former chancellor's actual travel plans. "I find it hard to imagine that my government asked Schröder to do this," he said.

In a historic parliamentary session, German Chancellor Olaf Scholz announced his government's decision to supply weapons to Kyiv, to support a wide range of sanctions against Russia, and to boost defense spending.