EU governments and the European Parliament are currently clashing over the details of the bloc's economic recovery package. Olaf Scholz called for swift disbursement of funds, as the pandemic's second wave grips Europe. 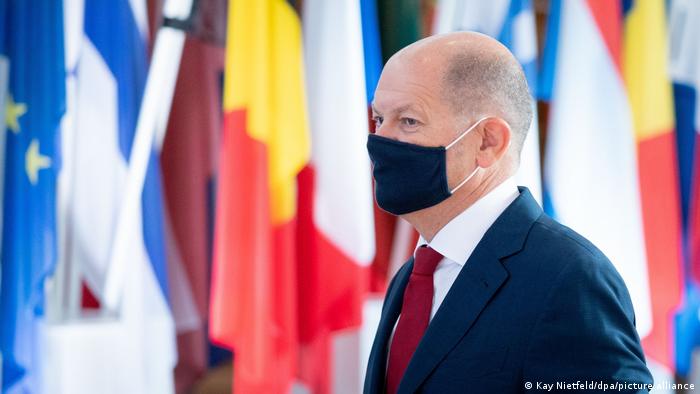 As European governments move to implement drastic restrictions, it is "all the more important to send a strong signal of unity and of a clear prospect for economic recovery and the future of Europe," Scholz said in a video message.

"What we want to accomplish ...is that the legislation is implemented by the end of this year so that the money will be available. That's the task we are facing right now - and not reshaping things that have already been agreed on," he said.

The EU's planned budget and recovery package of 1.8 trillion euros ($2.1 trillion) was agreed to by EU leaders in July, due to be up and running in January, but it is still pending approval from the European Parliament.

"That will be a lot of money which will be moved around over the next years," said Scholz, whose country holds the rotating presidency of the EU.

Already, three short-term loan instruments worth 540 billion euros were set up earlier this year, when the first coronavirus wave hit Europe. The plan's furlough scheme of up to 100 billion euros dispatched the first set of funds last week.

"The measures we have taken at the national and European level are working," Scholz said, pointing to the stronger-than-expected economic recuperation seen between July and September.

An official estimate last week showed that the eurozone economy had rebounded by 12.7% in the third quarter, following a dramatic slump in previous months. But analysts warn that the restrictions introduced to stem the second wave of the virus may make for a short-lived recovery.

EU governments and the European Parliament are currently clashing over the details of the package, with both sides blaming each other for delays.

Pledges for additional money are unlikely, but the ministers have guaranteed to keep national financial support for as long as is needed.