Nearly half of right-wing extremists are willing to resort to violence, German media have reported. The country's far-right extremists scene is growing and increasingly militant. 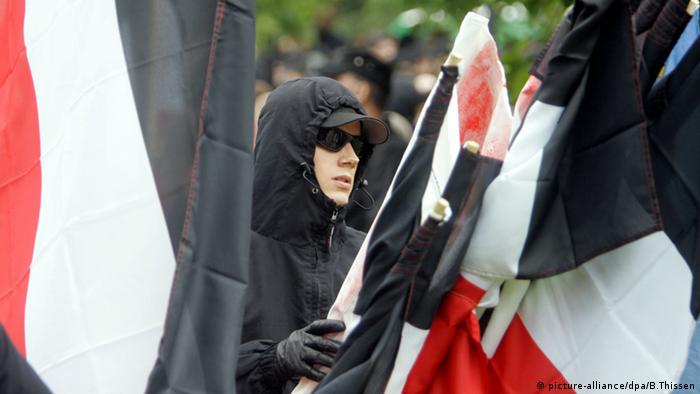 Quoting security sources on Wednesday, German daily "Tagespiegel" reported on Wednesday that almost 50 percent of all known right-wing extremists are prone to violence, according to statistics for 2016. It's an increase of 300 people compared to the report for 2015.

"Aggressiveness is still increasing," security experts told the paper, adding that refugees and Islam are being portrayed as the enemy. There is a "fomenting mass," which sees itself as an accomplice of the popular will. 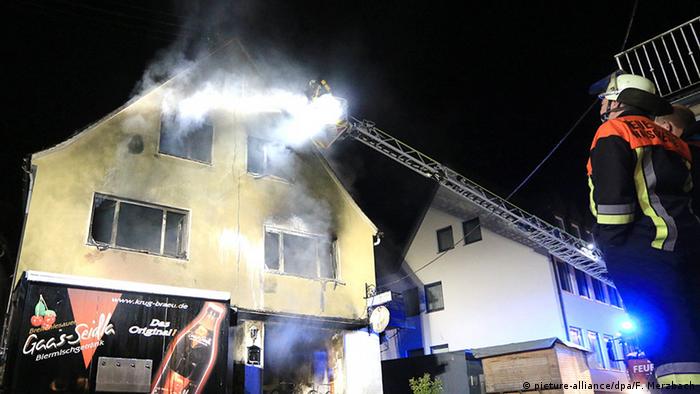 Among the right-wing extremists, the report also found an increasing number of people who were previously unknown to intelligence services or police as extremists.

The findings confirm the warning from Germany's Federal Criminal Office - following a rise in attacks on refugee homes - that there are more and more first-time perpetrators who weren't previously active in a right-wing extremist organization.

Germany's spectrum of so-called subculture-oriented, right-wing extremists also increased last year, with 8,500 people now associated to one of many established organizations, including the right-wing music scene, skinhead cliques and loose associations on the internet.

The report on Wednesday came as German authorities carried out 12 raids on suspected right-wing extremistsacross six states. Members of the so-called "Reichsbürger" extremist groups are suspected of having formed a terrorist organization, which is said to have procured arms and ammunition.

Six suspects are accused of planning attacks on police officers, asylum seekers and Jews, while a seventh is said to have supported the group through "procurement procedures."

There was no immediate confirmation of arrests.