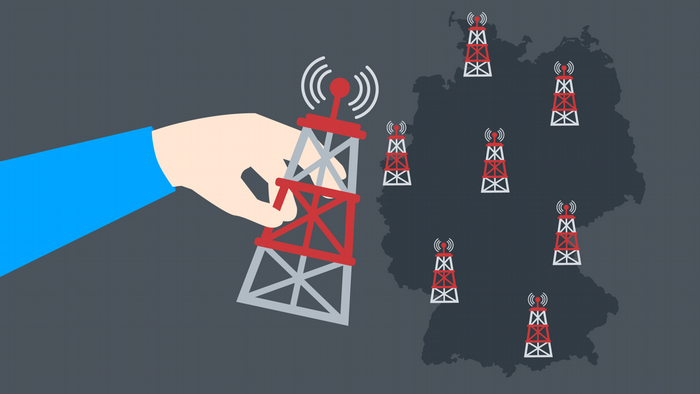 Reporter Kristin Becker, standing outside Meseberg Palace, an official Cabinet retreat 64 kilometers (40 miles) north of Berlin, was cut short by what ARD's news studio in Hamburg described as a "dead patch" (Funkloch) as she was reporting on aversions in some communities to more and more high radio frequencies being utilized for mobile devices such as smartphones and tablets.

Read more: Germany's 4G mobile network one of the worst in Europe

"Unfortunately, the connection has broken off," said midday presenter Claus-Erich Boetzkes apologetically and introduced the next topic on Germany's high-profile Tagesschau news broadcast.

Earlier on Monday, Merkel's Chancellery chief, Helga Braun, had told ZDF Morgenmagazin — Germany's second federal channel — that farmers "on their paddocks" would also benefit from the rollout of 5G.

A digital strategy paper discussed by Cabinet members at Meseberg called for a "communications initiative" to win "more understanding" for wireless networks from skeptical residents worried about purported risks to their health.

Braun admitted that Germany's auction of the UMTS service to commercial operators in 2000, part of the older, slower 3G network, had proven insufficient, despite the erection so far of cellphone and wireless masts at some 74,000 locations nationwide.

The government now recognized there were areas where a low population density ruled out subscriber-paid networks in terms of market economics, he said.

Therefore, the government would step in, Braun said, promising a "fundamental" improvement of the area-wide coverage within the next two years.

Transport Minister Andreas Scheuer on Sunday said Germany must boost its digital pace. Existing applications to erect 1,000 extra masts were stuck because of objections in procedures administered by local bodies and counties.

On the widely subscribed Speedtest Global Index in October, Germany ended up placed 38th for average fixed broadband Internet traffic and 44th for its mobile networks. 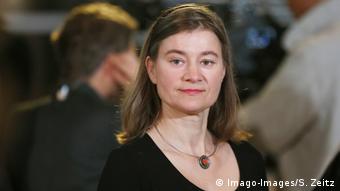 Opposition Left party spokeswomen Anke Domscheit-Berg told Deutschlandfunk public radio the federal government should aim to plug geographic gaps, and not just use a population-based criterion of reaching 99% of all households nationwide.

Under that criterion, the Cabinet's €1 billion initiative would still leave 1 million "village" residents out of reach, asserted Domscheit-Berg, an information technology expert.

Opposition Greens co-leader Robert Habeck said that during bidding, commercial operators should have been required to ensure that telephone users could roam from one cellphone mast to the next without loss of signal.