Germany's 4G mobile network one of worst in Europe

Germany is well behind its European neighbors when it comes to coverage with high-performance mobile network technology, a study shows. And data rates could do with improvement too. 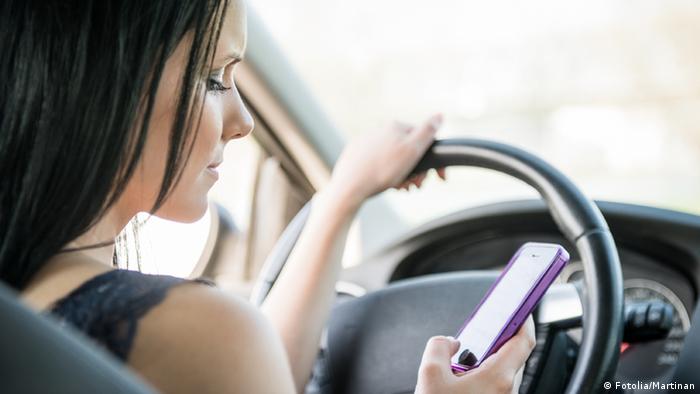 Germany has worse LTE (4G) mobile phone network coverage than many of its European neighbors, according to a study by the Aachen-based consulting firm P3 that was seen by Agence France-Presse (AFP).

The study, commissioned by parliamentarians from the Green party, shows that Germany also has some catching up to do with regard to data rates, with countries such as Poland and Albania offering better services overall.

Even the best network in Germany is "far behind" when compared with those in other countries, according to the study, whose conclusions were first reported on by newspapers in the Funke media group.

Whereas network providers in the Netherlands, Belgium and Switzerland can almost all offer LTE connections nearly 90 percent of the time, German communications giant Deutsche Telekom in Germany achieves only a 75 percent rate, the study says. Main rivals Vodafone are even further behind, with just 57 percent LTE coverage.

Deutsche Telekom customers in Poland and Albania are better off, with 80 percent coverage, while T-Mobile customers in Austria are even more comfortably provided for, with a rate of 84 percent.

This puts Germany in third-to-last place in Europe.

"That is not surprising. In Germany, investments in digital infrastructure are very expensive compared with elsewhere in Europe," the managing director of P3, Hakan Ekmen, told German public broadcaster ARD.

A number of European countries also have a considerable edge over Germany when it comes to mobile surfing speeds, the P3 study says.

It gave the average speed for downloading data onto a mobile device in the German Telekom network as 4.9 megabit per second, with Vodafone and Telefonica still slower. Telekom and Vodafone customers in Albania can surf almost twice as fast with an average rate of 9.4 and 8.7 megabits per second respectively, according to the study.

The deputy leader of the Greens parliamentary party, Oliver Krischer, criticized the current situation, saying Germany "brought up the rear in Europe."

The Green parliamentary spokeswoman for digital infrastructure, Margit Stumpp, called for faster progress on establishing a widespread fiber-optic network and for 5G networks to be developed at the same time.

The Federal Network Agency will auction 5G licenses in spring 2019.

Read more: Is your mobile phone damaging your brain?