The huge number of smartphones in the world, combined with their short lifespans, make the ubiquitous devices a major environmental problem. Could modular designs be the solution? 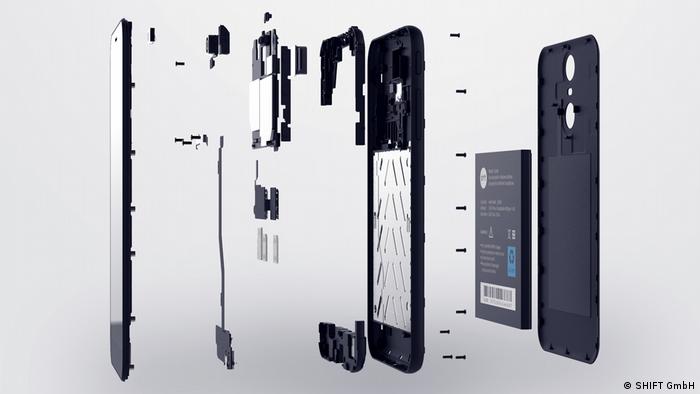 These days, a two-year-old smartphone is considered old. Given that estimates put the number of smartphones currently in use around the world at more than two billion, that should give us pause.

While they may be fairly small devices, their sheer number means constantly replacing them consumes huge amounts of resources. And we're not just talking about the plastic and glass that users see on the outside.

Their electronic components contain materials like coltan and gold, which are often mined at high cost to both the environment and the people mining them. Manufacturing of smartphones also consumes a lot of energy. In fact, a recent study by researchers from McMaster University in Canada concluded that 85 percent of the emissions caused by a mobile phone stem from its production.

So how can we reduce the impact of smartphones on the environment?

"Think of this simple calculation: If you use your phone twice as long, you only need to produce half as many phones," Bas van Abel recently told DW in an interview. The Dutch entrepreneur is the founder of Fairphone, a company that launched the first commercially available modular smartphone in December 2015.

Modular design is a key factor in ensuring longevity. "The easier it is to repair a device, the longer it can remain operational and the better it is for the environment," said Samuel Waldeck, CEO of Shift. 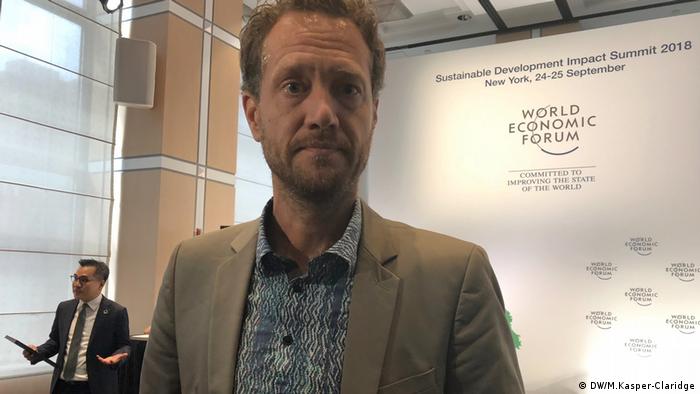 Bas van Abel founded Fairphone, one of the first commercially available modular phones. His company works to develop sustainable sources for the raw materials used in its phones

His company makes modular smartphones expressly designed to be repaired or upgraded by the owners themselves — something that's virtually impossible with most mainstream devices where even the battery is often glued in.

Users can also return their devices in exchange for a discount on a new one regardless of its age and condition, and the original sale price includes a deposit, which buyers get back if they eventually return the phone. And most, it seems, do.

"As far as we know, only one of our devices has been thrown away so far," said company cofounder Carsten Waldeck. "That was a lady in Austria who had upgraded but unfortunately she hadn't understood how our upgrade-system works."

All the others, he told DW, have eventually ended back where they were made. The team at Shift then repairs them, and wherever possible, parts that can't be repaired are recycled.

The Waldeck brothers said they wanted to ensure they would be able to continue providing replacement parts. At a recent trade show for sustainable living, Samuel Waldeck pulled the battery out of his Shiftphone.

"We actually own the mold that you need to make this battery, which we use in all our devices. This way, we can make sure you'll always be able to get a new battery for your phone."

That independence is important to the duo, who despite interest in their products, refuse to bring in outside investors to grow their company faster.

The greenest tech companies in the world

"That is also our promise to our customers," said Carsten Waldeck, "that we can't be bought. To assure that we will still be around in 20 years."

But such a commitment isn't without its drawbacks. While Shift has had no trouble finding enough customers, the company continues to struggle to produce enough phones to meet demand, largely because it doesn't have sufficient operating capital to buy electronic components in great quantities.

Read more: Is child labor the price for e-cars?

The company is also committed to sourcing its materials in a sustainable way — a concept pioneered by Fairphone. 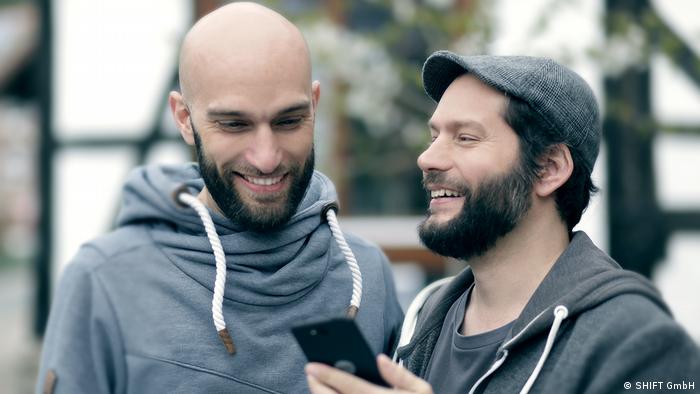 Rather than trying to avoid conflict zones like the Democratic Republic of Congo (DRC), which is where many of the key raw materials needed to make a smartphone are found, Fairphone  partners with local organizations to source them from sustainable mining projects that also help the local population by providing income opportunities.

Shift is taking a different approach and is working with companies certified by the German Federal Institute for Geosciences and Natural Resources (BGR). They have also replaced Coltan with ceramic capacitors in their phones. Still, Carsten Waldeck admits how difficult it is for a company of Shift's size to make a real impact in this area.

It was less than 100 grams (3.5 ounces), in the entire history of Shift. Which he said means someone wearing a big chunk of jewelry would potentially have done more damage than their company, even if they hadn't used certified gold.

Gold mining can be a very dirty process, with open pit mines often destroying entire ecosystems and toxic chemicals such as cyanide and mercury that are used to extract the precious metal, left to contaminate local lands.

"That is a very very very important issue," Waldeck continued, "especially for big manufacturers who use a lot of material. If they change how they source their materials that would have a real impact."