West Germany planned to procure and even deploy chemical weapons in the 1960s. US and German military files, recently disclosed and evaluated by a team of journalists, run contrary to longstanding government denials. 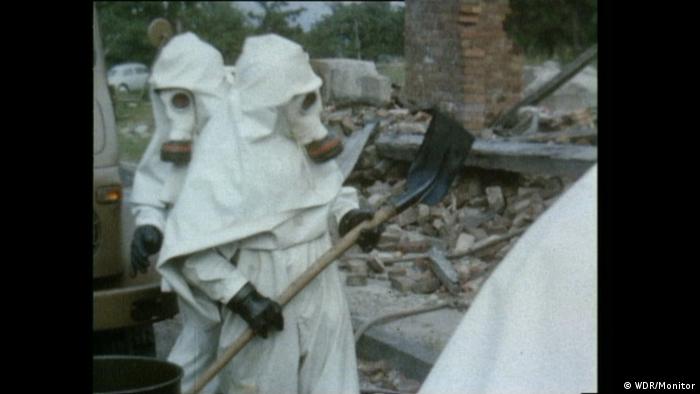 War, Auschwitz, chemical weapons: never again. This was what the newly formed Federal Republic of Germany swore after the horrors of two World Wars. The German Empire had, after all, been responsible for the first ever use of poison gas during World War I, and the majority of chemical weapons were developed by German chemists — including Zyklon B, which the Nazi regime used until 1945  to commit mass murder during the Holocaust.

Yet less than 20 years later, the West German government planned to break this taboo. In 1961, West Germany initiated a debate in top-secret meetings with NATO. It called for the United States not to be the only country with the deterrent and retaliatory capability of chemical agents.

"We cannot do without such a means," Friedrich Foertsch, the inspector general of Germany's military, the Bundeswehr, said at the time. In the event of a Soviet attack, NATO anticipated a swift chemical weapons strike via the Warsaw Pact countries.

The documents that have now been disclosed, and made available to a team of journalists from German regional public broadcasters NDR and WDR, and daily Süddeutsche Zeitung, attest that in 1963 West Germany Defense Minister Kai-Uwe von Hasse secretly asked the US to supply his government with chemical weapons. 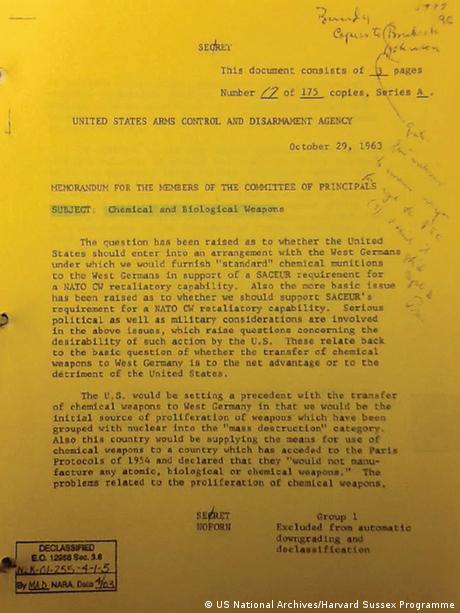 US documents from 1963 on West Germany's request for chemical weapons

The Pentagon was initially willing to comply.

"The surprising part is that the United States military did not appreciate that it was a sensitive issue," says the American military historian Reid Kirby. "They approached it as simply just another weapon system."

The US Department of State, however, expressed serious reservations. "That was very serious business. The political problem would be immense," remembers Matthew Meselson, a chemical weapons expert who was an adviser to the US government at the time.

"This was a really hot potato, and only the president could decide that."

Washington considered the proposal in detail but in 1966 ultimately decided against a transfer. The US did, however, leave open the possibility of making chemical weapons available to its allies in the event of a war.

Preparing for an attack

Concurrently, from 1962 until at least 1968, a small group of high-ranking Bundeswehr officers were making detailed plans for a possible chemical weapons attack — on the instructions of the inspector general, and in consultation with defense ministers and deputy ministers. The documents show the military suggested procuring 14,000 tons of chemical weapons for the Bundeswehr from the US and, if war broke out, using artillery and the air force to deploy them against Warsaw Pact troops.

In 1966 the top secret "ABC study group" was established in the Bavarian town of Sonthofen, in southern Germany. In 1967, the team of experts conducted war games code-named "Damocles" in the region around Braunschweig in northern Germany, which simulated battles involving the use of chemical weapons by both sides.

However, in 1968 then-West German Defense Minister Gerhard Schröder (Editor's note: No relation to former Chancellor Gerhard Schröder) decided "not to schedule any preparations for an active deployment of chemical weapons by the Bundeswehr for the time being." The study group, though, was to continue its research in the field. 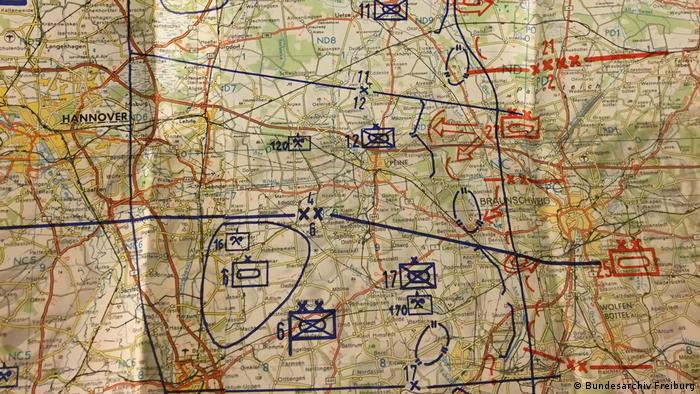 This Bundeswehr map from the 1960s shows Braunschweig

Hans-Georg Wieck, the former head of Defense Minister Schröder's office who went on to lead Germany's foreign intelligence service, the BND, now describes the plans as "plausible and correct, if the threat is there." Asked about the files, former Inspector General of the Bundeswehr, Wolfgang Altenburg, says he was "very surprised by the intensity and period of time over which these things were pursued."

"It was most certainly a serious study by West Germany to integrate chemical weapons into their armed forces," says Kirby, the US military historian. "You could definitely see that by the fact that they did logistical planning. They considered what was necessary for training and organizing around it. They also included it in their wargaming as well."

The German government and the Bundeswehr had always vehemently denied planning to possess or deploy chemical weapons. 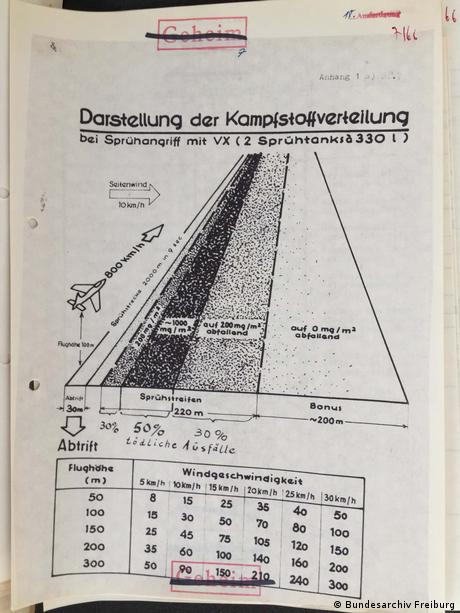 They repudiated all reports to the contrary, such as those that came out of East Germany from 1968 onwards, or those by investigative journalists Günter Wallraff and Jörg Heimbrecht in Konkret magazine in 1969 and 1970, and by public broadcaster ARD's investigative television program Monitor in 1970.

According to the international agreements of the day, West Germany was forbidden from using or manufacturing chemical weapons. Analysis of the newly released documents shows that ministerial legal experts justified the secret plans with the argument that it would be permissible for Germany to equip itself with poison gas, store it, develop it, and launch a retaliatory attack using chemical weapons if the enemy were to use such weapons first, thereby breaking international law.

Approached by NDR, WDR and the Süddeutsche Zeitung for comment, the Ministry of Defense in Berlin said it had no information about the plans, as the events took place too long ago.

"No chemical weapons exist today on German soil in either German hands or those of NATO allies," according to a Ministry spokesman.