Germany's current government has approved massive arms exports to countries in conflict areas, according to a new report. The CDU-SPD cabinet also set new records for selling weapons, despite pledges to reduce it. 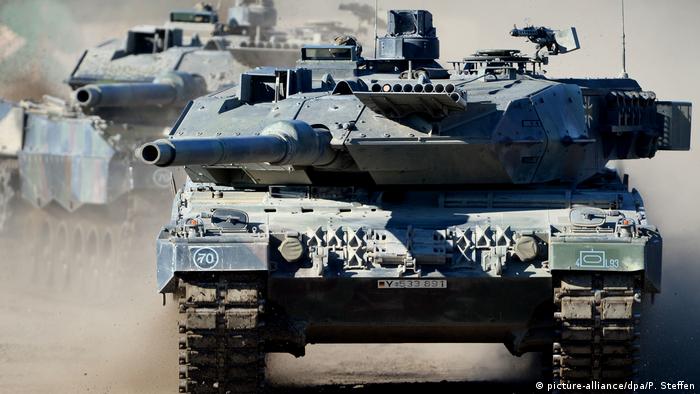 Angela Merkel's government has approved over €25.1 billion ($30.9 billion) worth of weapons sales since taking power in 2014.

This puts the current administration, a coalition of Merkel's center-right Christian Democrats (CDU) and the center-left Social Democrats (SPD), above any other German government in modern history, public broadcaster ARD reported on Tuesday.

The most drastic change comes in exports to nations outside EU and NATO – Berlin approved €14.48 billion in arms between 2014 and 2017. This marks a 47 percent increase compared to the 2010-2013 cabinet, which was also run by Merkel.

Ahead of the 2013 coalition agreement, the SPD had pledged to impose strict rules on exporting weapons. The deal also placed the SPD's Sigmar Gabriel at the head of Germany's economy ministry, giving him key oversight of the exports.

Germany's ARD said their report was based on data provided by the economy ministry, following an inquiry by the Left party. The broadcaster said the data was preliminary and that the numbers could still rise.

"Four years ago, the SPD promised to turn away from export policy that was purely based on economy," Stefan Liebich from the Left party told ARD. "In reality, the floodgates were not closed, but opened even wider."

The Left's parliamentary leader Dietmar Bartsch went a step further on Wednesday, saying it was "unbelievable" that Germany would deliver weapons to dictatorships.

"The numbers that have now been published show that there also a measure of moral decay which I have not thought possible," Bartsch said, describing the exports as a "total failure" of the ruling coalition.

Germany's Greens also bluntly criticized the government, describing their failure to rein in arms exports as a "statement of bankruptcy."

The cabinet has been violating its own rules on exporting arms, said the party's foreign policy expert Omid Nouripour, despite Sigmar Gabriel's "sermonizing."

The report comes at a difficult time for the German government, amid the uproar sparked by photos of German-build tanks deployed by Turkey in Syria. They also cast doubt on the current talks between CDU and SPD on forming then next government, which also include a pledge to "toughen" the rules on arms exports.