Germany's Bundeswehr has supported a UN mission in Mali for nearly four years. DW takes a look at what it does there and the mission's role within Germany's larger Africa and Sahel strategy. 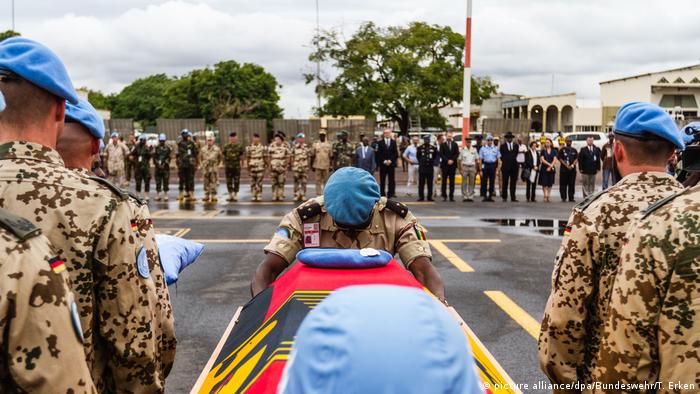 German troops on the MINUSMA mission see off two comrades who died in a helicopter crash in July.

Around 875 German troops are currently taking part in the 13,000 strong UN peacekeeping mission in Mali (MINUSMA), aimed at stabilizing the country and supporting a peace agreement between the government and rebels.

Mali is considered one of the world's most dangerous UN missions, with more than 120 blue helmets killed in the past four years, including two German pilots. The Bundeswehr has a robust mandate that includes permission to use force.

German interests in the broader Sahel region are tied to the fate of Mali. Berlin's primary interests include supporting its ally France, combating extremist groups and preventing criminal human-trafficking networks from sending migrants north to Libya and on to Europe.  Fostering political stability and economic opportunity are integral parts of Germany's broader Sahel strategy. But the rebellion for Tuareg autonomy was quickly hijacked by Islamist militants, including al-Qaida aligned groups.

The rebellion was strengthened by a flood of arms and fighters brought on by the instability that followed the 2011 civil war and international intervention that helped oust Libyan strongman Moammar Gadhafi. 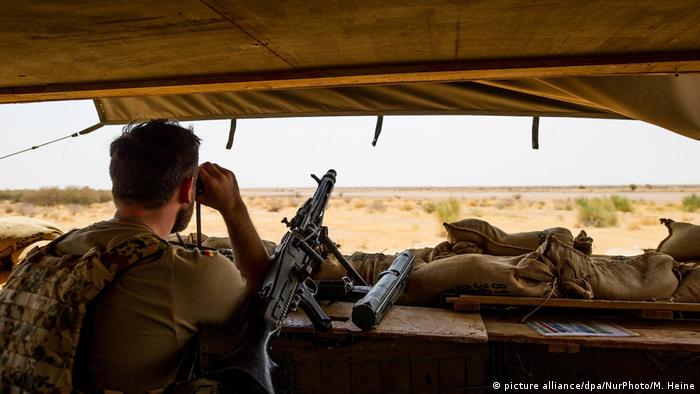 A Bundeswehr soldier secures the perimeter of Camp Castor airfield in Gao, Mali.

Events in Mali prompted France to militarily intervene in its former colony in January 2013. French forces were able to largely push back the extremist insurgency, but jihadis continue to use sparse terrain to launch attacks.

The UN deployed a peacekeeping mission in July 2013 to replace the French mission. It now oversees a June 2015 peace accord signed between the Malian government and Tuareg rebels and other northern rebel factions, but excludes al-Qaida linked groups.

Implementation of the peace agreement is fragile.

While France's Mali intervention has ended, about 4,000 French soldiers are part of a larger counterterrorism and anti-smuggling operation in the Sahel region known as Barkhane. 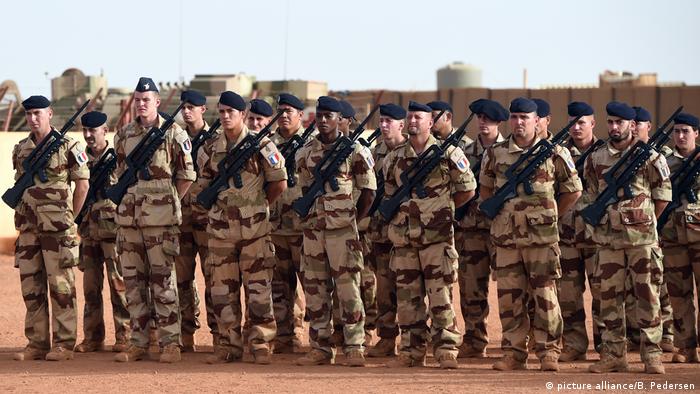 French troops in Mali taking part in the Barkhane operation.

Germany joined MINUSMA from the beginning. But it has increased its role in Mali over time, in part to support France's broader counterterrorism operations, especially after a series of terror attacks in France over the past two years. The importance of the broader Sahel region has also increased as criminal trafficking networks bring African migrants to Libya, using it as a springboard to reach Europe. More than 600,000 African migrants, most with little chance of receiving asylum, have arrived in Italy over the past three years. 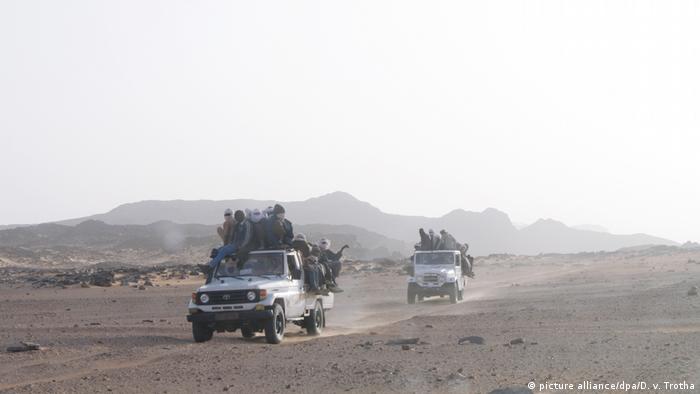 Migrants in trucks cross the desert in northern Chad on their way to Libya.

The 2017 decision came after the Netherlands pulled its own helicopters out and Germany decided to fill the gap by deploying NH-90 transport helicopters and Tiger type combat helicopters.

In addition to the UN mission, Germany has about 350 soldiers based in the southern Mali as part of an EU training mission for the Malian army.

Separately, Chad, Mauritania, Mali, Niger and Burkina Faso - known as the G5 -are setting up a 5,000-strong combined force to combat smuggling and extremist groups in the Sahel region. The EU is the main funder of this French-backed African force. The G5 force is expected to complement France's Barkhane operation and the MINUSMA mission.

German Defense Minister Ursula von der Leyen is in Mali to visit the troops and meet with her French counterpart. It comes after two German pilots died in a crash. (30.07.2017)