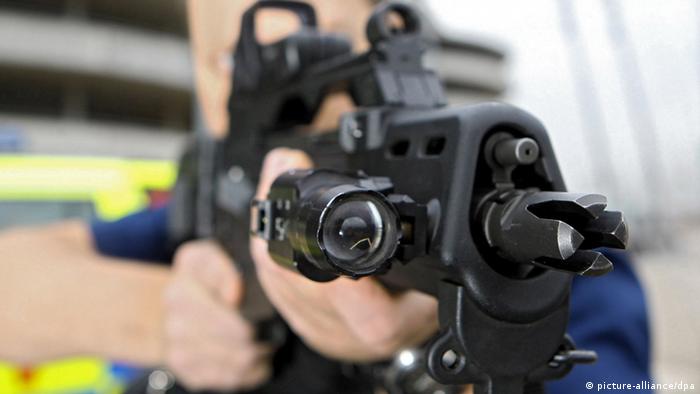 The figures, German Vice Chancellor and Economy Minister Sigmar Gabriel told journalists in Berlin on Friday, were characterized by "light and darkness."

He was referring to Germany's arms sales in 2015, which amounted to a total of 7.5 billion euros, up by almost 50 percent compared with 2014.

Germany is one of the world's top four arms exporters, but Gabriel, who heads the Social Democratic Party (SPD), has vowed to make arms export policy more restrictive, especially with regard to the Middle East.

In the past, Gabriel said, exporting rules had been watered down, with too much weight given to the interest of the arms industry. 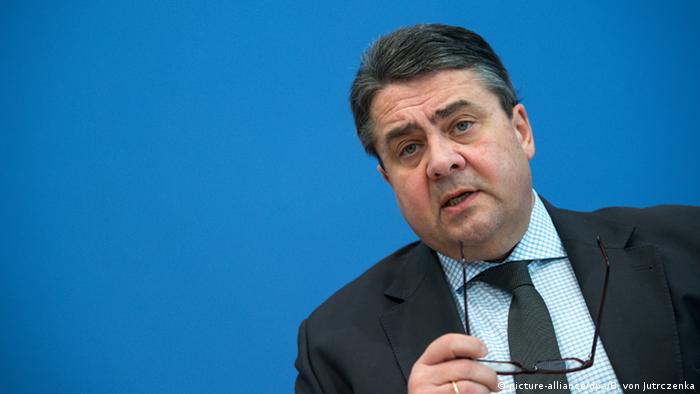 Sale of small arms down

In Germany, the Economy Ministry has to approve arms exports and, according to its own political guidelines, has to take into consideration human rights. The guidelines also set down that German arms are not to be exported to conflict zones.

But there is a caveat: In the case of "special foreign and security interests," approval may be granted.

Past decisions have often been opaque, and the government does not disclose arms exports that it has refused.

Gabriel and opposition parties have long called for a law to be drawn up to govern future exports, and the SPD leader has promised to launch a committee of experts to look into the issue.

To some extent, the minister is keeping his promise to curb sales to non-EU and non-NATO states, often referred to as third-party states. Germany's sales of light weapons, which are particularly prevalent in civil wars and conflicts around the world, fell by 30 percent compared to 2014, Gabriel said. They totaled some 33.9 billion euros, which, according to the government, marks a record low for the last 15 years.

At the same time, the sale of light weapons to non-EU and non-NATO states fell by 60 percent, which Gabriel lauded as a "radical shift in government policy."

No decision on sale to Saudi Arabia

Gabriel also repeatedly stressed that a huge chunk of last year's exports was made up of sales to democratic states, such as four tanker aircraft to the United Kingdom and guided missiles to South Korea. Sales, Gabriel said, also included such items as bullet-proof glass for embassies abroad or parts for unarmed trucks for Algeria.

But Gabriel also pointed out that he had been unable to revoke the previous government's approval for an order that Qatar had made for Leopard tanks and howitzers that amounts to about 1.6 billion euros ($1.8 billion). That, he said, was an approval "that I wouldn't have given.

A final decision has also not yet been made on the delivery of patrol boats to Saudi Arabia. Earlier this year, Gabriel had said Germany would look harder into arms exports to Riyadh after a mass execution of prisoners, including a famous Shiite cleric.

But, despite all the vice-chancellor's talk of restricting arms exports to third-party states, there's no talk of an overall decline in arms exports. Asked about the future of the German weapons industry, Gabriel told journalists that he has "no objections at all" to Germany's remaining one of the world's main arms exporters when it comes to exports to EU and NATO countries.

Berlin has asked autonomous Kurdish representatives to explain possible sales of German weapons in northern Iraq. German military has supplied the anti-IS militia with arms, but a report alleges the fighters resold them. (22.01.2016)