Germany's right-wing populist AfD party has rebuked one of its regional figures for remarks nearing on racism. Björn Höcke's praise for France's far-right National Front was also rejected by some party leaders. 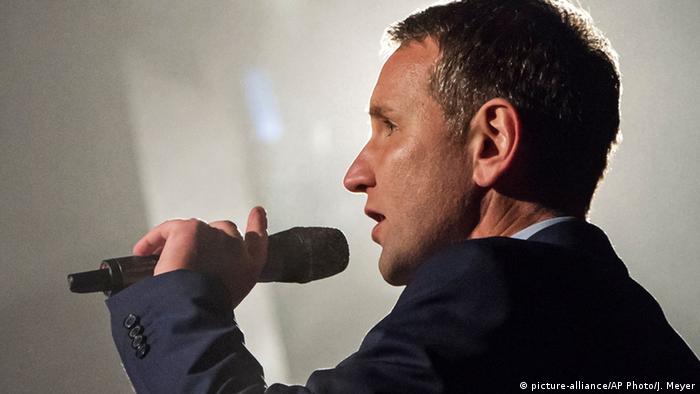 Höcke, who heads the AfD in Thuringia state, had spoken during a lecture about Africa's reproduction rates, apparently claiming that Europe's willingness to accept refugees would drive continued overpopulation. Höcke referred to an "African life-affirming propagation type" and an overpopulation of Africa. "As long as we are prepared to take on this population surplus, Africans' reproductive habits will not change," Höcke had said.

Meuthen, reacting after the AfD executive held a telephone conference on Sunday, said Höcke's formulation was "factually nonsensical, lacked any scientific substance, and invited misinterpretation as an almost racist statement." 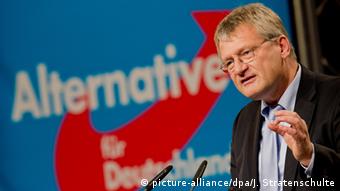 Meuthen told Höcke, the AfD's top politician for the state of Thuringia, who has often clashed with the party leadership, to reflect inwardly and to tone down his public appearances, adding that his statements had been "anything but helpful."

Höcke, who draws backing from the AfD's right-wing nationalist faction, is regarded as the strongest rival of Frauke Petry, the AfD's prominent co-leader who heads a party that in recent months has veered further to the right.

Höcke caused a stir in a televised nationwide talk show in October by draping a German flag over his chair and saying Germany could not absorb so many immigrants.

Registered arrivals this year amount to one million.

Bernd Lucke, a euroskeptic economist and AfD founder, broke with its nationalist wing in July and went on to form a new party called the Alliance for Progress and Awakening (Alfa) after unsuccessfully seeking Höcke's expulsion.

Höcke was also slammed by Meuthen on Monday for congratulating Marine Le Pen's far-right National Front (FN) on its first-round surge in France's regional elections, saying Höcke's utterances had been "wrong and inappropriate."

Voting concluded Sunday with a rout for the FN in three regions in which it had hoped for wins, with gains instead for ex-president Nikolas Sarkozy's conservatives, assisted via tactical support votes from President Francois Hollande's Socialists.

Another AfD executive member, André Poggenburg, who belongs to the party's nationalist right-wing, contradicted Meuthen on Monday, telling the German DPA news agency that Höcke was in no danger of eviction from the party.

During the telephone conference, said Poggenburg, executive members had "not been happy" about Höcke's remarks on what he termed "reproduction rates" of Africans. Disciplinary action had, however, not been discussed.

Poggenburg also dismissed Meuthen's criticism of Hocke for congratulating the FN, saying: "at least in terms of EU criticism and mass immigration, the FN stands close to the AfD."