The gender pay gap has narrowed in Germany in recent years — but only by a few percentage points. A new report shows that women in the eastern states are more on a par with men than women in the West. 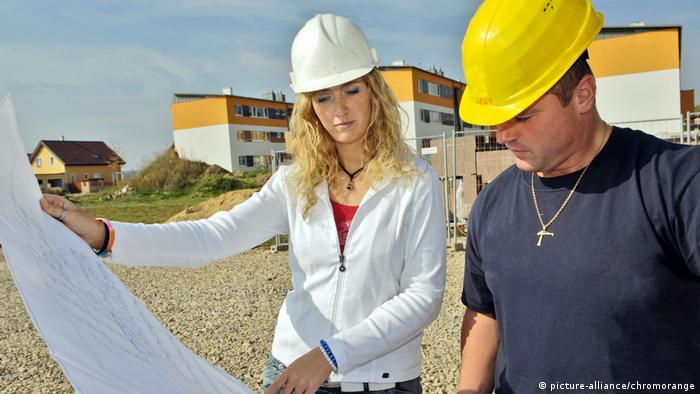 Women in Germany earned 20% less than men in 2019, according to a study published on Monday. The difference in earnings was lower than in 2018 — by 1%.

The German Federal Statistics Office destatis used the so-called unadjusted gender pay gap to determine the figures. It does not take into account employees' age, education status or work experience in comparing wages — only their gender.

The figures were published ahead of Equal Pay Day on March 17. The date is determined by how far into the year the average woman will have to work to earn as much as a man did in the previous year.

Worse for women in western Germany

As in previous years, the gender pay gap in the states which made up the former East Germany was around three times lower than in western states.

In the states of Brandenburg, Mecklenburg-Western Pomerania, Saxony, Saxony-Anhalt and Thuringia the pay gap was on average 7%. In all the other states, as well as Berlin, the gap was on average 21%. The latter states make up the vast majority of Germany's population.

This difference may reflect the fact that wages in general are lower in the eastern states. The eastern states made up the socialist German Democratic Republic (GDR) until 1990.

The economic impact of gender stereotyping

There may be several reasons why the pay gap has persisted even though more and more women are being paid the same as men.

Women are more likely to work part-time or fewer hours, often because they still bear the brunt of childcare and housekeeping responsibilities. In addition, jobs in sectors that are dominated by women or traditionally done by women often pay less despite requiring a similar level of qualification.

The statistics office estimates that 47% of women in comparison to 9% of men work like this, between the ages of 20 and 64.

For women and men employed for the same number of hours with the same qualifications in the same kinds of jobs, the statistics show that women earn 6% less than men on average.

The federal statistics office gathered information from employers across Germany to put together the report.

Large numbers of German workers are unhappy with the amount of time they spend on the job. And it's not just because they feel overworked. (16.01.2020)