More than 130 countries have signed up to an accord brokered by the OECD. But Ireland and eight other countries refused to back the agreement. 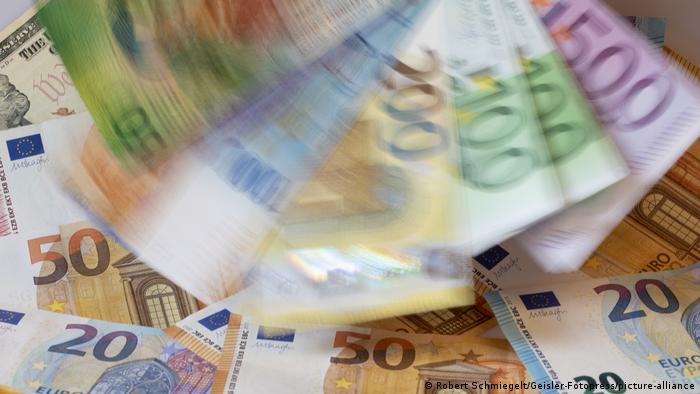 Germany on Thursday hailed a global tax deal to ensure major corporations end up paying a fair amount in taxes as "a colossal step" towards "greater tax justice."

More than 130 countries signed up to a minimum corporate tax of 15%, which the Paris-based OECD said could bring in some €125 billion ($150 billion) in extra revenues each year globally.

"The agreement reached on global effective minimum taxation is a colossal step towards greater tax justice," German Finance Minister Olaf Scholz said. "The race to the bottom in competition is over."

He added that "in future, large corporations will pay their fair share in financing our common welfare."

In an interview with DW, Scholz said despite reports that the UK secured exemptions from the tax plan for financial services, the plan "will not be harmed by the special agreements."

"This will give us a chance for a better income from companies that earn a lot of money, but forgot to pay taxes — and they will  have to now," the finance minister added.

"With a global minimum tax in place, multinational corporations will no longer be able to pit countries against one another in a bid to push tax rates down," he said a statement.

"They will no longer be able to avoid paying their fair share by hiding profits generated in the United States, or any other country, in lower-tax jurisdictions."

The agreed 15% rate would apply to companies with a turnover above a €750 million threshold.

Only the shipping industry is exempted as for more than a century those firms have only been taxed in their jurisdiction of residence.

The nations who backed the accord represent more than 90% of global GDP, but some governments refused to sign up.

Ireland declined to back a global effective tax rate of 15%. It has managed to lure several tech giants, such as Apple and Facebook, to the country with a lower rate of 12%.

Irish Finance Minister Paschal Donohoe, who led negotiations on Dublin's behalf, said the government "was not in a position to join the consensus on the agreement and specifically a global minimum effective tax rate of at least 15%."

"I have expressed Ireland's reservation but remain committed to the process and aim to find an outcome that Ireland can yet support," he added.

Among the nine countries that refused to sign up are Hungary, Estonia and South Korea.

The United Kingdom, which currently holds the G7 presidency, has been calling for tougher rules for multinationals to stop them shifting profits abroad.

British Finance Minister Rishi Sunak said the accord "marks a further step in our mission to reform global tax."

Technical details are to be agreed upon by October so that the new rules can be implemented by 2023, a statement from the OECD said.