Climate activists are dismayed at the appointment of Mathias Cormann, who has had a history of blocking climate action. The former Australian finance minister will be hoping to assuage their concerns. 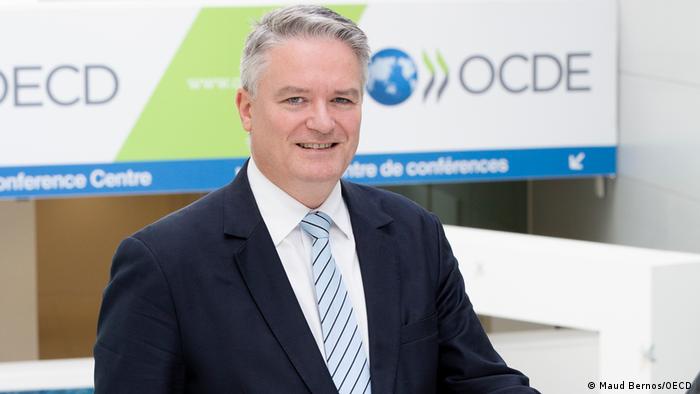 Mathias Cormann, Australia's longest-serving finance minister, is taking over from Mexico's Angel Gurria as the new secretary-general of the Organization for Economic Cooperation and Development (OECD) on Tuesday, starting a five-year stint that promises to be a challenging one.

Cormann takes the reins at the 38-member influential body as the organization looks to play a major role in supporting economic recovery from the pandemic, tackling accelerating climate change and helping reach a global agreement on digital taxation.

"There is a big job to be done in doing our bit to help drive stronger, cleaner, fairer, a more inclusive growth," Cormann told reporters after being elected to the post.

"We need genuinely ambitious and effective action on climate change," he said, singling out climate change as a key target. He said he would work toward a global approach to help countries cut their net carbon emissions to zero by 2050.

Cormann's emphasis on a net-zero emissions target is a major shift in rhetoric by a man who once described such a goal as "reckless and irresponsible" and carbon pricing a "very expensive hoax." The conservative politician has had a history of blocking climate action. He abolished Australia's carbon pricing scheme and continued to prop up the fossil fuel industry as a senior minister in the government.

Climate activists flagged Cormann's track record which ran contrary to OECD's climate goals as they called on countries to reject the Australian's bid for the top job at one of the world's premier global economic organizations. They described his rhetorical shift as an attempt to airbrush his record clean.

"It is imperative that Mr. Cormann now backs up his rhetoric with action and proves that he is up to the task of leading the OECD in a way that prioritizes action on climate change at a global level," Greenpeace Australia Pacific spokesperson Martin Zavan told DW. "Now that Mr. Cormann has the job, he must leave his climate-blocking actions and rhetoric in the past where they belong."

Cormann is assuming office just months ahead of a crucial UN climate summit in Glasgow, the COP26, where governments are expected to agree on a plan to tackle climate change.

"We are in a climate emergency. The OECD should encourage and facilitate member states to quickly and strongly step up their responses to reducing emissions at a scale and speed consistent with the best science on what is needed to meet the long-term Paris climate goal," Zavan said. 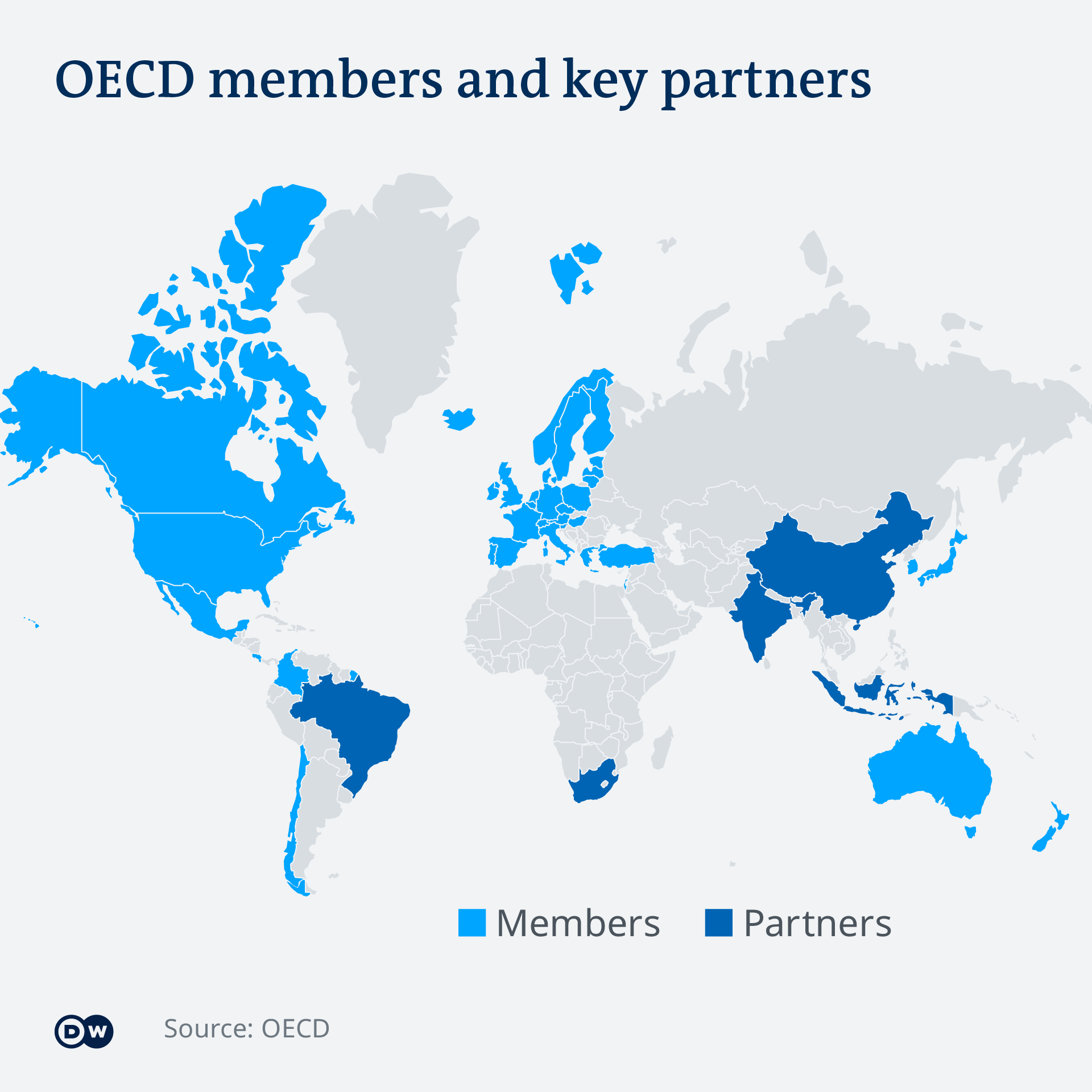 Another of Cormann's key priorities is to get governments to agree to a global deal on taxing multinationals that would reflect the realities of modern-day commerce and ensure that US tech giants pay their fair share of taxes.

The Paris-based OECD, which counts the US, UK, Germany and Japan among its members, has been coordinating talks for years among nearly 140 countries to rewrite taxation rules governing cross-border trade. Hopes of a deal have soared in recent months after the Biden administration put its support behind a global minimum corporate tax.

"It is in the interest of relevant companies involved to be able to deal with one consistent international set of rules, rather than to have to deal with the proliferation of different unilateral measures," Cormann told the Financial Times in March. "I'm quietly optimistic that in the end sense and sensibility will prevail."

Who is Mathias Cormann?

Born in Belgium, Cormann migrated to Australia in 1996 while in his mid-20s.

He initially worked as an aide to a regional minister before taking over as a senior adviser to the premier of Western Australia. After a brief stint in the health insurance sector, Cormann was elected Liberal Party senator for Western Australia, a province he represented till 2020. He served as Australia's finance minister from 2013 to 2020.

A native German speaker, he also speaks English, French and Flemish, a multilingual background that he flaunted while campaigning for the OECD job.

Janet Yellen made a case for ending the "race to the bottom" on taxation. This comes days after the Biden administration announced plans to increase the US corporate tax.