German politicians have called for measures to deter people from the Balkans from seeking asylum in Germany. Only a tiny percentage are ever granted asylum, with many deemed to be economic migrants. 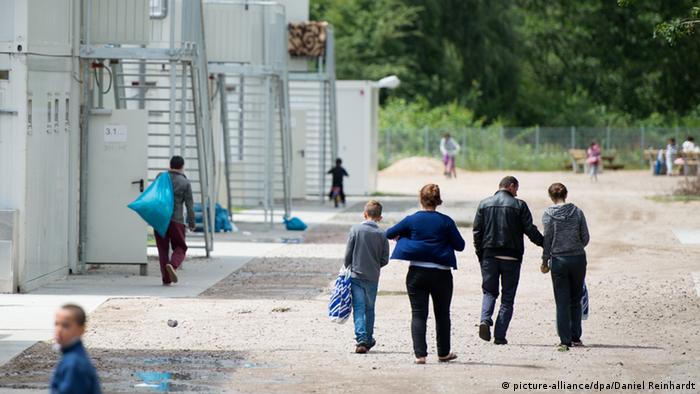 His comments came as Germany deals with an increasing number of asylum applications from refugees from outside Europe. The government is being urged to stem the flow of applicants from the Balkans, especially Kosovo, regions which are deemed relatively safe.

"Whoever comes from Kosovo, should be sent back home within a month," Kauder told "Die Welt" newspaper on Sunday.

Official figures indicate that Germany is on track for a record 450,000 total asylum applications by the end of the year. That figure would be more than double the 200,000 that were received in 2014.

Refugees have been coming to Germany in increasing numbers from war-torn countries such as Syria, prompting officials to say that they are struggling to cope.

As a result, Germany has moved to stem the flow from the Balkans, with Bosnia, Macedonia and Serbia currently deemed "safe" countries. Less than 0.1 percent of applications from Serbs are successful, compared with 84 percent from Syria.

Manfred Weber, leader of the center-right European People's Party (EPP) in Brussels and a member of the CDU's Bavarian sister party the CSU, has floated the idea that obligatory visas for citizens from Kosovo and Serbia should be reintroduced.

"In the current situation, it is something that should also be on the table," said Weber.

More countries to be deemed 'safe'?

According to the "Frankfurter Allgemeine Sonntagszeitung," the government has decided to bring forward the date of a planned asylum summit to September 9. On the agenda would be a widening of the list of countries deemed safe to include Albania, Kosovo and Montenegro.

German authorities on Friday launched a four-minute video to be screened across the Balkans, aimed at stopping applications for asylum from the region. The footage shows Balkan refugees boarding a police bus to an airport where they are sent home by charter flight.

The video warns its target audience not to trust rumors that they will easily be granted asylum and given loans. Instead, it warns would-be applicants that, once rejected, they would be deported and face the prospect of having to foot the bill themselves.