Germany: TV reporter apologizes for smearing mud on herself at flood site

Journalist Susanna Ohlen was recorded spreading dirt on her clothes and face before reporting from a flood site in Germany in an apparent bid to make the report feel more authentic. 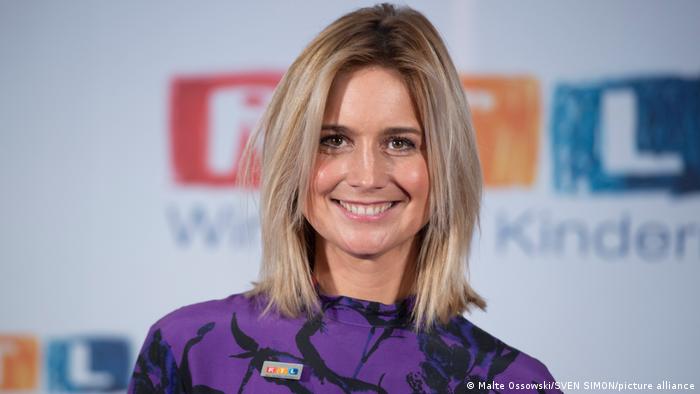 A German television reporter has apologized after a video surfaced of her smearing mud on herself ahead of a broadcast from an area devastated by floods last week.

RTL presenter Susanna Ohlen, 39, said it was a "serious mistake" to add mud to her clothes before reporting from the areas heavily hit by deadly floods in Germany.

"As a journalist, this should never have happened to me. As a person who takes the suffering of all those affected to heart, it has happened to me. I'm sorry," she wrote on Instagram.

"After I had already helped privately in the region in previous days, I was ashamed to stand in front of the camera in clean clothes, in front of the other relief workers. As a result, without thinking twice, I smeared mud on my clothes," she said.

While the video apparently shows her also putting the dirt on her face, the reporter did not give a reason for it.

Ohlen, who also hosts "Good Morning Germany," had been introduced to the program as a person who had helped with the cleanup in Bad Münstereifel, a town in the state of North Rhine-Westphalia, which saw widespread damage following record rainfall last week.

An anonymous video clip which surfaced showed Ohlen and her crew standing amid junk and rubble, presumably waiting for filming to start. At one point, Ohlen bends down, reaches into a puddle and spreads the dirt on her face and clothes.

"The actions of our reporter clearly contradicts journalistic principles and our own standards. We therefore suspended her on Monday, after we learned of it," an RTL spokeswoman said on Thursday. RTL is one of Germany's largest private broadcasters.