A Dutch man has appeared in court facing charges of an attempted robbery of Roman-era coins from a German museum in Trier. His gang had wanted to make off with 18 kilograms of gold. 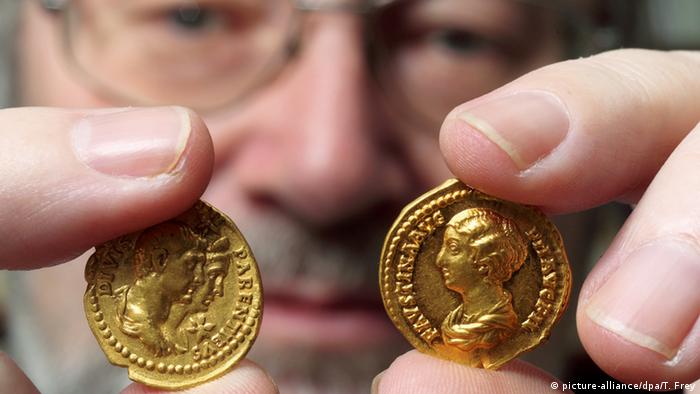 One member of a three-man Dutch gang went on trial on Tuesday for the attempted theft of a collection of Roman gold coins from a German museum in 2019.

The 28-year-old defendant is facing charges of attempted robbery and membership in a crime syndicate. His two accomplices are still on the run, according to prosecutor Volker Blindert.

The group broke into the Rheinisches Landesmuseum (Rhineland State Museum) in the western city of Trier — close to the Luxembourg border — in the state of Rhineland-Palatinate on October 8, 2019.

Their aim was to steal a collection of over 2,500 solid gold coins. The artifacts weigh 18.5 kilograms (41 pounds) and have been dated back to the Roman era.

How the events unfolded

The gang got in via scaffolding, prizing open a window and breaking through a heavy door with a sledgehammer. Two of the thieves went inside while another stood guard.

The reinforced glass protecting the collection, however, proved too much for the duo. They fled after the alarm went off and police arrived on the scene.

With an estimated currency value of €10 million ($11.9 million) in today's standards, the collection is the pride of the museum. It is believed to be the largest from the Roman imperial period.

The coins were discovered in the city during building works in 1993. The ancient city of Trier is an important historical site for its Roman remains. The collection is currently not on show while the museum improves security. 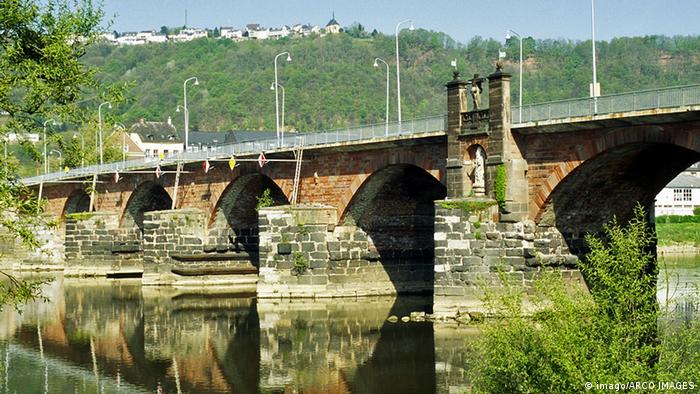 The city of Trier was once a major Roman settlement

Tracked down with DNA

The accused was arrested after police used DNA found at the scene to track him down. Dutch authorities later deported him in line with a European arrest warrant.

His lawyer said that the defendant had no intention to respond in court, but that this could change.