German Interior Minister de Maiziere has announced a stricter refugee policy that would return most Afghan migrants. He also called for a swifter deportation of asylum seekers from the Balkans. 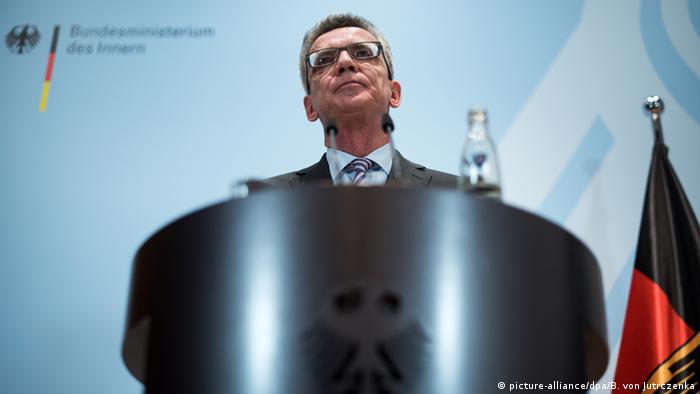 On Wednesday, Interior Minister Thomas de Maiziere announced that most asylum seekers from Afghanistan and "tens of thousands" from the Balkans will be sent back, in a toughening of Germany's refugee policy.

More migrants are now coming to Europe from Afghanistan than any country other than Syria, a situation that de Maiziere deemed "unacceptable." Among them, he noted, are many members of the middle class and residents of the Afghan capital Kabul who "should remain and help build the country up."

Germany has recently announced an extension of its troop commitment in Afghanistan in the NATO attempt to maintain a stable state there.

Regarding asylum seekers from the Balkans, de Maiziere hopes that processing of their applications will be sped up and that tens of thousands will be returned by the end of the year.

"This must be accomplished," he urged.

Their applications will be by-and-large rejected after Germany recently added Albania, Kosovo and Montenegro to its list of "safe origin countries," rendering them virtually ineligible for political asylum.

The Interior Minister also announced that he will soon travel to Albania to inspect its handling of deportees.

Around 11,000 people have been deported this year, de Maiziere noted, while 27,000 left voluntarily with financial support. Germany is expecting the arrival of up to a million asylum seekers this year.

Chaos at the border 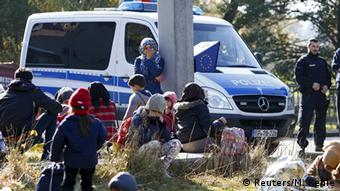 Migrants at the Austrian-German border

We observed that refugees, without warning and after dark, were being driven to the German border without any provisions or forethought," he said. "There were intensive contacts. Austria agreed yesterday to return to an orderly process. I expect this to occur immediately."

In addition, de Maiziere said five German police officers had been sent to Slovenia to help cope with the high number of refugees passing through the country.

The Balkan route: A train passes through!

DW's Nemanja Rujevic traveled to the Slovenian-Croatian border to report on the situation of the refugees hoping to travel on to Germany. He was surprised to witness a first train to pass through without hindrance. (28.10.2015)

Germany plans to send police to Slovenia to assist authorities, a German newspaper has reported. Slovenia is struggling to cope with refugees as Croatia diverts the flow of migrants to north. (27.10.2015)