Germany's defense ministry has announced that its service personnel will remain in Afghanistan for the time being. The news followed US plans to keep troops in Afghanistan until at least the end of 2016. 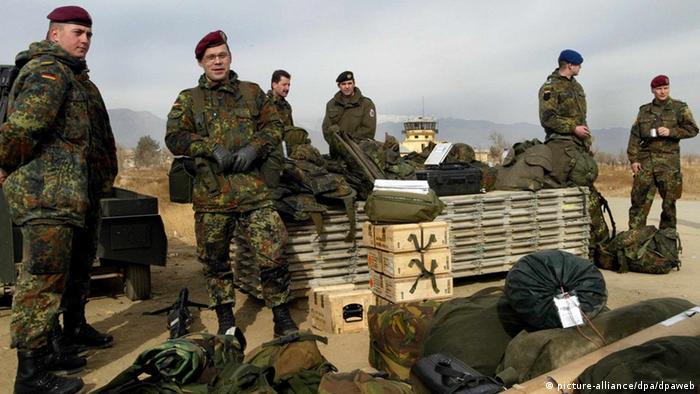 After the United States announced its deferral in troop withdrawal from Afghanistan earlier this week, the German military decided to follow suit. The defense ministry announced that current number of Bundeswehr soldiers stationed in Afghanistan would be maintained at the same level, but did not provide an updated timeline on when troops would be withdrawn.

Foreign affairs spokesman Martin Schäfer said that from the beginning of the military mission in Afghanistan, the guiding principle had been that allied troops that had gone into Afghanistan together would withdraw together.

Rainer Arnold, a Social Democrat member of the parliamentary defense committee, said that Germany could turn its military base in the northern town of Masar-i-Sharif into an "anchor of stability" for the entire north of the country. He also told public broadcaster Deutschlandfunk that German soldiers in Afghanistan were "probably happy" that the US decision to prolong the Afghanistan mission had provided the necessary framework to keep the Bundeswehr in the country for longer as well. 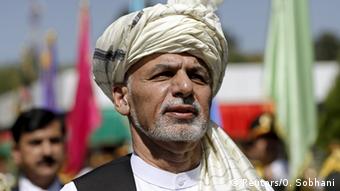 "The (Afghans) need guidance and training, and they also need the right technical infrastructure, which we can provide and ensure at the airport there," he said and added later that despite sound training, Afghan security forces still lacked the required logistics to operate independently.

Henning Otte, another member of the parliamentary defense committee, told the German daily newspaper "Bild" that the move opened up "the opportunity of to ensure satisfactory training for North Afghanistan as well."

Originally, Germany had planned severe cuts to troop numbers by spring 2016, reducing its military presence to the capital city Kabul only. Currently, German soldiers only provide training for Afghan security forces, but recent clashes in the northern city of Kunduz may indicate that more work could be required.

The ongoing refugee crisis in Europe may also have factored in the decision-making process, with many Afghans leaving their home country to seek asylum in Europe. Politicians hope to find ways to curb the flow of refugees, including securing the countries of origin.

Arnold warned that even more Afghans might take the perilous journey to Europe if Germany left Afghanistan prematurely.

NATO to examine situation in December

NATO foreign ministers are scheduled to meet in Brussels in December and decide on future steps for the mission in Afghanistan. Bundeswehr soldiers account for less than 7 percent of current NATO forces in Afghanistan, which total 13,000. US Secretary of Defense Ash Carter said that he expected further NATO allies to follow the US' example and prolong their missions.

US President Barack Obama had announced earlier this week that he would keep the current number of US troops in Afghanistan "for the majority of next year." Current plans indicate that after Obama's successor takes over in January 2017, the US military presence in Afghanistan would be reduced from 9,800 troops to 5,500. Previous plans had indicated that the US military was going to keep merely 1,000 service personnel in the country.

Afghan President Ashraf Ghani meanwhile welcomed the development and said the decision to maintain troop numbers sent a strong signal to extremists groups, including the Taliban, that "their war against our national security forces will lead no result other than their defeat."