Germany is to compensate more than 50,000 men who were jailed for their sexual orientation under an old law. Paragraph 175 continued to be applied until the late 1960s. 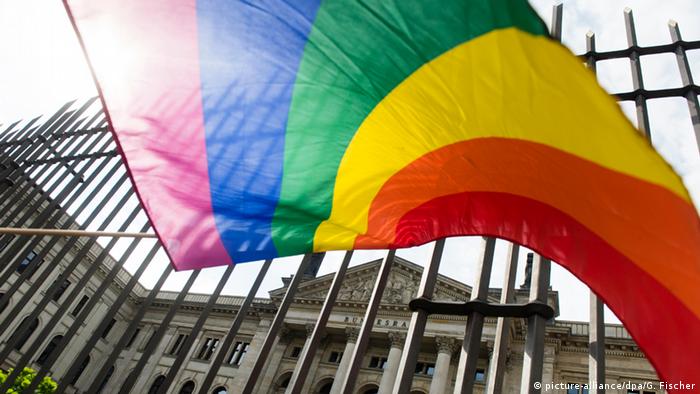 The plans, which will see 30 million euros ($33.6 million) set aside to compensate homosexuals convicted under an old law for their sexual preferences, were revealed by the German daily "Süddeutsche Zeitung" (SZ) on Saturday.

Germany's Justice Minister Heiko Maas of the Social Democrats (SPD) told the paper that compensation would "depend on concrete individual cases," taking sentence duration into consideration.

A draft law, set to be formally announced this month, will provide for "relatively uncomplicated" individual claims, Maas said.

It also allows for collective compensation. Convicted homosexuals would also have their names cleared.

The minister told "SZ" that he expects more than 5,000 men to have a personal claim.

The infamous Paragraph 175, which was part of Germany's criminal code from 1871 to 1994, made homosexual acts between men a crime.

Over 140,000 men were convicted in total, with around 50,000 of them having been prosecuted since the end of World War II.

The anti-gay code was tightened during the Nazi era, which saw thousands of gay and bisexual men rounded up and taken to concentration camps.

After the war, gay men were often arrested again. As well as being jailed, they often lost their jobs and homes and suffered social exclusion.

Repealed but no recompense

In 1968, the former East Germany stopped applying the law, a year before the West, and the code was eventually abolished altogether in 1994.

Nazi-era convictions of homosexuals were lifted in 2002, but there has been no pardon for those sentenced over the past 70 years.

Germany's Green and Left parties have often demanded compensation for those affected by the legislation; the Green's spokeswoman Katja Keul described the lack of willingness to make amends before now "a monstrous disgrace."

German men convicted on the basis of a 19th century law criminalizing homosexuality now have a chance at getting late justice in the wake of an expert study commissioned by the Anti-Discrimination Agency. (11.05.2016)

Does the end of paragraph 175 against homosexuality - removed from Germany's law books 20 years ago this week - mean that gay people are accepted now? DW's Felix Steiner is not so sure. (12.06.2014)