Does the end of paragraph 175 against homosexuality - removed from Germany's law books 20 years ago this week - mean that gay people are accepted now? DW's Felix Steiner is not so sure. 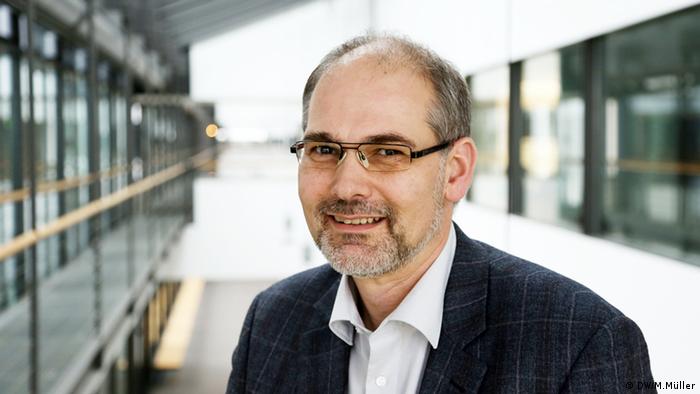 When Russia or Uganda passes a law that discriminates against gay people, Germany likes to see itself as one of the leading nations of an enlightened global society. Germans refer to prominent gay leaders like Klaus Wowereit, the mayor of Berlin, or Guido Westerwelle, foreign minister until last year, as well as the many famous gay and lesbian people in show business.

And since Germany's former soccer international Thomas Hitzlsperger came out a few months ago to huge media celebration, it seemed that the country could hardly be more tolerant.

Some might be surprised that just twenty years have passed since the infamous "gay paragraph" 175 was deleted from Germany's law, a clause that only criminalized same-sex love between men, while lesbians were ignored.

Long fight against the 'gay paragraph'

German gay people fought a long battle against this paragraph, which had been in the penal code since 1871. A significantly tighter version, introduced by the Nazis, was effective until 1969, and only in 1973 did legislators remove the discriminatory term "fornication" from the law books.

Even the removal of the last version of §175, which punished gay love between adults and adolescents, did not necessarily reflect the political will of Helmut Kohl's government in 1994. That was rather a simple expedient in the wake of reunification: East Germany had abolished criminalization of gay and lesbian sex in 1987 - in other words, in this case GDR law has become a model for unified Germany's law. That's an interesting detail, particularly in comparison with the development of other post-socialist societies.

The social acceptance of homosexuality in Germany has developed in parallel to its laws. The idea that homosexuality is contagious, or that one can be "seduced" to homosexuality, is not seriously shared by anyone anymore.

In modern Germany, gay couples don't usually have more problems finding an apartment. Even members of Catholic families in rural areas, seen as a synonym for conservatism, take their partner to grandma's 80th birthday. All of that was unthinkable 30 or 40 years ago.

But has the limit of tolerance already been reached? As a gay colleague once told me, "Maximum tolerance is reached only when no one asks me anymore ‘Are you actually gay?' Only when the outing of some socialite doesn't make the headlines. Only when the extroverts at Christopher Street Day aren't seen as a synonym for all gay people, but when my bourgeois-suburban existence is accepted as gay."

As an editor at Deutsche Welle, I would add: It will be reached when Conchita Wurst's victory at the Eurovision song contest is celebrated as a sign of tolerance, while further down the homepage we report on homophobia in football stadiums - as happened on May 12 this year. Or when no more gay jokes are told in the DW cafeteria or on the playground of my daughter's school.

All that will take time. There is no reason for the Germans to adopt a moralizing tone towards allegedly archaic, homophobic societies. The 20th anniversary of the removal of § 175 is a reminder of that.

Drag queen Conchita Wurst won the Eurovision Song Contest - the victory for Austria in the competition for almost 50 years. But it is also a victory for all of Europe, says DW's Nadja Scholz. (12.05.2014)

Russian homosexuals turn to US for help

An increasing number of gay Russians are applying for asylum in the US. Many feel threatened in their home country and have experienced physical attacks. Russia's new "anti-propaganda" laws have worsened the situation. (13.04.2014)

Opinion: A blow to human rights

A new law in Uganda drastically tightens the law against homosexuals. President Museveni is sending an alarming signal to the rest of Africa, says DW's Andrea Schmidt. (24.02.2014)