Germany to crack down on antiquity theft | Culture | Arts, music and lifestyle reporting from Germany | DW | 12.12.2014

Germany to crack down on antiquity theft

Looters are destroying historic ancient sites in the Middle East, funneling profits in some cases to terror militias. Berlin is proposing new laws for those dealing in antiquities aiming to quell such looting. 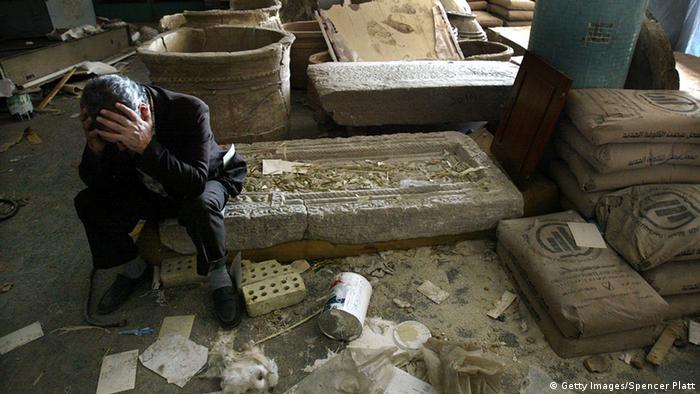 Does crime pay? Certainly it does when no one is there to turn criminals in. That's particularly true when the authorities cannot even determine how much illegal activity is taking place, as is often the case with trade in drugs, weapons and - lately of particular interest - antique artifacts.

But in contrast to the drug or arms trade, there has been less public discussion on the topic of illegal dealing in cultural goods. In Germany, that's reflected in oversight agencies' staffing decisions. The Federal Criminal Police Office has just three officials working in the area of cultural artifacts. Recently, though, reports have piled up concerning the systematic looting of the goods in question, particularly in Middle Eastern countries. There are signs that profits from the subsequent illegal trades go back to line the pockets of terror organizations, and the "Islamic State" (IS) is said to be involved. 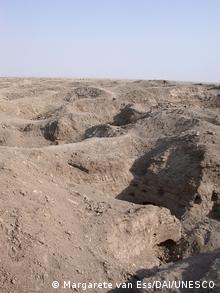 Trade by IS in valuable cultural artifacts was documented in a report by a team of UN analysts in mid-November for the UN Security Council. The report lists plundering antiquities at number three under the ways in which IS finances itself, explaining that the militant group is taking artifacts from archaeological sites and other antiquities out of Syria and Iraq. The authors describe the theft as more systematic and well organized than ever before, saying it includes the use of heavy machinery like bulldozers. IS profits by being in charge of the looters.

The destruction of ancient sites represents a tragedy to archaeologist Neil Brodie, who researches trade in stolen goods at the University of Glasgow. Viewing the extent of the damage with the help of satellite images, Brodie compares the landscapes to the surface of the moon - full of craters. Citing reports from on the ground, he tells DW, "These are not just pits in the ground, there are quite deep holes. And they might be interconnected by tunnels below. So, some of these sites are being badly damaged."

Brodie says it's difficult to estimate how much of a role these illegally obtained artifacts play on the global art market, citing two reasons: First, many of the objects on that market are bought and sold without any proof of origin. Second, the materials in question often don't even appear in the markets associated with auction houses and galleries.

"There are big collections being built up over the last twenty years with material, particularly from Iraq, and that material never appeared on the open market," Brodie says.

Estimates are available as to the extent of illegal trade with antique objects: UNESCO, Interpol and the United Nations Office of Drugs and Crimes calculate the revenues at somewhere between $6-8 billion (4.8 to 6.5 billion euros). Some call that figure much too high, though, including Ursula Kampmann of IADAA, an umbrella organization representing 32 international art dealers.

Kampmann points to an IADAA study claiming that the total revenue collected in all US and European auction houses for the year 2013 was between just 150 and 200 million euros. She asks how illegal trade could amount to 40 times that of legal activity in the field.

However, critics question the reputation of the organizations IADAA represents. They say art dealers share responsibility for trading stolen cultural goods, pointing to decisions not to ask for proof of origin when objects such as ancient statues, clay pots or gold coins show up at trade fairs or in auction catalogues.

A proposed law in Germany, believed to be a key arena for trade in stolen antiquities, might cut into art dealers' profits by outlawing a lax approach with the provenance of the pieces in question. Germany's cultural affairs minister, Monika Grütters, backs a law stipulating that artifacts could be bought and sold in the future only with clear documentation on proof of origin and export licensing from the country in which the objects were housed. 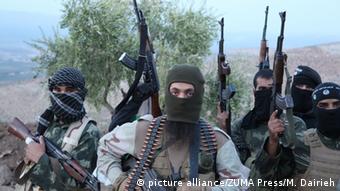 Terror militias such as IS profit from stolen antiquities

It's perhaps easy to see the trade in stolen antiquities as a victimless crime, since private individuals are not being robbed of their possessions. The theft takes place in a broader way: The cultural heritage of entire nations - arguably of humanity as a whole - is eroded by such acts. The stolen objects can no longer be researched by scholars once they're hidden away in private collectors' display cases. Furthermore, says Markus Hilgert, director of Berlin's Near East Museum, "Illicit excavations destroy the archaeological context. The thieves are not at all interested in this context: they just care about the material value of the objects. As such, excavations of this kind are the worst thing that people can do to the cultural identity of a country."

Hilgert, a specialist in ancient Mesopotamia and related cultures, argues in favor of more awareness of these issues, making comparisons with campaigns to protect endangered species. "The trade in illegal cultural artifacts must be outlawed and made unattractive - just as no one wants to wear a fur made from baby seals anymore."

A conference on the issue of endangered cultural artifacts is set to conclude today in Berlin, having drawn renowned specialists from Syria, Iraq, Egypt, and elsewhere. There's agreement on at least one point: without adequate enforcement of laws in the countries in question, those who loot ancient sites will be difficult to stop.

With a metal detector and some luck, hobbyist treasure hunters in the UK can end up owning highly valuable artifacts. But archeologists are speaking out against treasure hunting, saying it damages key historical traces. (05.09.2013)