With a metal detector and some luck, hobbyist treasure hunters in the UK can end up owning highly valuable artifacts. But archeologists are speaking out against treasure hunting, saying it damages key historical traces. 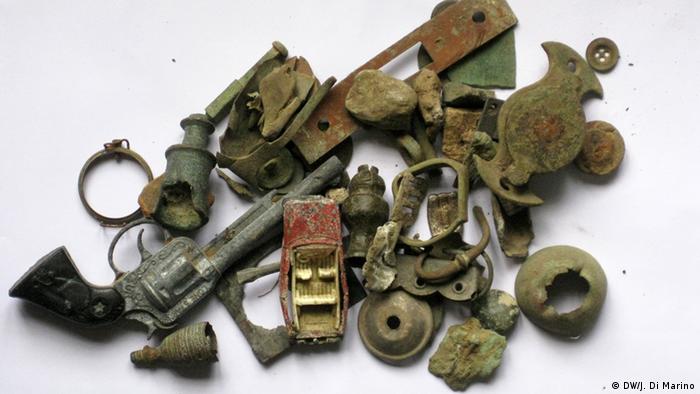 Hobbyists scavenging for ancient jewelry or a cache of Roman coins are an increasingly common sight in the UK's countryside. With some enthusiasts having unearthed thousands of pounds worth of treasure, the lure of heading out with a metal detector can be potent.

Historical artifacts, including coins, old tools and weaponry, turn up with some regularity among the thousands of objects dug up each year. But hobbyists have been so successful that some archeologists are accusing them of looting Britain's heritage. Some even want the practice banned.

In the backyard of his house in southeastern England, Roger Mintey demonstrates how to use a metal detector, sweeping the machine over the ground in front of him like a vacuum. He listens intently to the tones it emits.

For Mintey, metal detecting was just a hobby until 30 years ago. While scanning the ground in an old school yard, he quite literally struck gold. 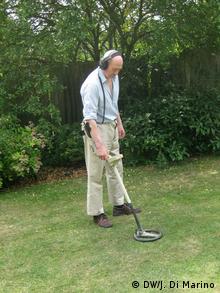 He had detected 6,705 gold and silver coins dating back to the Middle Ages - a find now dubbed the Reigate hoard.

It's estimated that there are now more than 10,000 metal detector users in England and Wales alone.

They've been making an impact. In 2011, close to a million artifacts were found by hobbyists. Nearly 1,000 of those could be classed as treasure - precious metals discovered by metal detector users.

But not everyone is pleased. Archaeologist and illicit antiquities researcher at Cambridge University, Christos Tsirogiannis, is one of those concerned. He says the amateur archeologists are damaging important sites. 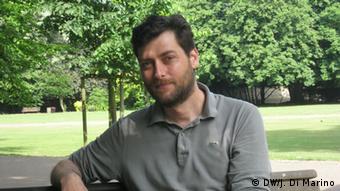 "Every object has an amazing historical value, especially when it's found in its actual and original archeological context," Christos Tsirogiannis explains. "If something is extracted violently and by an uneducated, non-specialist person from its original context, this cannot be reconstructed."

Metal detecting does have some unscrupulous practitioners. Referred to by some as "nighthawks" because of their habit of searching under the cover of darkness, these artifact hunters have been known to trespass on land and steal objects they find.

Some of the most egregious ransacking took place at a Roman-British temple site in Surrey in the 1980s. It's estimated up to 20,000 historical objects were removed and sold world-wide.

An Iron Age hill fort in Northumberland was looted in 2002. Witnesses reported it was left pitted with dozens of holes.

Experts say it's all too easy to sell finds to dealers who don't check whether they're obtained legitimately. As such, there have been calls for increased penalties for handling looted antiquities. 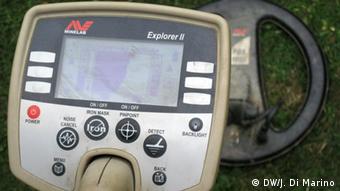 "I'm sure that there are several people who are operating metal detectors and they do it just for excitement," he says. "But even in a legal way, the destruction that they generate is really big, and it is an unfortunate phenomenon that it is still legal."

But not everyone agrees that they should be banned. Archeologist Suzie Thomas is working on a research project in Scotland investigating the international trade in illicit antiquities. She has surveyed hundreds of metal detector users over her career.

"Metal detector users are changing what we know," Thomas says, noting that users who record their finds are producing vast amounts of data. "The sub-discipline of battle archeology makes a lot of use of metal detected data because they're looking at objects like cannon balls and musket balls that are, of course, metal. Having the data of where on the field they've been found can help you reconstruct how the battle went, and that's incredibly useful information."

Roger Mintey agrees that amateurs have an important role to play, including finding things that have been missed by the professionals.

"Many medieval early coins, especially small halfpennies and farthings have now been revealed as having existed, when maybe 20 years ago, people didn't realize that," he explains. "These are quite often very small and difficult to find. Often they'd be missed on an archeological dig."

"So I would agree that metal detecting has made a tremendous amount of difference," Mintey concludes.

And unless laws change soon in the UK, stories like his are sure to inspire even more hunters to grab a metal detector and hit the fields.

'Mudlarking' around on the Thames

History is everywhere in London and, not least, on the banks of the river Thames, where now you can go on tours in the hope of digging up pieces of history which could, if you're lucky, end up in a museum. (18.06.2013)

Archaeologists have found an extensive urban network around the famed city of Angkor in northwestern Cambodia, revealing that the ancient capital was significantly larger than previously thought. (27.06.2013)

The city was recently retaken by Ukraine from Russian forces. Ukrainian President Volodymyr Zelenskyy said more information would be given on Friday.