Terrorist organizations like the 'Islamic State' make a fortune selling looted artifacts from local sites. German antiques dealers are involved, too, and experts say the country is in need of legal reform on the matter. 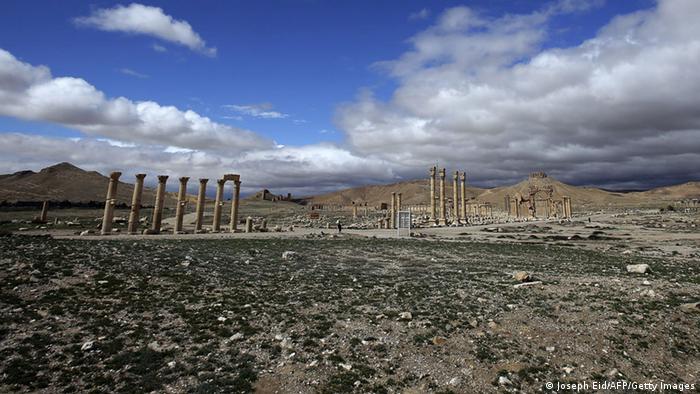 The Palmyra oasis in the Syrian desert is a UNESCO World Heritage site. But after it was overrun and occupied by the terrorist militia "lslamic State" (IS), what was once a tourist magnet now resembles a moonscape.

As soon as IS fighters reach one of the many millennia-old cultural sites in Syria and Iraq, they begin to dig - in a highly unprofessional fashion. They blast rocks, dig as far as ten meters deep, and don't shrink back from using bulldozers.

Plundering the ancient Mesopotamia is a lucrative business for the IS. In the ruins of antique settlements, the looters mainly seek objects they can easily sell on the international antiquities market, such as dazzling statues, ancient toys and jewelry. They vandalize objects they deem worthless or simply leave them behind, unprotected from the elements, in the crater holes.

The phenomenon of illicit excavations is almost as old as humanity itself. However, with the wars in Iraq, the Syrian civil war and the rise of the "Islamic State," antiquities looting has reached startling proportions.

Day in and day out, go-betweens smuggle looted art from the war zones in the Middle East first to Turkey or Lebanon, and then on to, for instance, the Dubai foreign trade zone. Here, the artifacts can either be purchased on the spot, or they are shipped to antiques dealers and auction houses in Europe and the US, complete with export documents supplied by the intermediary.

According to German media reports, the trade with stolen or illegally acquired cultural artifacts ranks third in global organized crime, right after arms and drugs trafficking. The southern German city of Munich is said to be one of the centers of the international antiques trade. 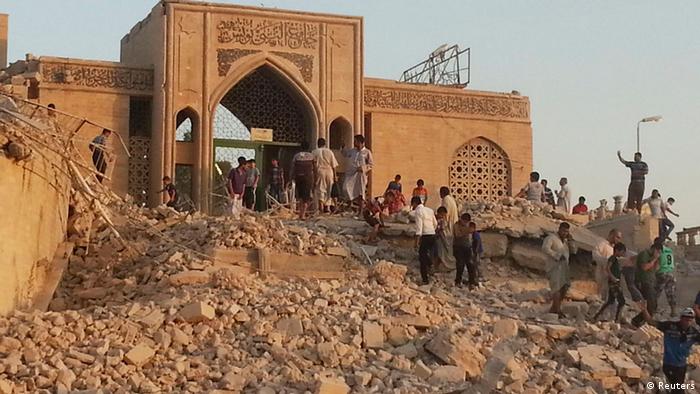 Destruction in Mosul: People walk through the rubble of the Prophet Younis Mosque

Auction catalogues in Munich and other major art trade centers like Brussels and London, show photos of plundered objects with captions denoting vague designations of origin like "Near East" or "Bavarian private collection." Art lovers in Munich or Brussels who buy such objects are not only opening themselves up to prosecution: by purchasing the ancient artifacts, they support Islamist terrorism.

Germany's culture and media minister, Monika Grütters, this week announced new legislation aimed at turning a 2007 law on the repatriation of cultural assets into an effective tool against the import of stolen goods. "Germany must make sure it doesn't turn into a hub for this," she said.

However, according to Sylvelie Karfeld of Germany's Federal Criminal Police Office (BKA), Germany has already become a major trading zone. In fact, the BKA official responsible for the fight against the illicit antiquities trade describes the country as an "El Dorado of the illegal cultural artifacts trade."

In an interview with Germany's NDR broadcaster, Karfeld said that under current German law, "a simple chicken's egg is more thoroughly protected and tagged than the most valuable antique." How could that happen?

In 1970, UNESCO adopted the Convention on the Means of Prohibiting and Preventing the Illicit Import, Export and Transfer of Ownership of Cultural Property. Decades later, in 2007, Germany was one of the last signatories. Implementing the convention into existing legislation on the repatriation of cultural property, Minister Grütters said, resulted in "lax import laws."

In Germany, the country of origin of a plundered artwork was expected to report to the government artifacts of "national importance." Those artifacts were to be listed in an official government publication. But eight years later, looted objects haven't been listed anywhere, and not a single artifact was ever returned to its original country.

Often enough, those countries don't have a clue what has been dug up from their territory. "Trying to solve the problem of receiving stolen antiques just by returning the artifacts to the rightful owner is basically an illusion. You can only return something if its provenance has been proven," says Michael Müller-Karpe, a forensic archeologist at the Roman-Germanic Central Museum in Mainz. 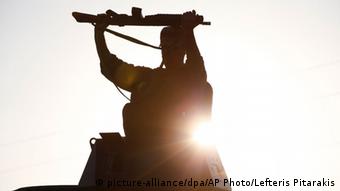 The fight against IS must also address its revenue streams, such as trading looted goods

Müller-Karpe, who helps Germany's law enforcement agencies in their fight against the illicit trade with cultural artifacts, told DW that the authorities must act as soon as an object from the Middle East turns up.

In all of the successor states to the Ottoman Empire, the export of antiquities has been banned since 1869, and trade was banned in 1906. "Even if Syria, Turkey or Iraq can't demand the return of certain objects because they can't prove that they were found on their territories, it's evident that the artifacts must be of illegal origin," he said. "In that case, they should actually be seized and confiscated, because this amounts to handling stolen goods."

The interpretation of the law on the repatriation of cultural artifacts is as "unbearable" as the authorities' fundamentally lax attitude on the trade with looted goods, the forensic archeologist told DW.

"Dealing in stolen goods is a crime in Germany," he pointed out, adding that people are in trouble if they're caught with a carload of portable radios with snipped cables, but the authorities regularly look the other way where archeological objects are concerned. "Looking the other way borders on complicity - there's no way this can be trivialized."

Calls for a paradigm shift

The federal government aims to make it such that the import and trade of cultural goods to Germany will only be open to objects with an official export license from their country of origin. But that is not enough, warns Michael Müller-Karpe: The very attempt to import looted artifacts should be liable to prosecution. Currently, he said, it is not up to the dealers to prove that their goods are legal, so the authorities have to settle questions about the artifacts' legality. 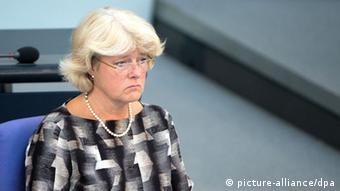 Existing law on the repatriation of cultural artifacts has greatly damaged Germany's reputation, Grütters says. The new law is scheduled to come into effect in 2016. In the meantime, the minister expects the influential antique dealers' lobby will try to put pressure on Berlin. Mainz forensic archeologist Michael Müller-Karpe hopes that unlike in 2007, the government will not waver, but withstand the pressure.

How Cambodia's temples fell to looters

New research has uncovered the criminal system that enabled a ring of army officials to smuggle tens of thousands of antiquities out of Cambodia during the country's years of unrest between 1970 and 1998. (25.06.2014)

Dozens of pictures of the destruction of Shiite and Sufi mosques and shrines by ISIS forces have recently been posted on the Internet, taken in and around Mosul, and turned into a media event. (11.07.2014)