Dozens of pictures of the destruction of Shiite and Sufi mosques and shrines by ISIS forces have recently been posted on the Internet, taken in and around Mosul, and turned into a media event. 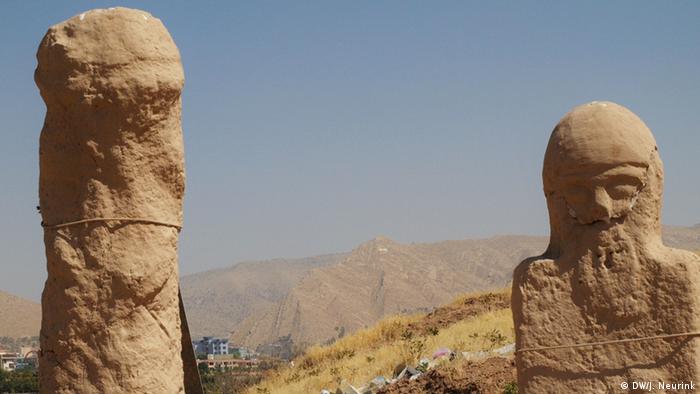 These incidents could be just the beginning, predicts Simone Muehl, a German archaeologist who has worked in Iraq for years. She set up the Facebook page Endangered Heritage Sites in Iraq to share information about the threats for the antiquities in the country, and published a list of 18 sites that are declared targets for ISIS or under threat because of the conflict.

ISIS started its destruction in Mosul about a week after conquering the city, by bulldozering statues of poets and historians, based on a decree by its leadership that false idols need to be destroyed. Shrines soon followed, and when civilians tried to prevent this by guarding one of them, the bulldozers returned in the night after they had left.

The main fear of archaeologists is that ISIS will repeat what it has done in Syria. For propaganda reasons, they destroyed some of the priceless remains of the ancient Assyrian rule in the area, says Simone Muehl. "When they destroy something, they make it into a media event."

The area around Mosul is known to have almost 1,800 archaeological sites, some of them date back 7,000 years and many have yet to be excavated. Two of the main sites are on UNESCO's World Heritage List, one related to the Assyrian Kingdom (2500-605 BC) - the temple of Ashur - and one from Greco-Roman times, Hatra.

But the most famous is undoubtedly Nineveh, on the outskirts of Mosul, with the remains of the palace of one of the most famous Assyrian kings, Sennacherib, and probably once the location of the Hanging Gardens.

A nearby mosque is said to contain the remains of the prophet Jonah - which according to some reports might already have fallen to the hammers of ISIS. 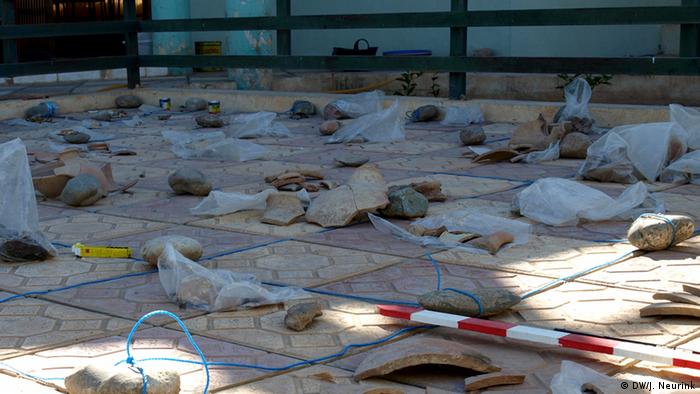 Countless artifacts, have already been destroyed by ISIS forces, those pictured here however are in the safe Kurdish areas

According to Muehl, the destruction is part of a bigger policy. "ISIS destroys not only from the perspective of religion," she says, "but also to steal the identity of the people that they rule."

But there also more practical reasons behind ISIS' motives, as demonstrated in Syria. According to UNESCO, the group has profited enormously from looting and trading antiquities found in the areas under its control. After taking over the city of Raqqa it looted the local museum. Some of the valuable pieces surfaced in Turkey and Lebanon, and were returned to Syria. But most of the loot disappeared, having been sold for a good price.

Fearing the same would happen to Iraq's heritage, UNESCO has appealed to those involved in the battle there to "refrain from any form of destruction of cultural heritage, including religious sites." The organisation refers to looting as a war crime, for which perpetrators must be held accountable. UNESCO is working with Interpol to alert neighboring countries to the trafficking of the bounty.

Just how much has gone across borders unseen and how much money ISIS has made became clear when one of their operatives was captured in Mosul by Iraqi security forces, as the British newspaper the Guardian reported recently.

Alongside the income generated from the oil fields ISIS had captured in Syria, the sale of artifacts made up a large part of the total of $875 million the group had in cash and assets.

According to the Guardian, ISIS made $36 million just from the Al-Nabuk area in the Qalamoun Mountains west of Damascus. Some of the antiquities they looted and sold on the black market were up to 8,000 years old.

According to other reports ISIS members have managed to get hold of rare manuscripts from the Department of Manuscripts in Mosul's central library. Some are over 800 years old, amongst them religious books, decorated with a gold leaf. Archaeologists say that an ancient Koran from Mosul was intercepted in neighboring Turkey when it was offered for sale on the black market.

Simone Muehl hopes that other members in the coalition that work in Iraq under the ISIS flag will be able to mitigate the disaster she and her colleagues foresee. Already a conflict has emerged between ISIS radicals and the Naskbandy army, a military band of Sufi believers with close links to the former Baath regime, over the destruction of some of the Sufi shrines in Iraq. 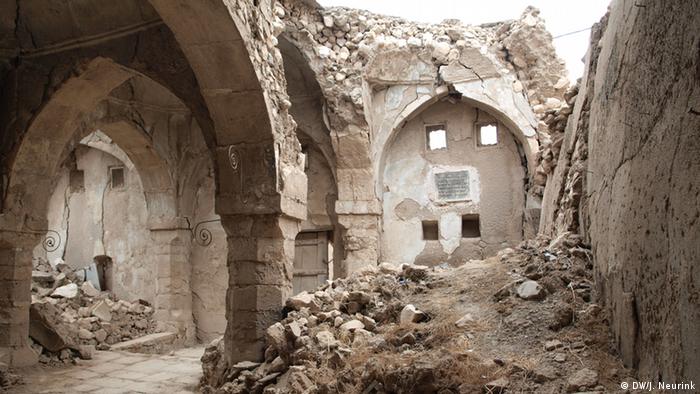 The remains of the last synagogue in Iraq, in Al Qosh with the tomb of the prophet Nahum.

Muehl pins her hopes on the more secular forces working in ISIS - former Baathist party officials and officers who served under Saddam Hussein. "The Baath Party was never interested in destroying heritage, it preferred to use it. Saddam Hussein was eager to print his name in the bricks used to renovate the ancient Assyrian town of Babylon, just as Assyrian Kings did in the olden days."

At the same time, she's concerned about another big threat, directly connected to the battles going on in Iraq. "Collateral damage, when a gun's nest is put on top of some remains. Or from the ditches dug around Kirkuk, through an area with a big density of ancient remains that we only know from the air, as we have not been able to dig there yet."

As yet, it is not known how much damage has actually been done to the artifacts in Iraq, or how much has already been stolen. Although the ISIS propaganda unit has been eager to show the damage done to shrines, monuments and mosques, it has kept quiet about the antiquities. Which does not mean at all that they are safe, archaeologists warn, as the fate of many of Syria's artifacts has shown.