How Cambodia's temples fell to looters

New research has uncovered the criminal system that enabled a ring of army officials to smuggle tens of thousands of antiquities out of Cambodia during the country's years of unrest between 1970 and 1998. 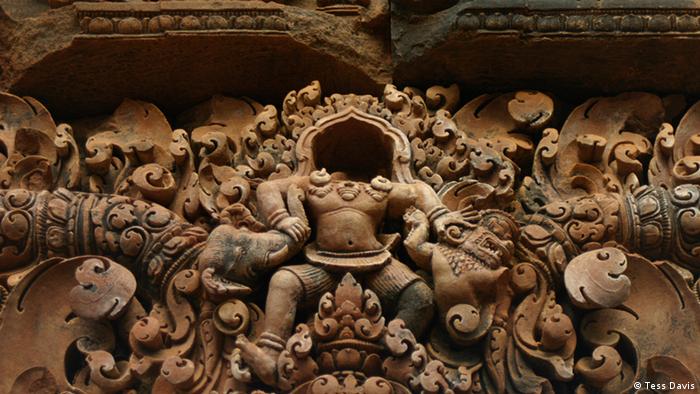 These days, many of Cambodia's ancient Angkorian temples are denuded. Pedestals supporting the feet of statues whose bodies have been cleaved off, and walls are pockmarked with holes where reliefs once stood.

But while the temples have been standing for hundreds of years, much of that looting took place over the course of just three decades thanks to a highly organized criminal ring involving army officials on both sides of the border, research published this month in the British Journal of Criminology has found.

An unprecedented case study of an antiquities trafficking network, the paper by criminologist Simon Mackenzie and cultural heritage lawyer Tess Davis – both of the University of Glasgow – details the ordered system that allowed tens of thousands of antiquities to leave the country during the years of unrest between 1970 and 1998.

In Banteay Chhmar, "local villagers were 'invited' (in the sense of 'instructed') to loot the temple at night by these various armed factions, who effectively functioned as gang masters for this looting enterprise," note the authors.

Paid the equivalent of USD 12 a day, the workers "faced violent intimidation and possibly death if they refused."

The setup, as recounted by former looters, was replicated at six major archaeological sites across the country where the researchers carried out interviews.

Hundreds of years after the fall of the Angkorian Empire, Khmer antiquities remain one of the most popular collectables. Statues grace the covers of auction house catalogues, and museums flaunt their collections. But as more research emerges, it has become apparent that many pieces are "blood antiquities," looted to help fund conflict and criminal enterprise. 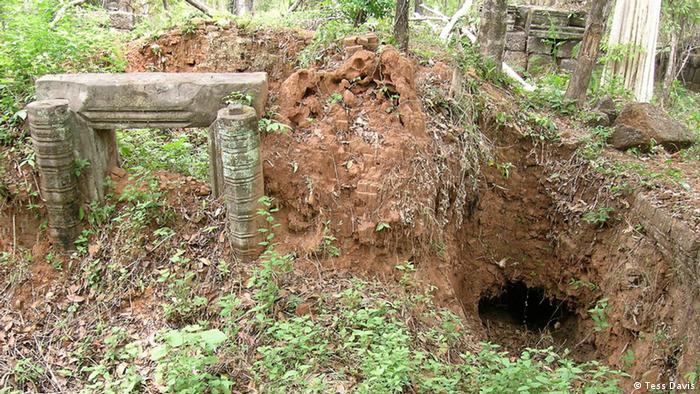 "A main conclusion of both our published and forthcoming research is that organized criminals and armed factions did indeed seek to fund their operations through antiquities trafficking. This destruction had a financial motive. It's a textbook case of supply and demand," said Davis, an Affiliate Researcher at the Scottish Centre for Crime and Justice Research.

Much of the looting appears to have begun in 1970, when a US-backed coup plunged the country into civil war and gave rise to the Khmer Rouge, who instituted their bloody rule five years later. When the communist regime collapsed in 1979, guerilla fighters continued to wage battle – first with the Vietnamese army that occupied Cambodia for the next decade, then with government forces in the 1990s.

"In Cambodia, the plunder would remain closely tied to the conflict through to the 1998 surrender of the Khmer Rouge, with heavy involvement from the various armed forces in the country (including the Cambodian military, paramilitary groups and the Khmer Rouge)," the paper explains.

In the early 1970s, "soldiers from the US-backed Lon Nol army closed off the [Banteay Chhmar] complex, raided it during the night and carried off their spoils by helicopter."

Almost thirty years later, soldiers performed a similar feat in 1998, "surround[ing] the temple at dawn and blockad[ing] it from the local community, with no explanation… For the next two weeks, heavy machinery was used to break up the complex and when the clamor finally stopped, soldiers loaded an estimated 30 tons of stone—including an entire 30 m of the southern wall, prized for its skilled bas-reliefs of Lokeshvara and Apsaras—onto six trucks and drive off for the Thai border just 15 km away."

One truck was stopped by Thai authorities and, after much wrangling, the spoils returned to Cambodia. The rest has vanished – presumably sold off to collectors and dealers across the globe.

Dougald O'Reilly, a senior professor of archaeology at the Australian National University, called the research "fascinating" and unparalleled.

"This is really the first data collected on this with academic rigor and so gives us some very interesting insights into the traffic in antiquities," he wrote in an email.

"It may… give pause for thought to those working in acquisitions in museums regarding the criminal enterprises at work in conflict zones and developing countries and should also cause reflection on where the funds are going and what they may be used for."

The researchers tracked down looters, brokers and dealers on both sides of the border. Thom, a pseudonym, was a child soldier for the Khmer Rouge who later defected and began trafficking statues in the 1980s.

After embarking on perilous journey and spending their last financial reserves to flee instability in Thailand, hundreds of thousands of repatriated Cambodians don't know what comes next. (23.06.2014)

Over the decades, Thom grew expert in his field. "Some of the objects his network handled were pieces that are now celebrated as among the most important Khmer statues in world collections,” the study notes.

Looting was carried out by villagers, both willing and unwilling, who would "obey through fear of his reputation for violence."

Looted works were smuggled to Sisophon city, located about 50 kilometers from the border. There, a pair of brothers "individually attached to different military factions," would take over the trafficking to Thailand.

The men, whose pseudonyms are given as Sambath and Phala (now deceased), were renowned for their brutality. After their uncle tried to circumvent the brothers by carrying out a deal with Thom himself, Sambath had him killed, according to Thom.

Because of their paramilitary ties, smuggling – even of large statuary – was relatively easy.

"Phala would deliver the statues from Sisophon to the Thai border, often using military trucks that he had access to through his affiliation with a paramilitary faction," the report notes.

In Thailand, Rachana – a receiver – and Kanok, a dealer with international ties, took over with the help of the military.

"People in Sa Kaeo remember trucks, many of them military vehicles, filled with looted statues rolling through the town on their way to Bangkok from the 1970s until around ten years ago," the report says.

"Thom remembered Kanok to have tight links with the Thai military, so all the Cambodian side of the network had to do was to get the objects to the border and they would be delivered from there to Kanok by the military-dealing network on the Thai side."

Among Kanok's customers were international collectors, museums and auction houses. As more evidence emerges as to their collections' provenance, widespread looting has landed several arts institutions in hot water in recent years.

"We were surprised — and disturbed — to confirm how few steps there were between source and market. Our sources reported that "Kanok" dealt directly with the very top collectors, museums, and auction houses, just as he dealt directly with looters and traffickers,” Davis told DW.

"As the Met [Museum] itself has said, every piece in a museum comes from somewhere. And yet with rare exception, there is no legal source of antiquities, ironically only a legal market. It was never 'legal' to hack a god off Angkor, just as it's never been legal to hack a saint off Notre Dame. Besides the Musée Guimet in Paris, I personally don't know of another foreign institution that can demonstrate their Khmer art collection left Cambodia legally."

As arts institutions themselves have began grudgingly admitting as much, Cambodia has undertaken a fairly successful mission to have its looted antiquities returned. 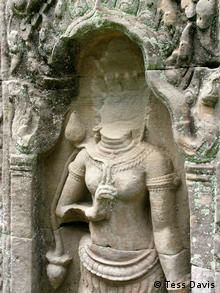 Early this month, three 1,000-year-old statues were welcomed back in a ceremony after being returned by California's Norton Simon museum and auction houses Sotheby's and Christie's. They followed in the footsteps of New York's Metropolitan Museum of Art, which made a similar move last year, returning a pair of tenth century statues after research confirmed they had been illegally cut from their bases and trafficked out of Cambodia.

But if the government appears keen to now have its stolen cultural heritage restored, it has not always been eager to address the problems within the country.

The study points out at the relatively contemporary and staggering Banteay Chhmar theft of 1998 went unpunished "even though an investigation later identified the Cambodian generals responsible and further implicated the military in other thefts."

And while looting has abated (primarily because "most of the good pieces are gone"), the authors say that "there is an open question around how much is still going on."

"Remnants of the trafficking networks remain in place. We were told by a receiver at the Thai border that if we wanted any piece that was currently in situ, we should go and take a picture of it and he would arrange for it to be looted and delivered to us within a month."

O'Reilly, who is also the founder of archaeological protection organization Heritage Watch, says there is little doubt looting is ongoing.

"While the article points out that the trade in monumental art has declined there has been a dramatic upswing in the looting of prehistoric sites since 2000. It is almost impossible to find a prehistoric mound in Cambodia that has not been affected by looting to some degree," he said. "This is a real tragedy as it robs us of the ability to understand the socio-political development of societies that gave rise to Angkor."