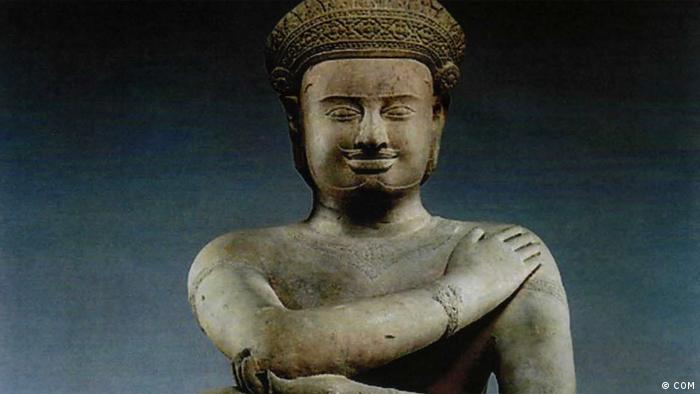 As delegates prepped their arrival for the annual UNESCO World Heritage Committee meeting in Phnom Penh, two 10th-century statues from the Koh Ker temple complex northeast of Angkor disembarked at the capital's international airport on June 11.

On May 3, the Metropolitan Museum of Art in New York ("the Met") had announced that the "Kneeling Attendants" - also called Pandavas - would be returned to the Kingdom of Cambodia after almost 20 years on display in the Met's Asian Wing. The museum received the statues at various stages during the late 1980s and 1990s.

"This is a case in which additional information regarding the 'Kneeling Attendants' has led the museum to consider facts that were not known at the time of the acquisition and to take the action we are announcing today," Met director Thomas P. Campbell said.

Cambodia's Council of Ministers reacted to the announcement by saying that the statues had been "illicitly removed" from the Prasat Chen temple at Koh Ker during Cambodia's civil war in the early 1970s. 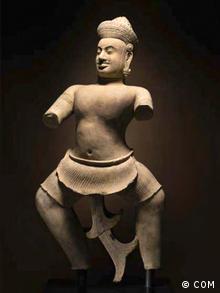 Cambodia claimes the sculptures were 'illicitly removed' during the country's civil war in the 1970s.

"These two statues form part of an ensemble representing the famous duel between Bhima and Duryodhana from the Mahabharata, all of which were brutally severed from their pedestals and found their way to various museums and private collections around the world," the council stated.

According to "The New York Times", Cambodia has identified the Norton Simon Museum in California, the Denver Art Museum and the Cleveland Museum of Art as each having one statue connected to Prasat Chen.

Council of Ministers spokesperson Ek Tha told DW that other institutions and individuals holding Cambodian statues illegally should follow the Met's example and return them to the Kingdom.

The Met's decision demonstrates how museums can benefit from repatriating artifacts by borrowing works for exhibition, deepening cooperation with the foreign country and gaining positive publicity.

"Cambodia is sending dozens of antiquities to the Met for temporary exhibitions," said Tess Davis, a researcher at the University of Glasgow and member of Cambodia's illicit antiquities taskforce. "Unfortunately, a large number of US museums do have art in their collections that was plundered during the Cambodian civil war." 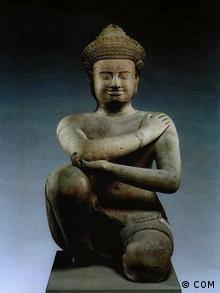 Anne Lemaistre, head of UNESCO in Cambodia, told DW that when assisting Cambodia in past negotiations they tried to show museums and private collectors that by returning artefacts they could avoid bad press and damage to their reputations.

"We try always to convince them to find an elegant solution," Lemaistre said, agreeing that litigation should be a last resort.

In the late 1980s and 1990s, the Met was sued by Turkey and eventually settled the case by returning 360 objects, said Patty Gerstenblith, director of the Center for Art, Museum and Cultural Heritage Law at DePaul College of Law in Chicago.

She agreed that museums had shifted away from dealing with disputes through litigation, noting that in the past eight years at least ten US museums had voluntarily returned objects to countries such as Italy, Greece and, now, Cambodia.

While there are clear rewards for museums in returning artifacts, the incentives for private collectors are more limited and complex.

The Met's decision came shortly after a New York federal district court judge rejected a motion by Sotheby's auction house to dismiss US prosecutors' attempts to seize a 10th-century Koh Ker statue. US government lawyers are seeking forfeiture of the Duryodhana in order to return it to Cambodia. Sotheby's withdrew the statue from its catalogue in 2011 after estimating its value at two to three million US dollars.

"[The US government] has stated that they have proof that the Duryodhana and the Bhima statue [at the Norton Simon Museum] were both looted from Cambodia during the Cambodian civil war in 1972, and trafficked from there to Thailand and onto the international market," said Davis.

In court filings Sotheby's has argued that prosecutors have not sufficiently established that the statue was stolen from Cambodia, or that Sotheby's or the owner knew it was stolen. According to legal experts, the Belgian owner of the statue consigned it to Sotheby's for the purposes of sale and the auction house has a legal obligation to act in its client's interest.

Hardly any other country can boast of such a high concentration of temples, sculptures, reliefs and archeological sites as Cambodia. (16.09.2009)

"Sotheby's can't just give the sculpture over to Cambodia," Gerstenblith told DW. "I think the only thing that can happen is that another person comes along, buys the piece and donates it back to the country."

Gerstenblith said that in the past private collectors in the US have received a tax deduction for donating a piece to a charitable organization, which it usually displayed for a couple of years before returning it to its country of origin. However, she added that such actions would not benefit the Duryodhana's owner, who is not American.

The outcome of the Sotheby's case could be significant given that various individuals and institutions in the US possess Khmer antiquities. While stressing that the case is ongoing, Gerstenblith said that if Sotheby's loses there could be a shift toward more private sales in the art market.

"What is most likely to happen if Sotheby's loses this case, is not necessarily that the auction house will stop selling these kinds of objects, but that they will do so in a way where it will not come to the attention of US law enforcement," she said. "You will see fewer cases but not because, necessarily, fewer of these objects are being sold."

Regardless of the outcome, Davis said she hoped the case would reveal more about how the illicit antiquities trade operates. "That's going to be very helpful as the Kingdom [of Cambodia] moves forward in seeking to protect other archaeological sites," she said.

Experts say that the challenge lies in offering private collectors better reasons to restore disputed works to countries like Cambodia, thereby avoiding the expense and entanglements of a court case.

"It would be nice to figure out what incentives could be created for more private collectors to want to return things voluntarily, so we don't have to go through this kind of litigation," Gerstenblith said.