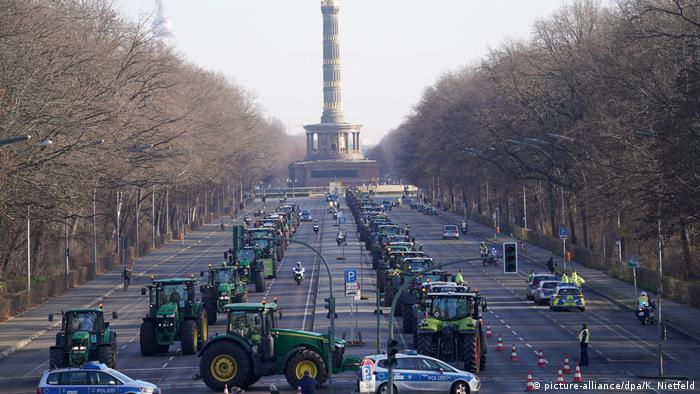 The vehicles were headed for Berlin, along with a number of other parts of the country. Commuters were warned to expect disruption in the states where convoys of tractors were out in force — namely Bavaria and Baden Württemberg in the south, Hesse in central Germany and Lower Saxony in the north, as well as Bremen and Berlin.

The mayor of the German capital, Michael Müller, recognized that it was a "burden for Berlin," but "the farmers have their point of view" and that locals would "have to tolerate" the upheaval. 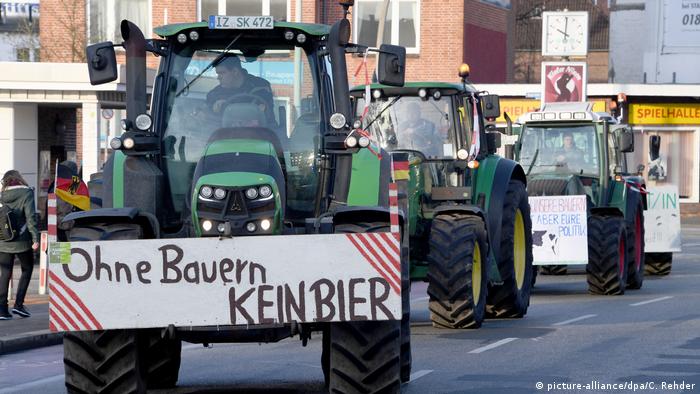 A farmer in Kiel with a sign reading: Without farmers, no beer

The rallies come as Berlin holds the International Green Week, a food and agricultural fair which starts on Friday. The annual festival, which has been in existence for almost 100 years, has seen a number of protests in recent years as locals express concerns over the future of the agricultural industry and environmental policy.

The agricultural workers are angry at government policies regarding new animal welfare labeling and restrictions on the use of pesticides to protect insects, among other things.

It is the second time in recent months tractors have descended on Germany's urban areas after bringing traffic to a standstill in October 2019, with farmers citing government policies to limit nitrate runoff from fields and boost nature conservation as the principle reasons for that blockade.

German farmers have some good news to report as International Green Week kicks off in Berlin. Exports of German agricultural produce and farm machinery reached a new peak last year despite a challenging environment. (18.01.2018)