Germany is aiming to go faster and higher than ever before at the Winter Olympics. Having claimed a record 30 medals in 2010 in Vancouver, more are being sought when the 2014 equivalent begins in Sochi on February 7. 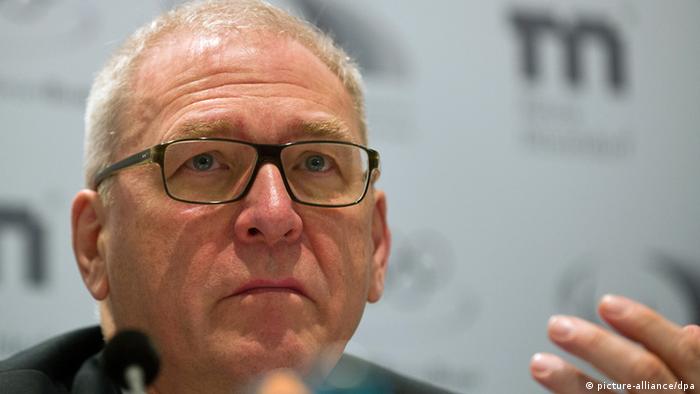 That is according to German Olympic Sports Confederation (DOSB) General Secretary Michael Vesper, who said Germany's athletes were "fully motivated" ahead of the games.

Claiming 10 gold, 13 silver and seven bronze in Vancouver, Germany finished the games with the second-most medals, behind only the United States. With the table ranked in terms of gold medals won, however, Germany was only surpassed by hosts Canada (14).

Vesper said it would be far from easy for Germany to improve on 2010, but was bullish when facing reporters on Tuesday.

"Our aim is again to win at least 30 medals like Vancouver or even to exceed that," Vesper said in Dusseldorf at a press conference for the unveiling of the athletes' base - German House' - for both the Winter Olympics and Paralympics.

"We want to be on the podium in the final medals count. It will certainly be no easy task but we will fight for it. It is an ambitious target but our federations are well positioned and our athletes fully motivated."

The lead-up to Sochi has been overshadowed by budget blowouts, disputes with local residents and criticism of Russia over their attitude towards gay rights.

Suicide bombings in Volgograd - around 700 km from Sochi - in December has also raised doubts over the safety of the event, but Vesper is confident in the safety of all those at the games.

"The question presents itself before every major event. We need to trust that it works," he said of the safety operation launched by organizers, which has seen the creation of a 'safety zone' around the city ahead of the games.