Germany has suspended development aid to Afghanistan after the Taliban’s takeover of the country. Other countries have also followed suit, although aid organizations say the cuts could hurt Afghanistan's poor the most. 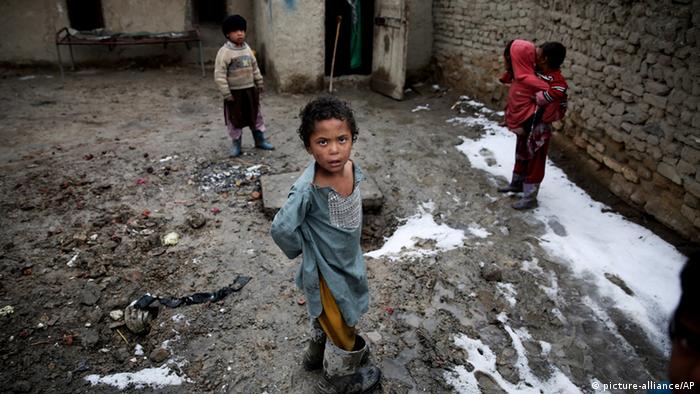 Germany on Tuesday announced that it was halting all development aid to Afghanistan after the Taliban seized power in Kabul.

"With regards to development aid and also our stability measures, we have frozen these funds for the time being," German Foreign Minister Heiko Maas said.

The beleaguered nation had been among the main recipients of German development aid budgeted for this year — at some €250 million (nearly $300 million). However, none of that money has so far been paid out.

In addition to development aid, Germany was also set to contribute humanitarian help and payments for police training. In total, the amount would have been some €430 million.

Berlin was among the biggest donors to the country.

Maas had last week warned the ultraconservative Taliban against establishing a caliphate in Afghanistan. He said there would be "not a cent" of German development aid should they do so.

Development Minister Gerd Müller said German and international employees of the German development agency GIZ were reported to have left the country.

He said Germany was trying to now evacuate local Afghan development agency staff, as well, with the same urgency as those who had helped the German military.

"We are working at full speed to bring local staff of German development cooperation and aid organizations cooperating with us, who want to do so, safely out of Afghanistan. They have the same claim as local forces of the Bundeswehr," the minister told the Rheinische Post newspaper.

The German Foreign Ministry on Tuesday said Taliban checks at Kabul's airport were making it difficult to evacuate Afghans who had worked for Western forces and organizations.

Separately, the Finnish government announced that it would also suspend development aid, with no current timetable for restoring the aid.

"We are not abandoning the Afghan people," Lofven said in a post on social media.

"But Sweden will need to redirect some of the aid to Afghanistan following the Taliban seizing power."

"Our partners view with concern when aid is made conditional on the Taliban's commitment to a comprehensive peace settlement and respect for fundamental rights," Misereor country officer Anna Dirksmeier said in an interview with Germany's KNA news agency.

"Without a doubt, the preservation or restoration of human rights must be the guiding goal of any policy. Of course, our partners are also fundamentally interested in this," Dirksmeier emphasized.

"However, there is currently a fear that development aid will be cut," she said. "That would hit the civilian population in Afghanistan hard."